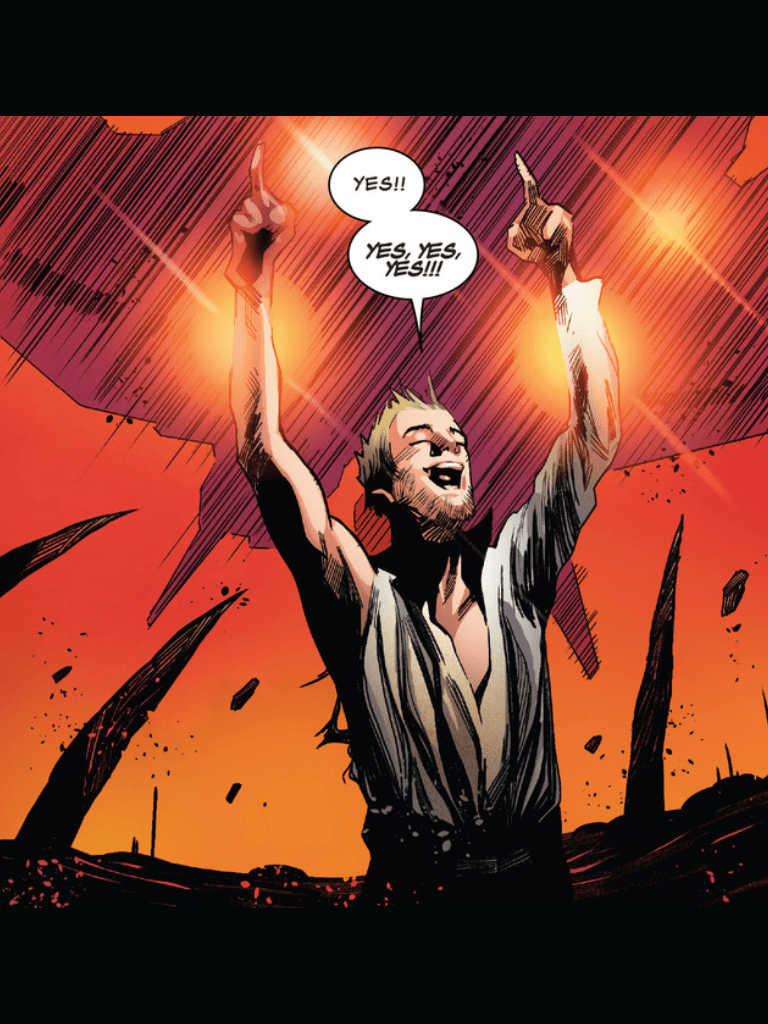 As a life long wrestling fan, well most of my life I did take some time off after the Attitude Era because the product got stale, these are the types of things that speak to me. When my geeky interests collide it does nothing but fill my geeky heart with glee. I’ll tell you what doesn’t fill my heart with glee though, having to make tough choices.

There are tons of great books to be reading this week Geeklings. As I was pouring over what was coming out this I started to think that I’m going to have to write two columns. And that just felt greedy. I write this column on a weekly basis and have done so  since February (humble brag?). If I can’t make the tough decisions on what books to pimp then I’m not only letting myself down, but I’m letting you guys down as well. On New Comic Book Day no less. What kind of monster would I be? After this very riveting pep talk, I looked through the books again and came away with six to promote, and decided to just mention the others. Problem solved, right? Granted some of these books are worthy of having their covers shown but I ain’t go that kind of time.

So with that being said, here are the books that won’t get write ups but you should be paying attention to this week. Are you ready? Cause here they come… Any second now. Go! Be sure to check out new issues of Captain America: Steve Rogers (#hydracap), International Iron Man (whose Tony’s momma?), Titans (Wally’s on the hunt), East of West, Action Comics, and The Flash. 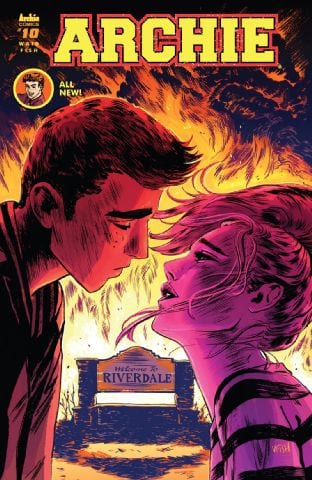 1. Archie #10– “Kevin. Please stop pimping this Archie comic. It’s Archie. I’m never going to read it. You left off The Flash for this?!” Yes I did and I’d do it again and again and again and again. For the love of God look at this cover! Look at it! It’s gorgeous. It totally does justice to the content inside. Geeklings, I seem to say this every month, but I don’t care. It’s my column and I’ll talk you in to reading Mark Waid’s Archie if it’s the last thing I do (actually I would love to know if this has actually worked on any of you. Let me know in the comments). Things are getting heated in Riverdale as people are starting to take sides between Archie and Betty, and with the way Waid has masterfully constructed these characters you can expect the feels. Just start reading. I wouldn’t lie to you. I promise. I mean, look at that effin cover! 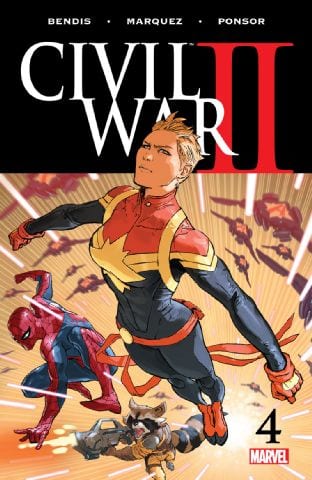 2. Civil War II #4– I want to say that this event is now reaching the half way mark but honestly, I don’t have a freakin’ clue. While the series is only on issue number 4 it seems much longer than that, and part of that probably has to do with how long it’s taking for this conflict to take off. I thought last issue was the series’s strongest (you know that issue when that one Avenger killed that other Avenger and we all went whaaaaaaat) and this issue should really start to see some of the fall out. At some point these heroes are actually going to have to start participating in this so called Civil War because right now it just seems like Iron Man is anti-Minority Report and everyone else just follows Captain Marvel, who is following Tony. See what I mean? Something happen! Even if the conflict doesn’t escalate at least we have some beautiful art work to look at. Something which has been one of the best selling points of the book. 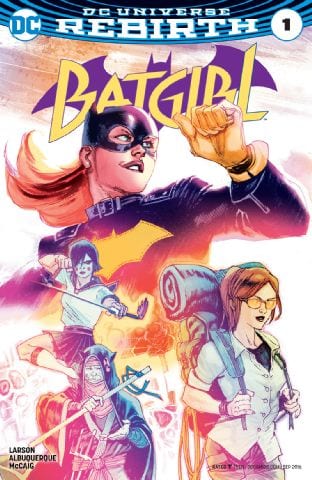 3. Batgirl #1– It’s been kind of a big week for Batgirl with the release of DC’s animated The Killing Joke and now issue one of her new series. I would like to address The Killing Joke real quick before breaking down this issue as I thought it was alright. I expected a bit more if I’m being honest. Don’t get me wrong, Mark Hamill straight up killed the material here, but that seemed to be the only real selling point of the film. The stuff with Batgirl was fine and helped establish her before the events went down, but the movie just came across as meh. An ending that worked so well in the comic came across as flat in the movie. But The Killing Joke story isn’t just showing up in animated movies as it is once again a part of Batgirl’s continuity. Something that changed with the New 52. To that we should say yay because it adds great dynamics to a great character. 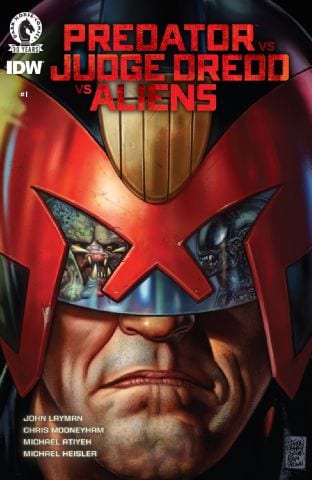 4. Predator vs Judge Dredd vs Aliens– Seriously, what do I need to tell you about this book that the title hasn’t already told you? Just read it. How could this be bad? Well, I’m sure there are a lot of ways but try not to over think it. Just go into it for the mayhem and stay for the joy. 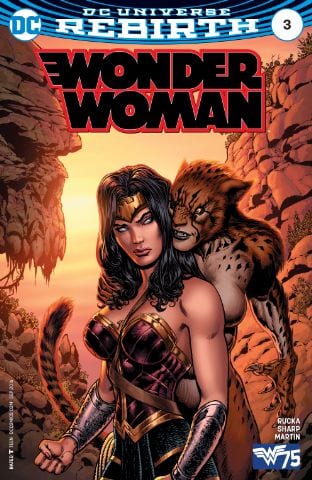 5. Wonder Woman #3– We all saw that auh-mazing Wonder Woman trailer (something that I will be talking about soon in a different column) and how could we not be in a Wonder Woman like high? I was so excited about it that I bought my first ever Wonder Woman comic books. I’ve read books with her in it but never her title. I’m in Geeklings. Rebirth has been a great platform for Wonder Woman as her book has been pretty spectacular in both the story and art department. The trailer has us excited but the movie comes with a bit of a wait. Why not jump into this Rebirth series as not to forget the awesomeness of everyone’s favorite Amazon? 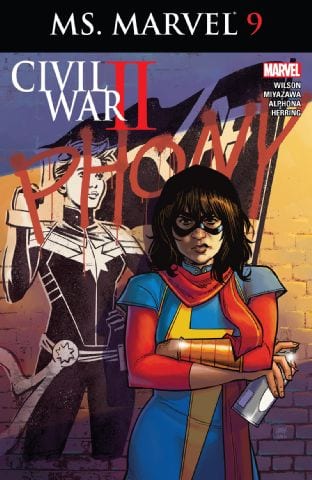 6. Ms. Marvel #9– The Civil War II tie-in has been handled wonderfully here in Wilson’s Ms. Marvel title, as it’s seen Kamala Khan still at the center of the story and not being over thrown by the event. Last week she started working with Captain Marvel (who has been wonderfully casted, but again more on that soon) but it looks like that relationship is about to falter. One of the best things about Ms. Marvel is how she idolizes Captain Marvel and uses her as the foundation of the type of hero she wants to be. There’s a sweetness to her teenage love for a hero she’s looked up to all her life. But you know what they say. Sometimes it’s better not to meet your heroes, and it looks like this relationship isn’t going to last. We also kind of know that because of the titles coming out with Marvel Now 2.0 but we’re getting waaaaaaaay ahead of ourselves. In the mean time please read one of Marvel’s most consistently good books.

Until next week Geeklings! Happy reading and as always the comments are yours to talk comics. If you guys write stuff I’ll jump in for some group chat with you. What’s better than talking to comics with friends?