And while there are a lot of books coming out this week I couldn’t help but notice that there seemed to be a lack of Marvel titles. There’s a handful of them but most of the big names are taking this week off which surprises me considering we’re right in the middle of Civil War II and tie-in issues should be flying. Don’t worry as Marvel has some great books hitting the shelves this week like Black Widow and All New Wolverine but I just felt that it was a quiet week for them. Although Geeklings, if you’re looking to get caught up on some of the All New All Different Marvel titles then turn to Comixology who is having a massive sale right now. I literally just bought the first six issues of The Vision for $.99 each. Yeah. That just happened for me. Wait, do you guys think that that plug could get me free comics? Something like product placement? Someone get the peeps at Comixology on the horn and make this happen. If it’s free it’s for me.

On the other hand, DC is going full tilt boogie this week as Rebirth just won’t give up any steam. Batgirl has her first Rebirth issue which I hear brings the Killing Joke (you know that epic comic and that soon to be epic animated movie, that is now getting two showings at Comic Con… sigh. Someone take me with you) back into continuity. Also Aquaman and Justice League have new Rebirth books out this week. DC is making it a point to win the summer and I’m finding a difficult job arguing with that mind set right now. Especially when you consider the release of Suicide Squad and The Killing Joke on top of the stellar books. Marvel really has it’s work cut out right now. 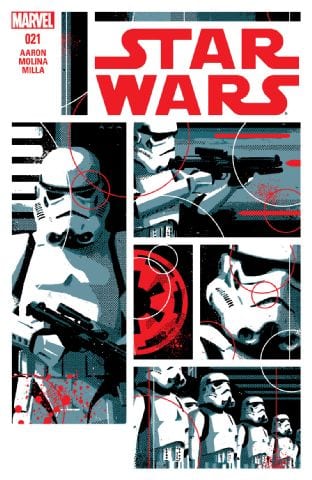 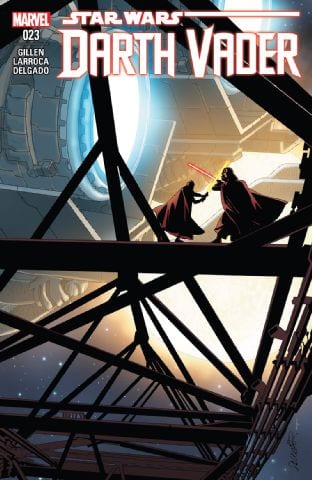 1. Star Wars #21 and Darth Vader #23– You can admit it Geeklings. This is a safe place. A judgement free zone if you will. But we are all getting tired of waiting for that next Rogue One trailer, am I right? Come on already with this thing. I need more Star Wars movie trailers like yesterday. The good news though is while we’re waiting for that new trailer to drop Marvel has got two new Star Wars comics for our eyeholes. Darth Vader #23 not only has a fantastic cover but is approaching it’s series end with only two issues left. Here we have Vader and Morit about to throw down light saber style. Why wouldn’t you want to read that?! In Star Wars #21 we get an issue centered around the Storm Troopers, and while we should assume it’ll be a miss (hahahaha get it? Because Storm Troopers miss everything? Hahahahhaha), I’ve actually heard it comes across like a Band of Brothers type story. That’s enough to get my interest. Plus, again, that cover. 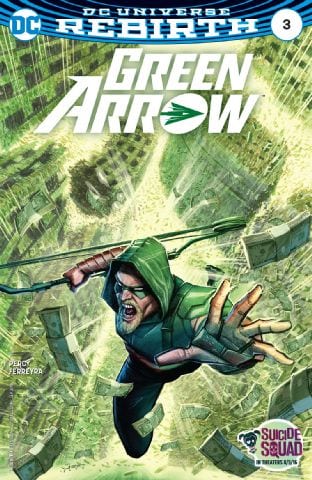 2. Green Arrow Rebirth #3– This could quite possibly be the best book on the shelves right now. If not the best it’s absolutely in the top five. Rebirth has done wonders for the Green Arrow comic and this first story line has been firing on all cylinders. The story is dark and edgy and the art is borderline perfect. With Oliver Queen presumed dead (shhhhh he really isn’t though) there is nothing left but the Green Arrow to defend the Queen name and re-establish Oliver back into society. Putting Oliver in a situation where he has nothing to lose should make for some compelling story telling, not to mention Canary and Diggle are in the background waiting to make their impact felt. You. Should. Be. Reading. This. 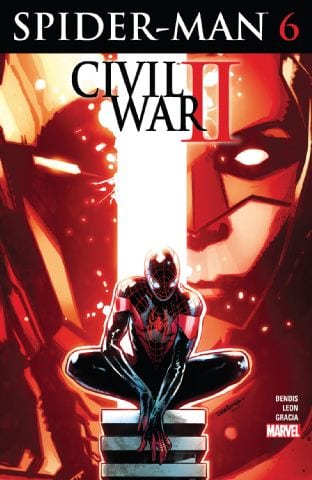 3. Spider-Man #6– When I woke up this morning and checked my email to see that my comics were ready to download, I just assumed this issue of Spider-Man was Peter Parker styles considering Miles just had a book come out a couple of weeks ago. It didn’t dawn on me until later that this was a Miles book and my excitement levels rose faster than (insert catchy metaphor here because I’m drawing a blank). Nailed it! Last issue of Spider-Man brought the series first story arc to a close as well as re-introduced Jessica Jones back to the Marvel fold. This week will see Miles directly involved in the Civil War II conflict, and I’d be lying if I said I wasn’t a little nervous. This is one of my favorite books and I’d hate to see the great story telling be put on the shelf in order to tie in to the big summer event. While Bendis is writing both Civil War II and Spider-Man (he just brought the Guardians to the party last week) one could hope that the tie in will be effortless. I’m hoping he goes the Ms. Marvel route, where the conflict is a part of the story not the story itself. I’ll also be curious to see if Miles sticks with Iron Man (they are Avenger pals) because we know come Marvel Now 2.0, Miles is breaking off with some of the other young heroes. And you can’t introduce Jessica Jones last issue and not bring her back this issue. You know what? I should just shut up and read this thing. 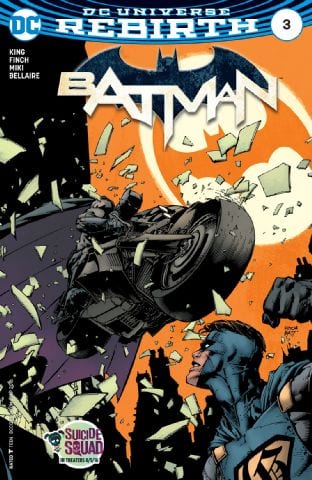 4. Batman Rebirth #3– Geeklings, how hard do I need to sell you on this book? It’s Batman. The new story line has seen the introduction of two new Superman like heroes to the city of Gotham (who could use a better PR department with those names) and the return of Hugo Strange. Just buy it. It’s a freakin’ Batman book. You’ll be happy. I’ll be happy. Let’s just be happy. 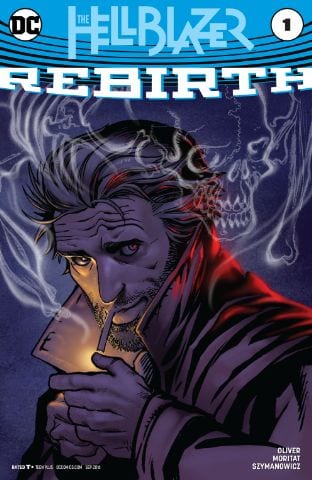 5. The Hellblazer Rebirth #1– Hellblazer has always been a consistent read, so I’ll be curious to see how it fairs within this new Rebirth universe. I feel that there are big things on the horizon for John Constantine and this issue could see the kick off of that. I mean look over to the CW where you can stream the entire first season of the failed NBC show which makes me curious to what that could mean to the television future of Constantine. I would love to see him show up as a team member on Legends of Tomorrow. That would be all types of awesome. In the mean time at least we have the comics.

There you have it Geeklings! A bit heavy this week with the big two but it was hard to ignore these books. If you have any other suggestions feel free to share them in the comments. If not then continue to keep them to yourself… so selfish though. See everyone next week and happy reading!

Images from Marvel, DC, and Community