Warner Bros Discovery’s CEO David Zaslav is conducting a company-wide cleanout in an effort to reduce at least $3 billion in debt. Batgirl and Scooby-Doo were two early casualties. Holiday Haunt, as well as every show that has been greenlit, is feeling the strain of not knowing when the hammer will fall. On DCEU projects, especially, since an anticipated “reset” of the universe to concentrate on large event films was announced.

Fortunately, it appears that the J.J. Abrams-produced Constantine reboot will be ok. Deadline offers a brief overview of the Warner Bros Discovery situation and states:

One HBO Max project that sources point to as being on solid ground and moving along is Constantine, a darker reboot of the DC Comics character from British writer Guy Bolton. The project is set around a diverse lead, rather than the one played by Matt Ryan in the 2014 NBC series and The CW’s Arrowverse, or the 2005 Keanu Reeves feature film. 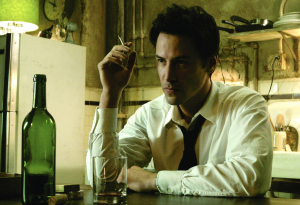 This is surprising since you’d think the deck was stacked against it. For one thing, it appears that the multi-show Justice League Dark project Constantine was supposed to be a major part of may not happen, but Netflix just released another version of the character in The Sandman that has fans asking for her own spin-off.

That’s Jenna Coleman’s gender-swapped Johanna Constantine, who silenced critics and was a fantastic imitation of the characters’ 1980s occult roots Despite all of this, Warner Bros. Discovery’s approach may turn out to be rather distinct in comparison, with rumors that it will be set in the modern day, that they want a “darker” take on occult detective work, and that they’re looking for a more diverse lead (actors Tope Dirisu and Ṣọpẹ Dìrísù have been mentioned as possibilities).

Constantine was scheduled to film in London and Morocco later this year, so we’ll keep our fingers crossed for confirmation.

Home » Television » The New ‘Constantine’ Film From J.J. Abrams is Said To Be Safe For Now… For the Time Being