It’s finally arrived, football-heads the trailer for the Hey Arnold! movie is here and it looks amazing! The movie titled Hey Arnold! The Jungle Movie follows Arnold and the gang as they head to San Lorenzo for a school field trip, which also just happens to be the last place Arnold’s parents went.

The trailer was released at New York Comic Con to a room full of 90s nostalgia nerds and people were loving it. It looks to have the same feel to it as the show did and will be a heartfelt movie about friends and family, which hopefully finds a happy ending for Arnold who has always wondered what happened to his parents.

The trailer is full of familiar faces including Gerald, Helga, Eugene and the grandparents. Hey Arnold! The Jungle Movie picks up right after where the first movie, 2002’s Hey Arnold!: The Movie, left off and has series creator Craig Bartlett helming the script once more.

At SDCC, Nickelodeon released a teaser trailer and a glimpse into what the characters new and updated outfits were going to look like. 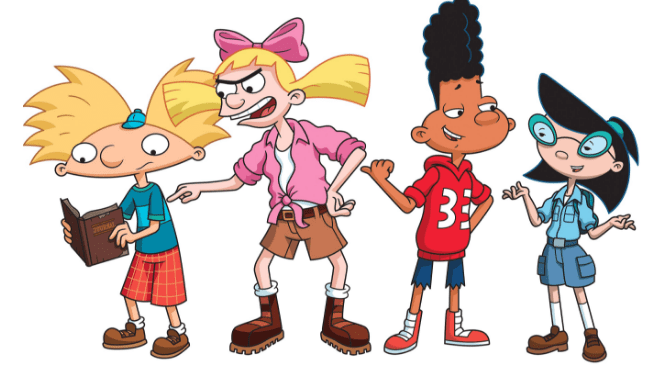 Hey Arnold! was a Nickelodeon staple throughout its 100 episode run from 1996 to 2004. The movie will be premiering on Nickelodeon on November 24th.

SDCC: Football Head is Back! Watch the Exclusive Footage from ‘Hey Arnold: The Jungle Movie’

Here’s the First Look at ‘Hey Arnold! The Jungle Movie’