Riley Howell made the ultimate sacrifice last year when a gunman opened fire in the North Caroline college, UNC Charlotte. In the moment, Riley charged at the gunman and protected his fellow classmates. Unfortunately, Riley was killed after tackling the gunman. As all of his friends knew, Riley was a massive Star Wars fan and his passion was later shared online.

Some time after the tragic loss, James Wes Carrens, who had no relation to Howell, decided to contact Lucasfilm and ask for Howell to be canonized into the Star Wars universe.

Lucasfilm wrote a letter to Howell’s family expressing their condolences and announced that they would be using Riley’s name in an upcoming Star Wars book. Bob Iger also shared the news via his Twitter:

@starwars has always been about celebrating herois. Riley Howell gave his life to save others & was a true life hero. "Riley's courage and selflessness brings out the Jedi in all of us," said fan relations team member Lucas Seastrom. “We hope that you may rejoice in his memory.” https://t.co/RVUmFJ4fgv

It turns out that Master Ri-Lee Howell played a major role in preserving the Jedi Order.

Riley Howell’s mother, Natalie Henry-Howell, told the Charlotte Observer that her son would have loved the idea.

“I like the way they actually left his last name,” Howell said. “I think he would really be appreciative of that. Because, you know, they could have just said Ri-Lee – Jedi Ri-Lee – and we’d be guessing the whole time about whether or not that was really (him), but they put his last name in there just to really honor him … and that really made me cry when I heard about it.”

What a fitting tribute to a hero and a fellow Star Wars fan. I highly recommend picking up The Rise of Skywalker- Visual Companion. The guide comes with a lot of great information that was left out from the film and it contains a very touching tribute that I think everyone should enjoy.

May the Force be with you. Always.

You can read more about The Rise of Skywalker here. 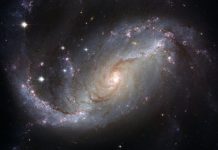