Geeklings, there I was at work, just minding my business, filling my water bottle, when I decided to sneak on to Faceyspace for a second. You know, one of those mental health breaks that I do in secret. Mostly on water runs. Anyway… as I was mental healthing what did I find? Something more glorious then pics of cat cosplays. Something more fantastic then videos of people getting hit in the face. Something so spectacular that it changed the course of my day (that’s right the hype train is real right now). You know what I found Geeklings? I found this–

We’ve got a title to Episode VIII, finally! And immediately the hamster wheel inside my head started turning. For starters I love the title. Love it. I feel that this poster image is saying tons in it’s simplistic nature. Can any of you remember the last time you saw a Star Wars movie logo in red? I honestly can’t and that has me feeling ominous (and generally stoked) for what’s to come. We’ve been hearing for awhile that Episode VIII is going to be some dark stuff (darker then Rogue One though? I wonder…) and if this red lettering and title are any indication then maybe we are going to be heading into some darker Sith like territory. Which raises a bigger question-

Who is the last Jedi?

Lucky for you I’ve got a bunch of thoughts on this. Let’s start with Theory #1 1. The Luke Skywalker Theory- It has to be Luke, right? He seems to be the most obvious choice as he’s the only Jedi left in the saga currently. But what about Rey? Well, Rey isn’t a Jedi…yet. At the end of The Force Awakens it is clear that she is very powerful with the Force (well, duh. She’s Luke’s daughter…right?) but she is no where near being a Jedi yet. I think at this time point in her life Rey falls in line with Leia and her ability with the Force. No one would call Leia a Jedi Knight but we also wouldn’t deny the fact that the Force runs strongly through her. Seen case in point with her ability to feel for the safety of others. In Jedi she knew Luke was off the Death Star and in The Force Awakens she knew when Han died. That’s Leia’s power. Rey on the other hand has the ability to be a Jedi Knight, something I think Leia shied away from (politics, right?), but she can’t achieve this without Luke.

Luke is it. There’s no one left since Kylo and the Knights of Ren laid waste to the students in Luke’s Jedi Academy. And what happened after that? Well Luke pulled a Yoda. There were feelings of failure and sorrow and he did the only thing he could think of, he went into hiding essentially trying to remove the Jedi from the earth. Considering he is the last of his kind, there would be no more Jedi without his tutelage. I think a part of Luke sees too much sorrow and heartbreak within the Force or in the life of the Jedi to condone teaching it. Think about it, what good has come of being a Jedi Knight in his family. Anakin was the chosen one and we all know how that went. Kylo only wants to emulate one side of grandpa to the point where he kills all the new remaining Jedi. Then the whole Han thing, which I’m sure Luke feels responsible for. I think Luke is too focused on the suffering and the dark side of the Force which is why he pulls away. I’m not saying that Luke has gone evil but I think at this point in his life (in isolation), Luke believes the world would be better without the Jedi.

Which leads me to believe that the premise of Episode VIII could be Rey trying to convince the last Jedi that there is hope within the Force. To bring Luke out of despair and have him become Yoda. What is the galaxy without the Jedi? Their existence is necessary and Luke needs to be reminded of that. Don’t get me wrong, he is tasked with an impossible mission, to rebuild an ancient religion from the ground up, but he has the ability to do it right. To form the Jedi Order in his vision. But broken hermit Luke needs direction otherwise he will be the last Jedi.

Which brings us to Theory #2 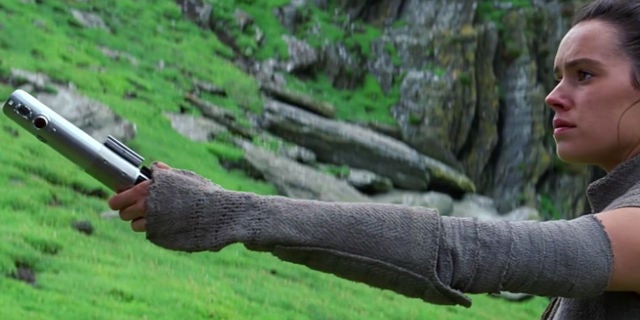 2. Rey Will Become the Last Jedi Through the Passing of the Torch– Alright in the theory above I mentioned how Rey is not a Jedi yet.  Now let’s picture that Luke agrees to train her in the art of the Jedi. Now there are two, a master and the apprentice. I’m aware that this is a Sith mentality but stay with me. Suddenly the Jedi Order is growing and there’s hope in Luke’s redemption not to fail again . One would have to believe at some point there will be a confrontation between Rey and Kylo…and Luke? I don’t see how this new trilogy can avoid a fight between Luke and Kylo. But Luke is in full teacher mode and maybe being in isolation has made him stronger in the Force then anyone could have possibly imagined. Seeing that it’s futile battling his nephew Luke pulls an Obi Wan and allows Kylo to kill him so he can come back as a Force Ghost. Which would then make Rey the last Jedi leaving her the responsibility to rebuild the Jedi Order.

Here’s why I hope this isn’t the case. For starters it’s too much like the original trilogy. I loved how The Force Awakens borrowed from A New Hope as it helped establish familiarity and fun to the franchise, but I think that’s where it needs to stop. Luke sacrificing himself to become a Force Ghost is not even the slightest bit subtle. If Luke battles Kylo and dies then so be it (how badass would Kylo become killing off two major characters?) but it shouldn’t be done to just mirror the original trilogy. It would essentially lead to the same story being told as in Episode IX, Rey is all on her own and teaches herself the rest of what she needs to be a Jedi. If it were up to me, this new trilogy should help restore some stability to the Jedi Order while being a new and original story.

Plus I don’t really like this theory because Luke dies. I don’t think my childhood could handle that. 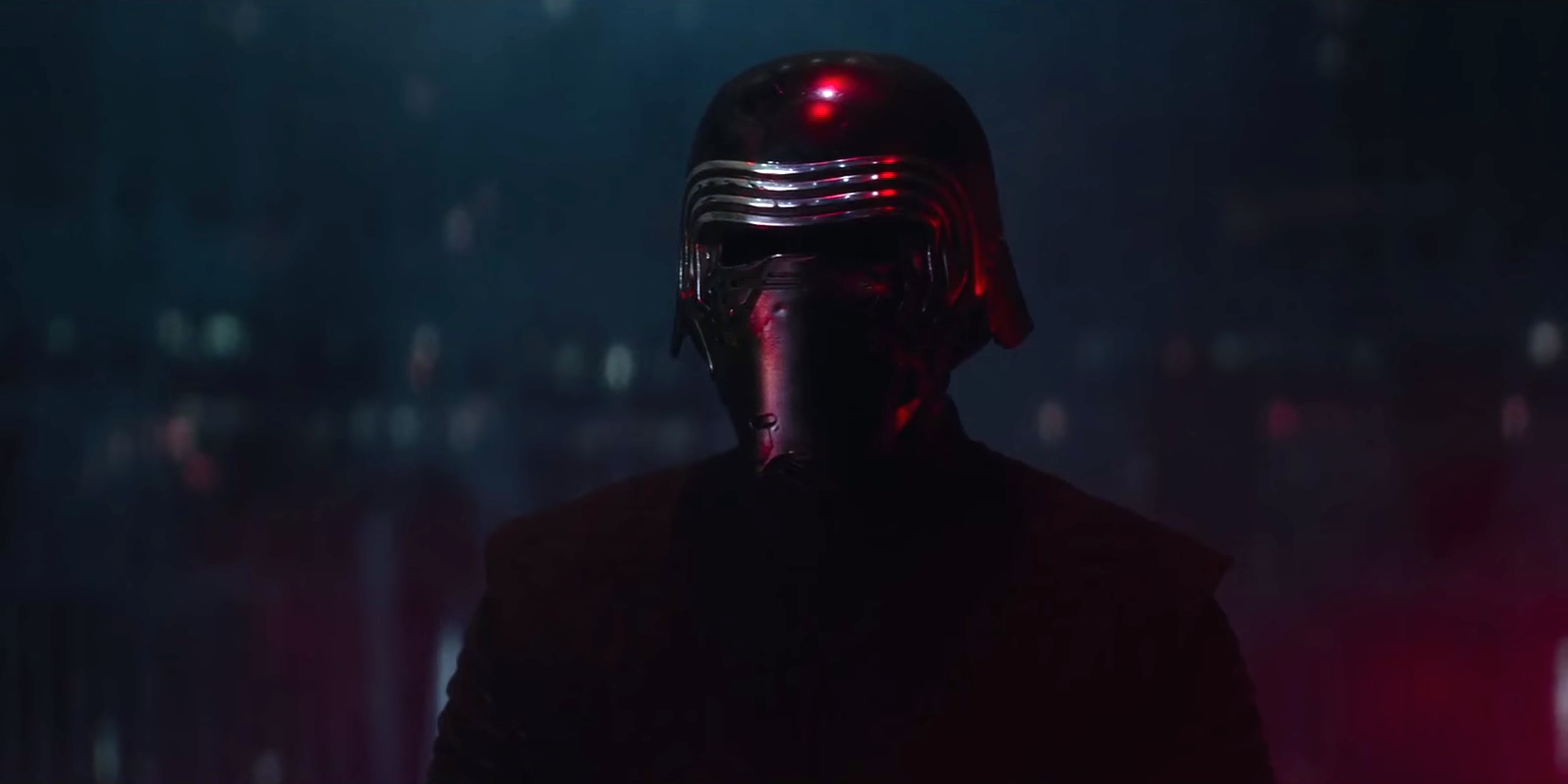 3. Kylo Ren Becomes the Last Jedi– I’m sorry, say what now? Hear me out though. Let’s revisit the idea of a big battle between Kylo, Rey, and Luke. There is no way that Kylo isn’t going to want revenge on Rey for besting him at the end of Force Awakens, and Rey still wants to avenge Han, the father figure she always wanted. An epic light saber battle breaks out and Rey bests Kylo, again, because home girl is strong in the Force. Right as she’s about to deliver a death strike, Luke intervenes saving his nephew. Rey feels betrayed and confused and gets wrapped up in her emotions thus striking out at Luke. No?! Yes! Rey kills Luke in a fit of emotional rage and Kylo watches his uncle die bringing him back to the light to defend his family honor. Kylo escapes with Luke’s body, Jedi funeral is a must for Luke, and changes his path.

What happens to Rey though? Well, seeing that she is waaaaaay stronger in the Force then Kylo, Snoke takes her as his student manipulating her while clouding her judgement which thrusts her deeper and deeper into the dark side of the Force. This turn of events allows Kylo, who has wrestled with turning to the light side of the Force, to fulfill his family destiny and save his cousin (right?) from Snoke which would restore balance to the Force and together they could build a new Jedi Order.

Do I think this is going to happen? Probably not. Would it be awesome to see? You bet your sweet bippy it would.

There is one more theory though. It’s a real outsider but… 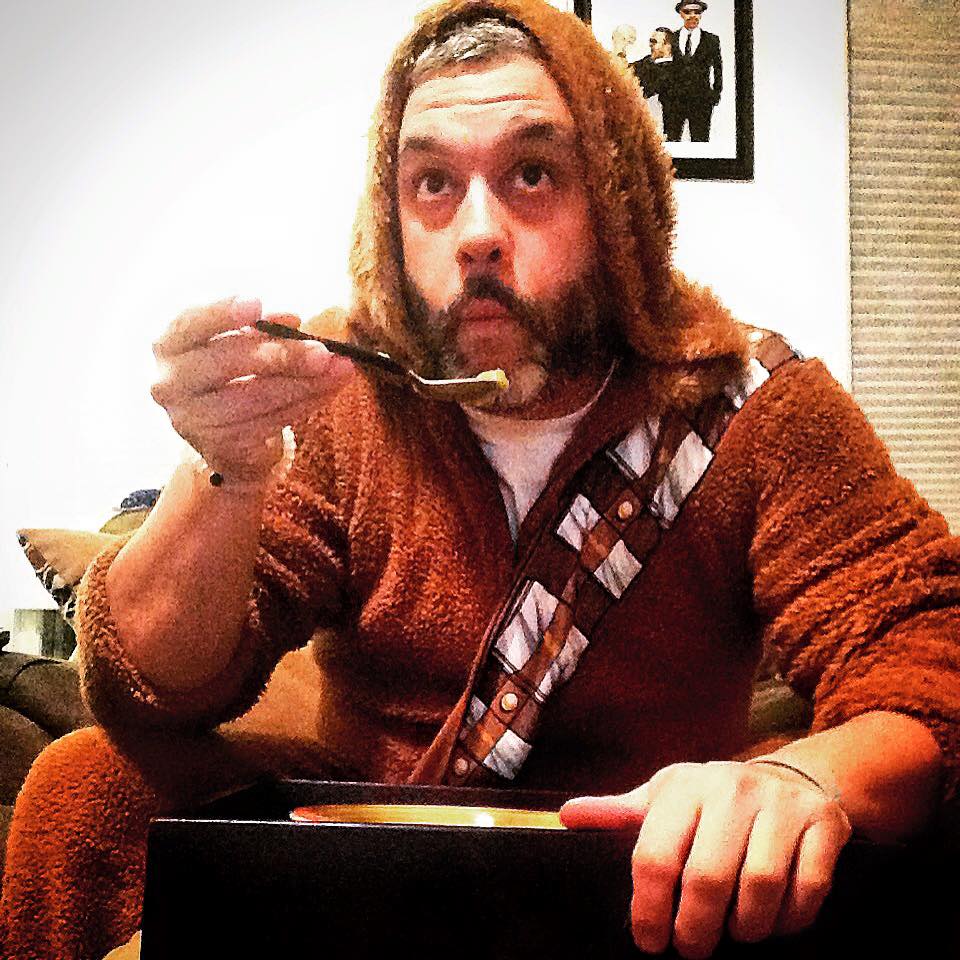 There you have it Geeklings. These were my immediate thoughts. I’m not going to say that my theories aren’t going to change from here to December because that would be a lie. I might expand upon some or scrap some of them all together (with the exception of four as I’m holding out for that). Now this is the point in the column where I turn it over to you guys. What do you think? Who is the last Jedi? Are you excited about the new Star Wars title? Do you agree or disagree with any of my theories? By all means share your own. I’m curious to what everyone thinks. The comments belong to you or you can find me on Twitter @iamgeek32 if you want to discuss further. It’s a long time till December so we’ve got a lot of talking to do. May the Force be with you Geeklings!

(if anyone wants to praise how good I look in a Wookie Onesie I’ll gladly take any compliments you’re willing to dish out. Feed my ego people!)

Images from Disney and my own personal collection

You can follow more of my word adventures at my blog, I Am Geek