We’ve been eagerly awaiting The Incredibles 2 since the moment we stepped out of The Incredibles theater in 2004, and now that we know we only have to wait until June to see it, we’re dying for any new information we can get our hands on. Well, Disney and Pixar answered the call today by releasing a whole slew of new characters and the amazing actors that will be voicing them! The new voices will be joining  Incredibles  OGs Holly Hunter, Craig T. Nelson, Sarah Vowell, Samuel L. Jackson, and writer/director Brad Bird. Young Dash will now be voiced by Huck Milner. 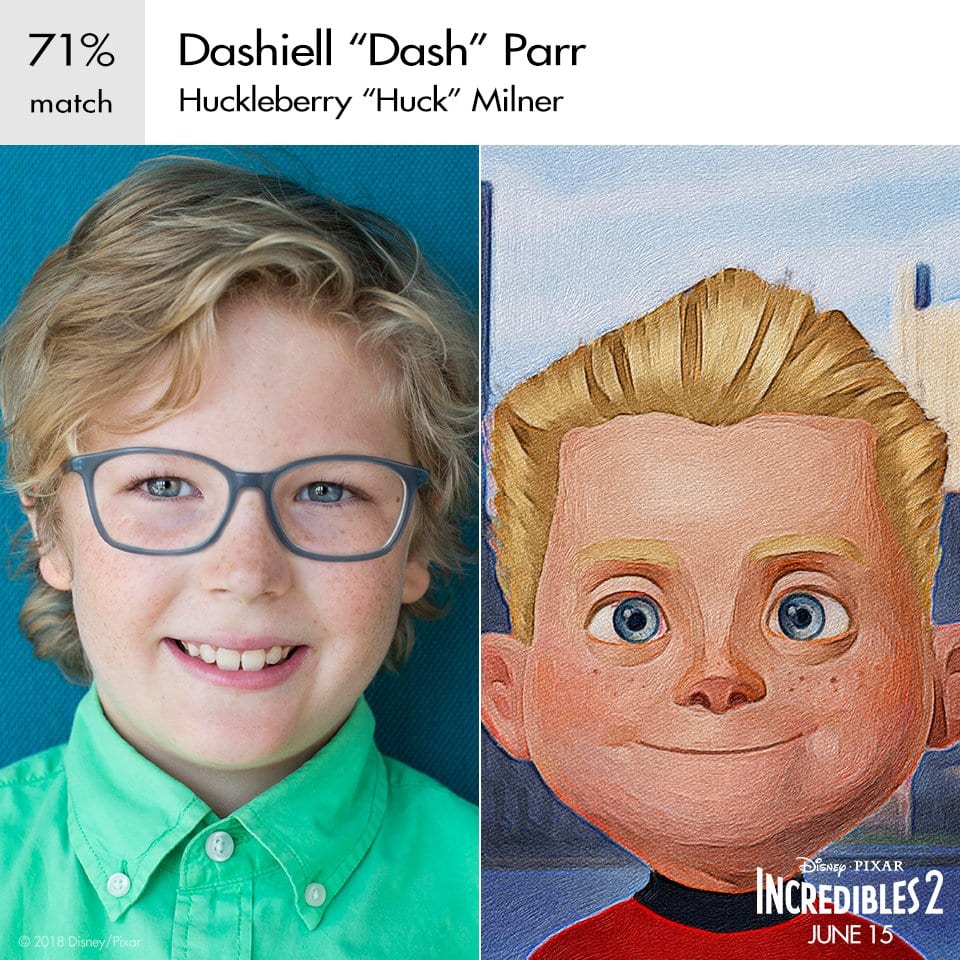 Incredibles 2 will be following Elastigirl, who has become the face of “a campaign to bring Supers back into the spotlight.” While she’s conducting her business, Mr. Incredible will be at home helping get Jack-Jack’s emerging powers under control. Hilarity is bound to ensue there. Pixar made the announcement even more fun by playing off of the recent Google Arts & Culture app that took the tech world by storm last week and providing a portrait of what each of the new characters will look like.

Let’s check out the newbies, shall we? 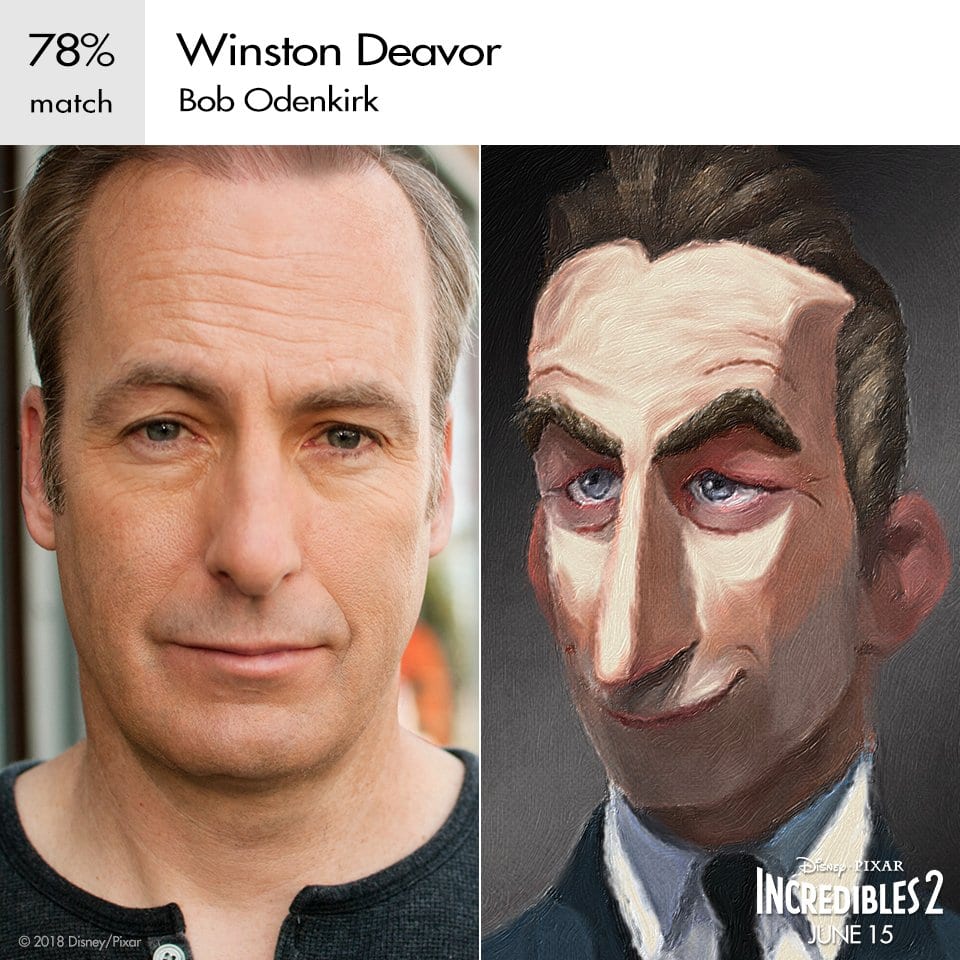 Better Call Saul and Breaking Bad’s Bob Odenkirk will be playing a telecommunications mogul by the name of Winston Deavor. Pixar described him as “big in everything he does—including his infatuation with Supers. He has been a supporter of Supers returning—all he needs is a hero (or three) to help him change public perception and bring them back into the sunlight.” 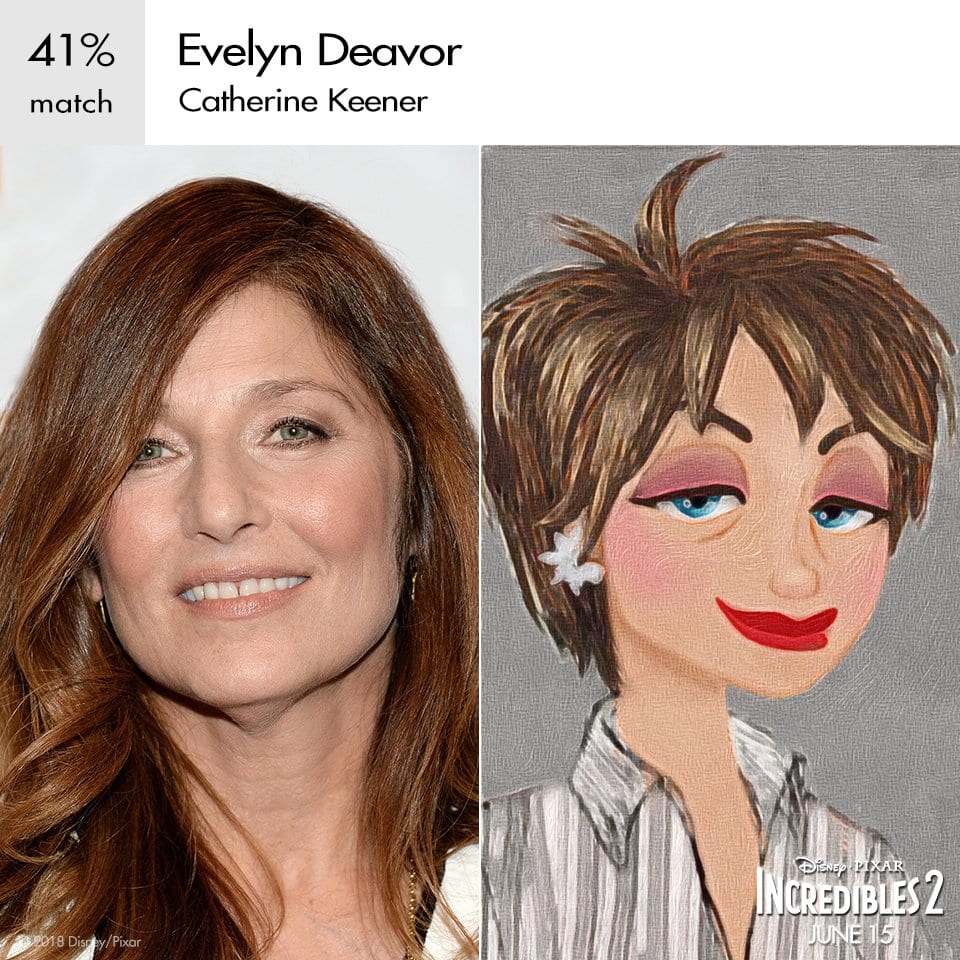 Get Out’s Catherine Keener will be voicing Winston’s sister, Evelyn. She’s described as a “tech-happy problem-solver” and the brain behind the successful Deavor corporation. With a name that sounds an awful like “Evil Endeavor,” I think it’s safe to say that we may have a potential villain on our hands here. 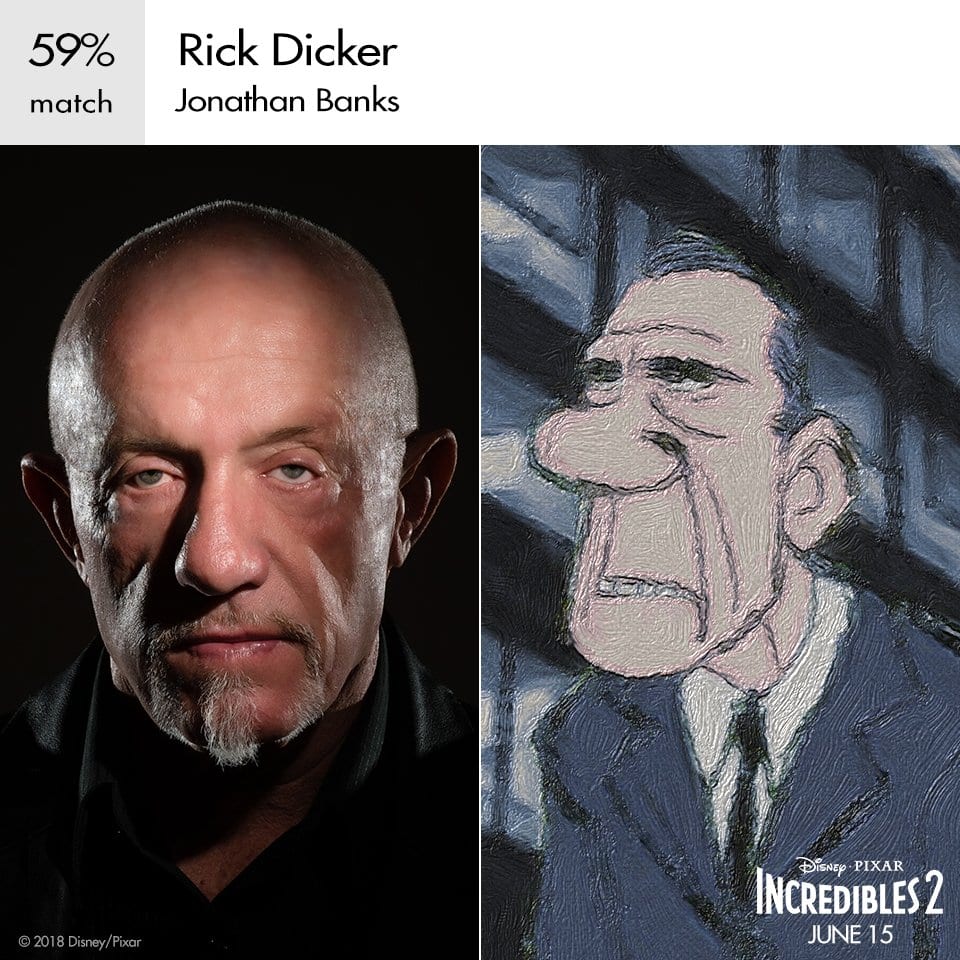 From the small screen to the big screen! Jonathan Banks joins his Better Call Saul co-star as Super Relocation Program Agent Rick Dicker. The character was previously voiced by Bud Luckey, but now Banks will be tasked with keeping the Super identities secret. 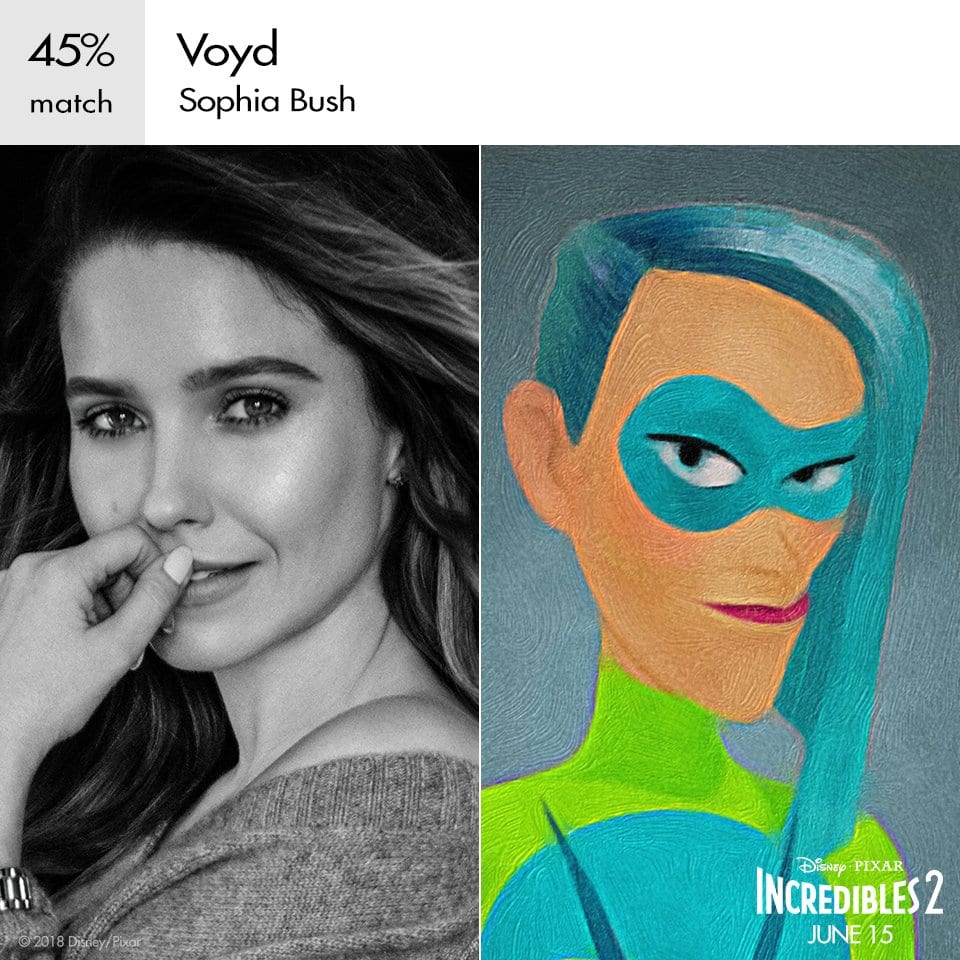 Chicago PD and One Tree Hill star Sophia Bush will be playing a young Super named Voyd. Pixar described her as being able to “divert and manipulate objects around her by creating voids that allow the objects to appear and disappear, and shift in space.” 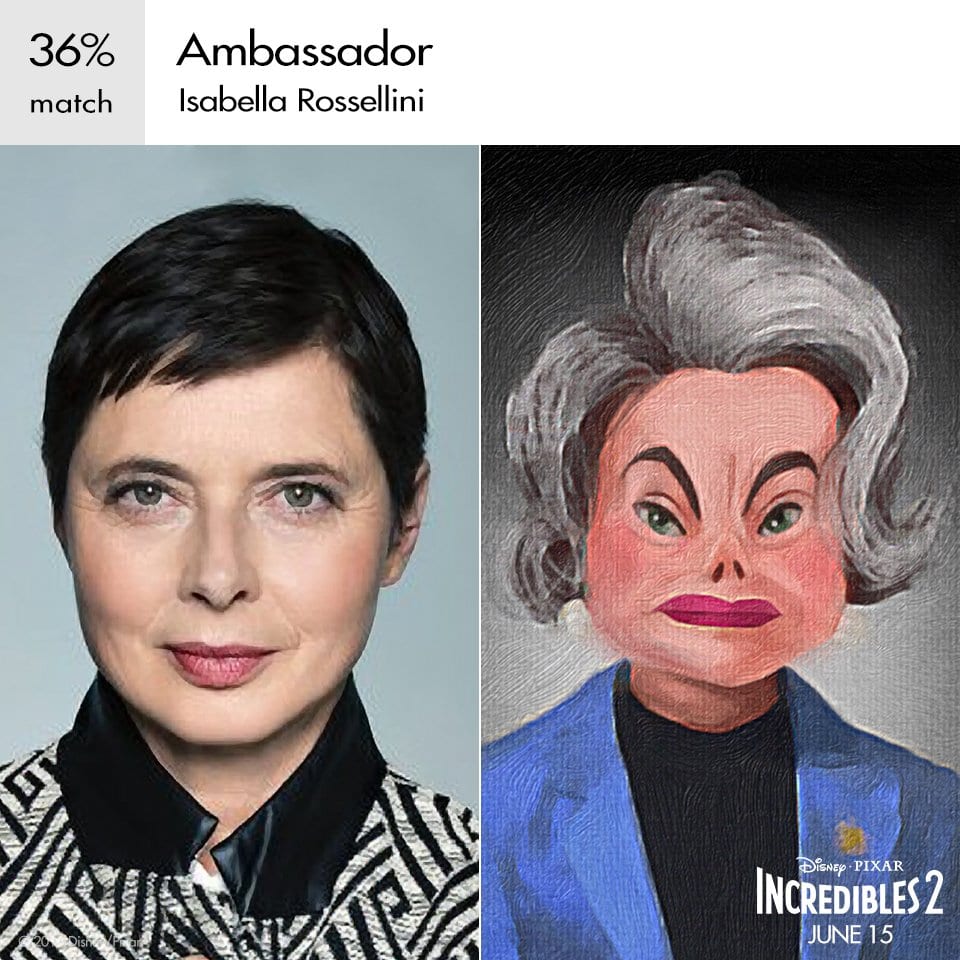 Last but not least, we’ve got ourselves a new foreign dignitary by the simple name of Ambassador who will be joining the fight to allow the legal return of Supers. The character will be voiced by Blue Velvet’s Isabella Rossellini.

What do you think of the new characters? Do you think one of them will be the film’s villain? Sound off in the comments! The Incredibles 2 will be flying into theaters on June 15, 2018, and be sure to check out the teaser trailer below.