Yo ho, yo ho, there’s a giant pirate ship at the courthouse where the trial continues for Johnny Depp and Amber Heard.

On Tuesday, a flatbed truck decorated as a Pirates of the Caribbean ship was parked outside the courthouse building. The truck is just one of many strange things to appear outside the courthouse since the trial began. Large crowds of people have gathered to show their support for Johnny Depp, including some people who brought alpacas.

On Friday, Depp and Amber Heard’s legal teams finished their arguments after seven weeks of a trial that revealed personal details about their lives. These included accusations of domestic violence and substance abuse from both sides. After both teams rested last week, Depp flew to England to perform in a Jeff Beck concert. The jury resumed deliberations on Tuesday following the holiday weekend. 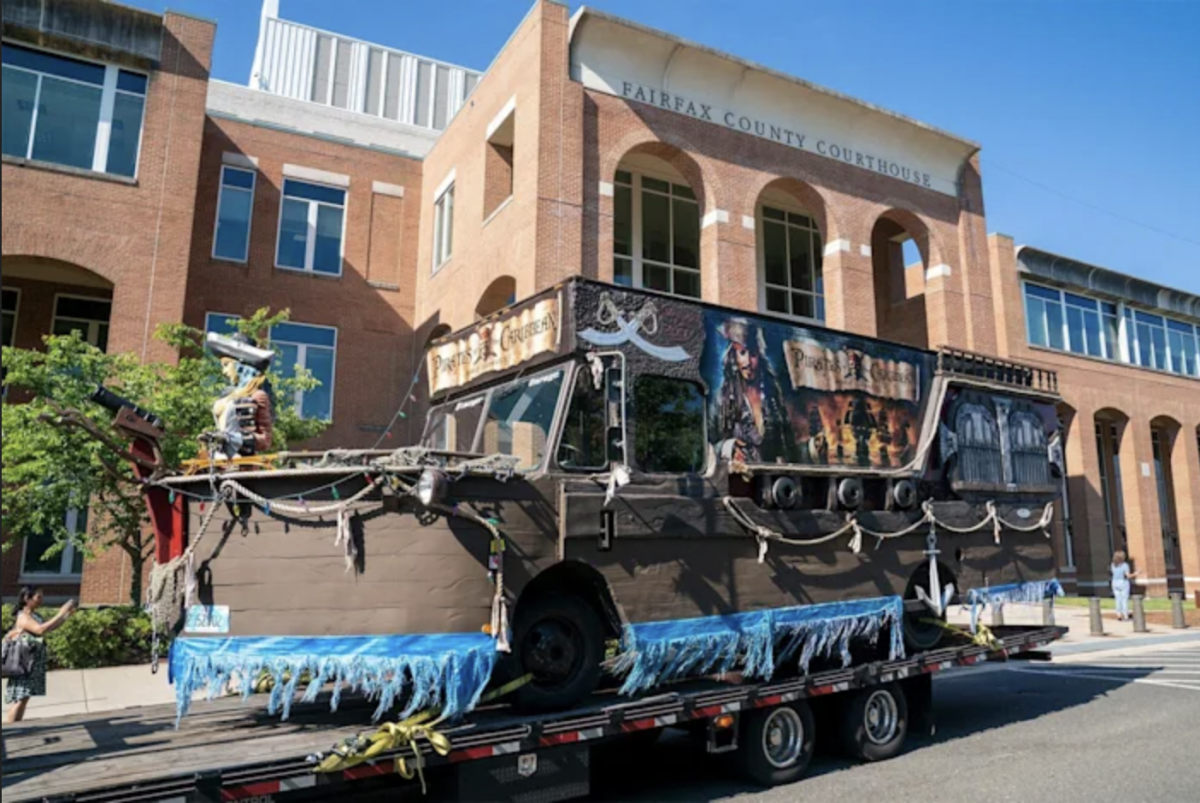 Depp is suing Heard for $50 million because she wrote an op-ed about being a domestic violence survivor. Depp’s lawyers say that she mentioned him by name, and they argue that it has damaged his reputation. Heard has filed a $100 million countersuit, claiming that Depp and his team have defamed her by calling her allegations a hoax.

Depp has said that he would not reprise his role as Jack Sparrow in Pirates 6, even if Disney offered him a lot of money. This statement came during the trial about the movie.

Depp has blamed Heard’s op-ed for making his relationship with the studio worse. He said that Disney dropped him just days after the article came out. Heard’s team has countered by saying that there were reports about Depp’s behavior months earlier, including his drinking habits and the poor box office performance of Pirates 5.

Despite the trial, Depp’s fans remain devoted to the Sparrow character. This is shown by the number of people who dress up as pirates to watch the trial. Even though the trial has cost a lot of money, some fans have spent a lot on it. For example, one woman from Los Angeles said she has spent around $30,000 just to be a spectator.