On Sunday night’s crazy Game of Thrones Season 6 finale, a portion of a MAJOR fan theory was confirmed!  The theory, called R+L=J, addresses Jon Snow’s true parentage and lineage.  This theory has been circling through GoT fandom for quite some time and suggests that Jon is not Eddard (Ned) Stark’s son but, in fact, his nephew.  While there was some evidence to vaguely support this theory, it was never confirmed, until now.  Well, partially.

In the Season 6 finale, Bran Stark begins to have a vision quest flashback, once again, placing him at the Tower of Joy.  Bran follows Young Ned Stark as he enters the tower to find Lyanna, his sister, in bed screaming and covered in blood.  She says she wants to be brave and that he needs to listen to her.  She whispers something inaudible in his ear before saying, “If Robert finds out, he’ll kill him.  You have to protect him, promise me, Ned.  Promise me.”  Ned is handed a crying baby while Lyanna continues to say, “Promise me.”  While we are viewing a close up shot of the baby’s face, the scene cuts to a close up of Jon Snow.  Mind…. blown….

But, wait.  That means we only know who the “L” is in our equation.  Who is the “R”?  All we have is X+L=J.  The theory suggests that “R” (aka. Jon Snow’s dad) is actually Rhaegar Targaryen and that he and Lyanna had run away together to pursue their forbidden romance.  This would make Jon Snow part Targaryen!

The full scope of this theory has yet to be officially confirmed but, the little piece of the puzzle that we do know already has fans searching and obsessing about finding the answer.  So much so that, once again, many are turning to Siri, Apple’s sassy voice-command assistant, for answers.  You may remember, back before Season 6 premiered, Siri had some thoughts about Jon Snow’s fate which, at that time, had yet to be resolved.  Now, she has some responses to the burning question, “Who is Jon Snow’s Father?”

Check out the response below or, ask Siri the question for yourself (side note: We’re super happy she spells “Jon” correctly now)!  Also, make sure you check out our Game of Thrones: The Winds of Winter recap.

What do you think of the R+L=J theory? 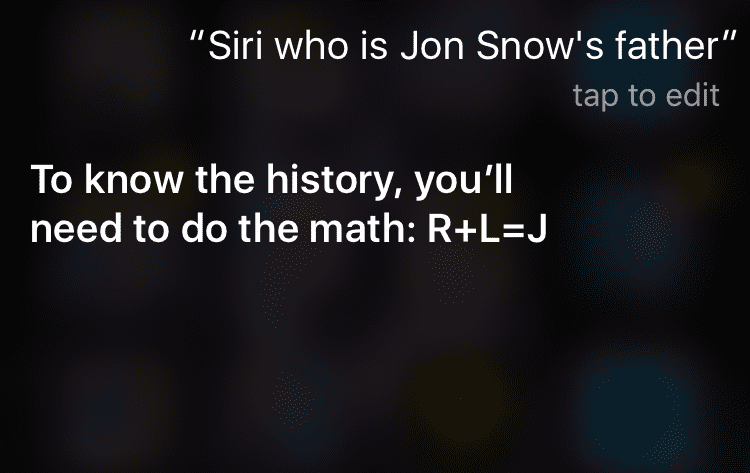 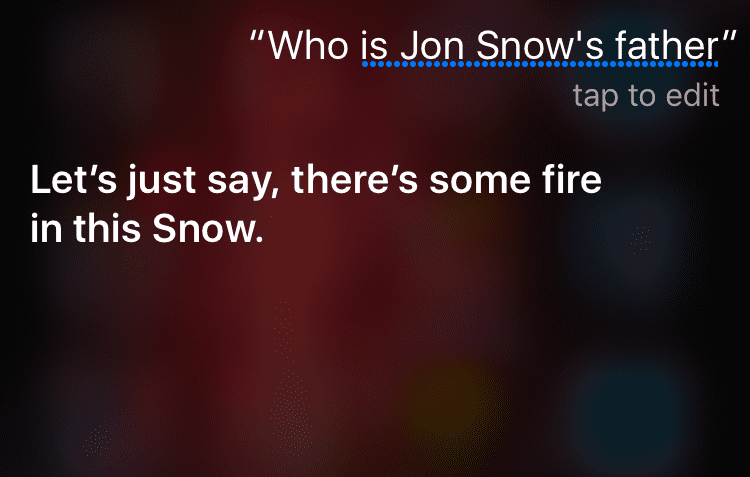 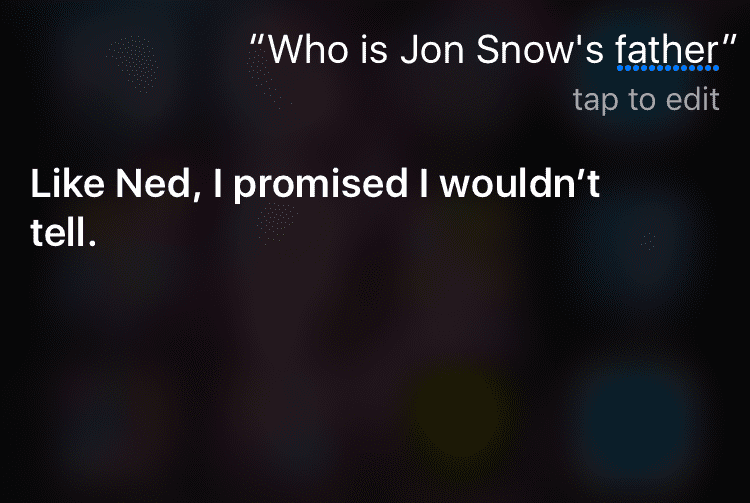 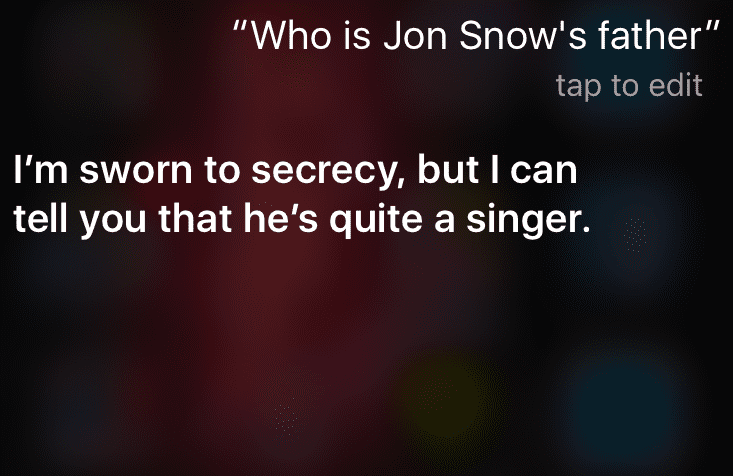 Home » Fandom » “Who is Jon Snow’s Father?” Apple’s Siri Has Some Sassy Answers!