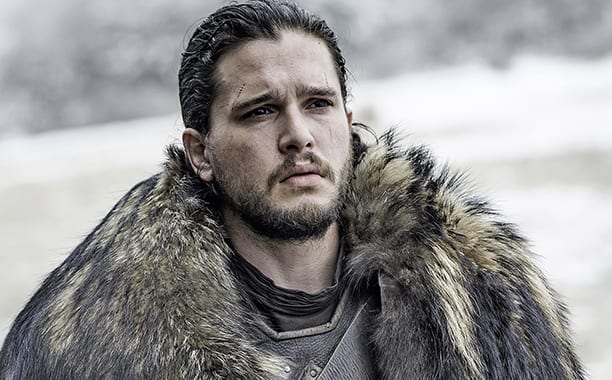 Game of Thrones has concluded its 6th season with a monstrous episode that did not disappoint.  This has, arguably, been the best season to date and so much happened with this finale episode.  A super-sized finale calls for a super-sized recap!  Let’s get right into it!

The episode begins by following Cersei, King Tommen and Queen Margaery as they prepare for the upcoming trials for Ser Loras Tyrell and Cersei Lannister which will take place in the Sept of Baelar.  As the crowd gathers inside, which includes Margaery and the High Sparrow, Grand Maester Pycelle is stopped by a child who whispers something in his ear.

Loras Tyrell is retrieved from his holding cell, and brought to the center of the Sept.  He admits guilt to all of his crimes.  He renounces his name, his lordship and claims on High God, his right to marry and have children and states that he will devote his life to the Seven Gods.  The High Sparrow has Loras kneel and pledge an oath before the sparrows carve the seven pointed marking on to his forehead.

Cersei and Tommen have still not arrived at the trial.  The Mountain detains Tommen, preventing him from leaving.  As Margaery questions Cersei’s whereabouts, the High Sparrow promises that Loras may leave as soon as Cersei’s trial is complete.  At this point, Lancel and the other sparrows are sent to bring Cersei to the Sept.

They see a child running through the streets and Lancel begins to follow.  At the same time, another child is leading Pycelle to Qyburn’s underground laboratory.  Suddenly, Pycelle is surrounded by children wielding daggers and is stabbed to death meanwhile, Lancel is following the child further underground, into a storage room.  The child pulls a dagger out and stabs Lancel, leaving him on the ground and alone.  As Lancel begins to crawl for help, he notices he is surrounded by barrels of green, glowing liquid.  Lancel sees a low burning candle which is about to reach the top of the green fluid.  Simultaneously, Margaery begins to realize something is wrong and orders the High Sparrow to evacuate the Sept.  They try to escape but are held back by the sparrows.  Just then, the candle flame meets the green liquid and the underground store room ignites with wildfire which explodes beneath the Sept, killing all who were inside.  A smiling Cersei watches as green flame and black smoke fill sky.  Tommen also watches the events unfold and is shocked by what he sees.

We now find Cersei standing over Septa Unella who is shackled to a table as her prisioner.  She is torturing her, demanding that she “confess” to taking pleasure in her treatment of Cersei during her internment.  Unella says she is ready to meet the Gods however, Cersei informs her she’s not going to die today or for quite a while.  The Mountain, Gregor, walks in and removes his helmet.  Cersei tells Unella, “Your Gods have forsaken you.  This is your God now.  Shame.  Shame.  Shame.” Cersei exits the room while Gregor approaches Unella who can be heard screaming after the door closes behind Cersei.

Tommen is left trying to come to terms with what has happened.  Instead of siding with his mother, he backed his wife.  It is safe to say he was certain his mother would be killed today however, now, his beloved wife is dead at the hands of his mother.  Without hesitation, he removes his crown, steps into the window and free falls over the side all the while, King’s Landing is burning off in the distance.  (Did this just confirm the Season 5 prophecy given by Maggie the Frog?).

Cersei views Tommen’s dead body and instructs that he should be laid to rest with his grandfather, his brother, his sister.  They are to burn the body and bury the ashes within the destroyed rubble of the Sept.

Sam is at the Library:

Sam and Gilly  go to the Citadel in Oldtown where Sam presents a letter from Lord Commander Snow at Castle Black.  The Citadel has not received word of a new Lord Commander or has not heard anything from the Maester Aemon.  Sam is told that the Arch Maester will discuss the irregularities with him however, in the meantime, he may use the library.   The library is literally floors and floors and floors of walls filled with more books than you can imagine.

Jon Snow and Melisandre are chatting when Davos walks in and presents the wooden stag which once belonged to Shireen.  Davos forces Melisandre to confess to burning her at the stake and he demands she pay for killing an innocent girl whom he loved as a daughter.  Jon Snow sends Melisandre away stating that, if she were to ever return to the north, she would be hanged as a murderer.  Davos threatens that, if she were to ever come back, he would execute her himself.

On the castle walls of Winterfell, Jon tells Sansa she will sleep in the lord’s chambers.  When she insists that he should take it, Jon says he is not a Stark to which Sansa replies, “you are to me.”  Jon says the only reason they made it to Winterfell is because of Sansa.  Sansa apologizes for not telling Jon about the Knights of the Vale.  Jon replies, “We need to trust each other.  We can’t fight a war amongst ourselves.  We have so many enemies now.”  Sansa informs Jon that a white raven came from the Citadel.  Winter is officially here.

Olenna Tyrell is in Dorne meeting with the Sand Snakes.  They want an alliance between the Martells and the Tyrells against the Lannisters.  Olenna wants vengeance.  Varys enters and tells Olenna that they offer fire and blood.

Daario and Daenerys and Tyrion:

Daario informs Daenerys that her ships are almost ready to sail.  When Dany tells Daario that he cannot come with her, he professes his love for her.  He does not want a crown, he just wants her.  She insists that he stay behind and keep the peace in Meereen while she makes alliances in Westeros through marriage.  After this discussion, Dany meets Tyrion who asks how Daario took the news.  She says there were “no tears” to which Tyrion replies it’s that type of self-sacrifice that marks a good ruler.  Dany is fearful that she just had to say farewell to a man who loves her and she felt nothing. Tyrion, trying to comfort her, tells her that Daario wasn’t the first to love her and he won’t be the last.   After he says this, Tyrion seems to become lost in his own thoughts and fantasies for just a moment.  Could he possibly be falling for Dany??  He quickly snaps back to his senses as Dany names him Hand of the Queen and pins him with the Hand’s badge.

Jaime and Bronn are dining at Twins and discussing a serving girl who is making eyes at Jaime.  When Bronn leaves the table with two other women, Walder Frey sits beside Jaime.  While Walder is mocking the Blackfish, Jaime points out that the only reason Walder has any power is because of help from the Lannisters and, warns that the Freys may no longer be of need to them.

Later in the episode, the serving girl is fixing Walder Frey his meal  The two are alone in the hall at Twins when Frey asks for his sons. The serving girl replies, “They’re here, my Lord.”  He demands they come to him now.  Once again, the serving girl insists, “They are right here, my Lord.”  She motions to the food on his plate and he takes a closer look to discover human remains mixed in.  The serving girl says they weren’t easy to carve as she pulls off her face to reveal she is Arya Stark. Arya announces her name and slits Frey’s throat saying, “The last thing you’re ever going to see is a Stark smiling down at you as you die.”

The Tower of Joy Revisited:

We finally catch up with Bran, Benjen and Meera.  Benjen rests Bran against a tree before riding off.  Bran notices blood dripping out of the eyes of the tree.  He reaches out and touches the tree which causes him to flash back to the Tower of Joy.

Bran follows Young Ned Stark as he enters the tower to find Lyanna, his sister, in bed screaming and covered in blood.  She says she wants to be brave and that he needs to listen to her.  She whispers something inaudible in his ear before saying, “If Robert finds out, he’ll kill him.  You have to protect him, promise me, Ned.  Promise me.”  Ned is handed a crying baby while Lyanna continues to say, “Promise me.”  While we are viewing a close up shot of the baby’s face, the scene cuts to a close up of Jon Snow.  Did they just confirm R+L=J?  Or at least it’s X+L=J but, we can definitely solve for X here.

King in the North:

Jon Snow is trying to unite his forces.  He tells them that the true enemy won’t wait out the story, he brings the storm. There is much side discussion and commotion before Lady Mormont stands and begins to speak.  She calls out each house who refused the call.  She states the north remembers and knows no King in the north other than Stark.  She proclaims Jon Snow her King and the others rally behind her.  They begin chanting, “King in the North!  King in the North!”  Sansa and Littlefinger exchange glances.

Jaime arrives at King’s Landing to see the smoke from the wildfire. He enters the throne room and sees Cersei approaching the throne.  She is proclaimed and crowned Queen of the Seven Kingdoms.

The final shot of the episode shows Daenery’s and the Iron Fleet sailing from Meereen.  Her three dragons fly along with the fleet as the scene cuts to black.

With the HBO series outpacing George R.R. Martin’s novels, we weren’t quite sure how this season would go but, just based on Battle of the Bastards and The Winds of Winter, it’s clear this that there is nothing to worry about.

What did you think of last night’s season finale?  Let us know in the comment section below!