Ain’t no rest for the wicked or for fans of Fear The Walking Dead this weekend as SDCC storms the pop culture realm with news on the series that captured its largest audience in its most recent season.

So far, we’ve got the premiere date and a special look at comic con art for Fear The Walking Dead and we are impressed. The series is slated to return for season 3b on September 10th. 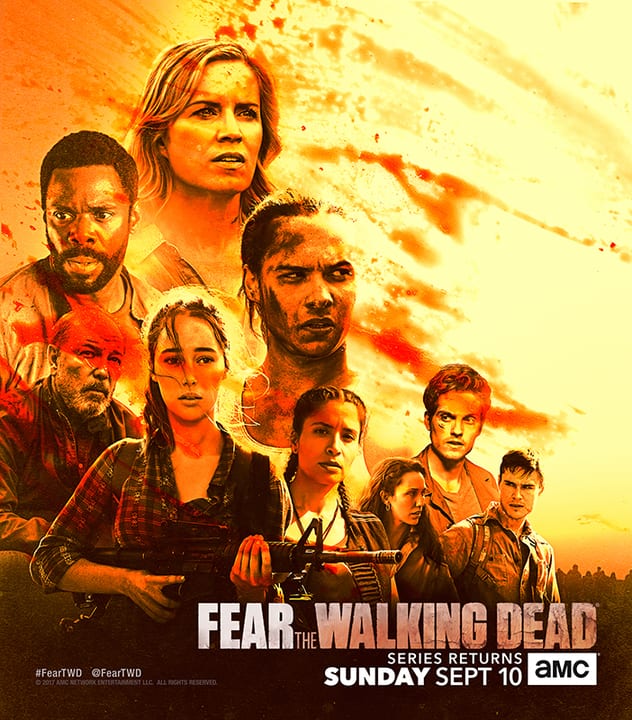 Fans will be happy to know that the loose ends left at the end of the midseason finale will be tied up sooner than expected with a premiere seemingly weeks away, but for those who may have strayed away from the series, there’s still enough time to play catch up.

Keep up with us for more Fear The Walking Dead news from SDCC over the next few days and if you’re around for the convention, don’t forget to check out an interactive experience from AMC at MLK Park – directly across from the convention center starting Thursday.