When I found out that Breaking Bad was reuniting for a special panel at San Diego Comic-Con for its tenth anniversary I just about threw a pizza on the roof in a fit of excitement.

Series stars Bryan Cranston, Aaron Paul, Dean Norris, Anna Gunn, Bob Odenkirk, Giancarlo Esposito, Betsy Brandt, Jonathan Banks and RJ Mitte were all in attendance along with the show’s legendary creator Vince Gilligan to head back in time to the good ol’ days of meth cooking in an ancient RV and they did not tread lightly!

The panel kicked off with a montage of some of the shows most signature scenes! What scene sticks out the most for you? For us…

Hosted by comedian Bill Burr, he equated introducing the Breaking Bad cast to that of The Beatles, which in the world of television definitely holds true. It’s also worth noting that Aaron Paul brought out his new daughter in Breaking Bad cosplay…the iconic yellow hazmat suit.

“This is like introducing the Beatles,” moderator @billburr says when bringing out the cast and producers of #BreakingBad for its #SDCC 10th anniversary panel

Series creator Vince Gilligan spoke about the importance of the show having believable violence, a feat it certainly achieved.

Vince Gillian on BREAKING BAD: “we didn’t want to be the Hogan’s Heroes of meth shows.” #SDCC18 #breakingbad

By the time that Breaking Bad was wrapping up on AMC, it was being heralded as one of the best television series of all time, but it wasn’t a huge success right off the bat.

“When we started… we were just a little show in New Mexico. We knew we were big when the directional signs (to set) started to get stolen.” – @BryanCranston #BreakingBad #BrBa10 #SDCC

Gilligan also touched on the pure magic that was Bryan Cranston’s performance on the series. He took a character from good to pure evil and we followed him every step of the way. Cranston went on to win the Emmy award four times for Best Performance by a Leading Actor in a Drama Series.

“@BryanCranston is the reason you guys stuck in there… when on paper Walt should have lost you.” – Vince Gilligan#BreakingBad #BrBa10 #SDCC

Apparently, Cranston was pretty evil in real life too.

.@BryanCranston used to troll @aaronpaul_8 by pretending Jesse was killed in every script before Aaron could read it. 😂😂😂 #BreakingBad #SDCC2018 pic.twitter.com/0tc9E0hpcx

“Our costume designer gave everyone a color. And I thought Marie should have purple.” – @betsy_brandt on Marie’s obsession with purple#BreakingBad #BrBa10 #SDCC

And Dean Norris talked about the trust he had in Villigan’s writing when it came to Hank not knowing about Walt’s secret until the end.

“They made it believeable to me that he didn’t figure it out (till the end).” – @deanjnorris #BreakingBad #BrBa10 #SDCC

Gilligan said that he loved The Walking Dead’s blue meth crossover from season 1! 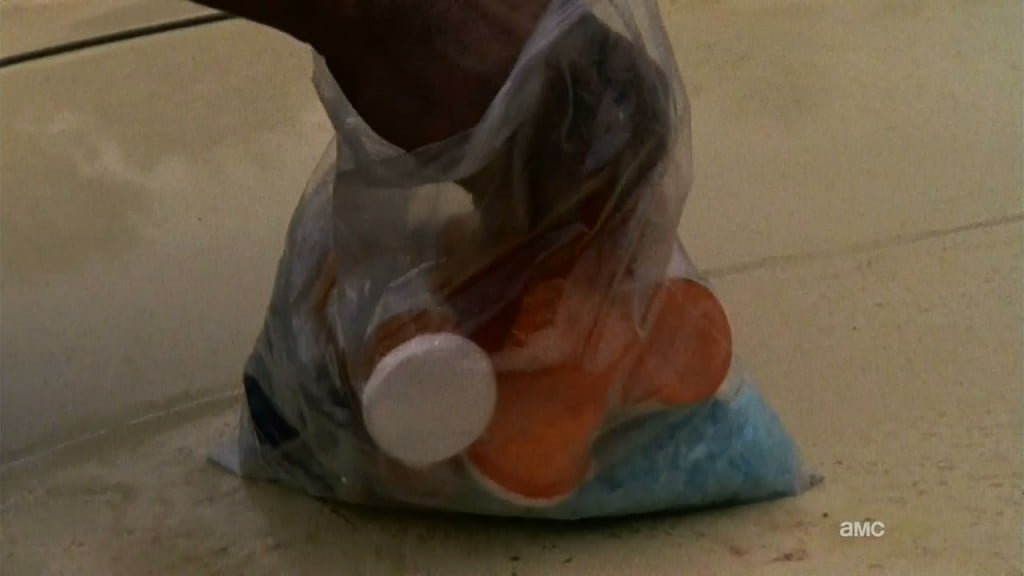 So, what about Better Call Saul? While Aaron and Bryan aren’t going to be appearing on season 4, Gilligan teased that one day they will definitely be slipping back on Walt and Jesse’s shoes. Heck, anyone from Breaking Bad could guest star!

“I think there’s an excellent chance of any or all of #BreakingBad characters on #BetterCallSaul.” – Vince Gilligan#BrBa10 #SDCC

And with the success of Better Call Saul, Gilligan isn’t counting out anyone getting their own spinoff.

But, if you’re thinking that Breaking Bad should get a reboot, think again because Bryan Cranston has spoken his thoughts on the matter.

“In some ways… it’s best to leave it alone.” – @BryanCranston on a reboot#BreakingBad #BrBa10 #SDCC

Overall, the panel was a huge heartwarming success and a testament to just how impacting Breaking Bad was to television and the lives of those who watched it.

The cast of #BreakingBad is so precious, they stil show up at interviews for the show, celebrate the 10th anniversary and they are so proud about the show. Which makes me love the show even more.

This #BreakingBad reunion panel is a masterclass in fan appreciation and love for the show. #SDCC might as well hang it up, because it can’t get better.

I think that Bill Burr said it best:

“It was one of the last shows you could enjoy that you could really experience (week over week).” – @billburr#BreakingBad #BrBa10 #SDCC

Breaking Bad premiered on January 20, 2008, on AMC and followed Bryan Cranston as Walter White, a high school chemistry teacher diagnosed with cancer who finds himself in the dark world of cooking meth with his clueless apprentice Jesse Pinkman (Aaron Paul). The series went on to win 16 Emmy awards and currently holds a 97% on Rotten Tomatoes. It inspired a spin-off, Better Call Saul, and still remains to be on the most well-written and thought out series to ever hit the small screen. The last time the Breaking Bad cast were all together at SDCC was back in 2013 when they attended for the series’ fifth and final season.