Ryan Gosling’s interstellar Neil Armstrong drama is taking one giant leap into your homes this January. 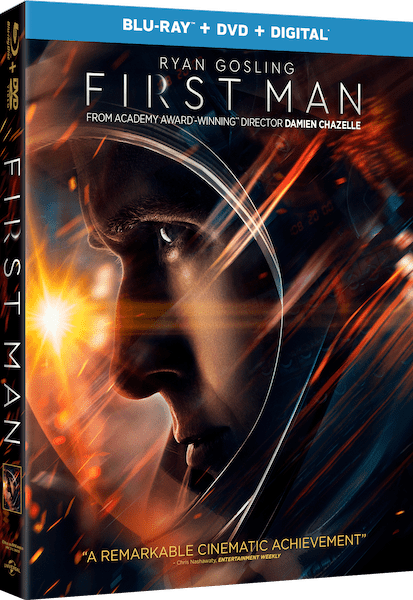 Of course, no home release would be complete without a galaxy’s worth of bonus features, and First Man‘s feature certainly won’t disappoint. Check out the full list of features below.

FIRST MAN will be available on 4K Ultra HD in a combo pack which includes 4K Ultra HD Blu-rayTM, Blu-rayTM and Digital. The 4K Ultra HD disc will include the same bonus features as the Blu-rayTM version, all in stunning 4K resolution.