One of my favorite things about Dan Harmon’s Community was its fake clip shows. As a matter of fact, the very first episode of Community I watched was “Curriculum Unavailable” and from there I fell in love. The premise was just so ridiculous and fun. There’s just something about the premise of a fake clip show that really fills my heart with glee. Granted, it seems like an opportunity for the writers to get in ideas that didn’t formulate into full episodes, but it’s something more than that. A Dan Harmon fake clip show always helped shed new light on characters and their behavior giving them this added layer of depth while also leaving you with a pile of feels in the ending. Pulling something like that off with an episode filled with “fake” clips is something special. It was with that in mind that I was all types of excited for Sunday’s Rick and Morty episode, “Morty’s Mind Blowers”, and while it was easy to associate this episode as a blowoff we were watching something kind of important here. Hidden behind every Contact or tauntaun gag the show was trying to show us something important, and it’s something we’ve focused a lot of season three on. The evolution of Morty. 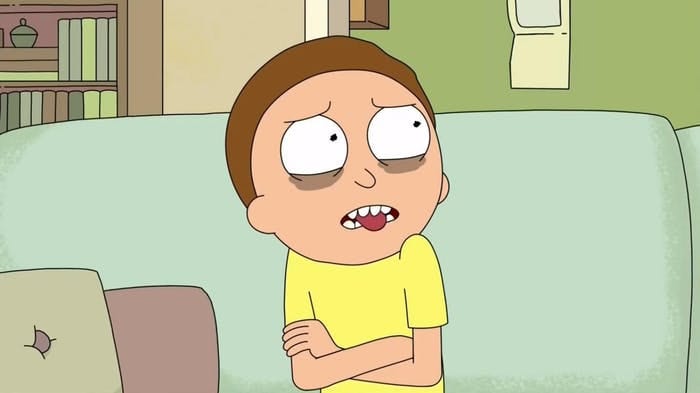 Season three of Rick and Morty has clearly been the shows darkest string of adventures as advertised. Outside all of that darkness, we’ve come to learn a great deal about Morty and his current direction in life. Meaning, he’s kind of turning into Rick. Let’s for a second ignore the idea of Evil Morty, because there’s an argument that Morty could eventually head in that direction, but in order for that to happen, he needs to realize why being Rick is bad. I’ve argued for the majority of this season that Rick has turned kind of into a Walter White like character, and it’s clear that his existence is pretty bad for his grandson. This season alone we’ve learned that Morty views empathy as a negative character trait, has lost his belief in heroes because they’re easily deconstructed, and turned Summer’s ex-boyfriend into some sort of mangled mess of human flesh. Sometimes I think we forget that Morty is only thirteen or fourteen and going through some of his most impressionable years in life. Is Rick Sanchez really the one we want impressing on him?

We all have memories that we’d like to forget and move on from, this way they don’t circulate to the front of your brain randomly one morning while you’re sitting in traffic trying to enjoy an iced coffee… wow, that was a specific example. But seriously, we all have memories that we’d like to purge from our brain. Things that either make us cringe or feel guilty or even sad. The thing is though, we don’t live in a science fiction playland so we have to bare those memories and allow them to shape us into the people that we currently are. Some people learn from past mistakes and others don’t but what we all have in common is that we’re able to pull from a wealth of memories to help guide us. This isn’t necessarily true for Morty though. “Morty’s Mind Blowers” was an exploration into the shaping of Morty. Yes, Morty has contributed to the purging of memories. There were clear instances within this episode where you can tell that Morty wanted to forget something forever. Whether it was inadvertently leading to Mr. Lunis’s suicide because Morty mistook him as a smudge or perhaps hearing the lack of hesitation from his mother choosing Summer when given the choice, these are all memories that Morty would of course love to purge. But does purging them help him or does “Morty’s Mind Blowers” keep him attached to Rick. 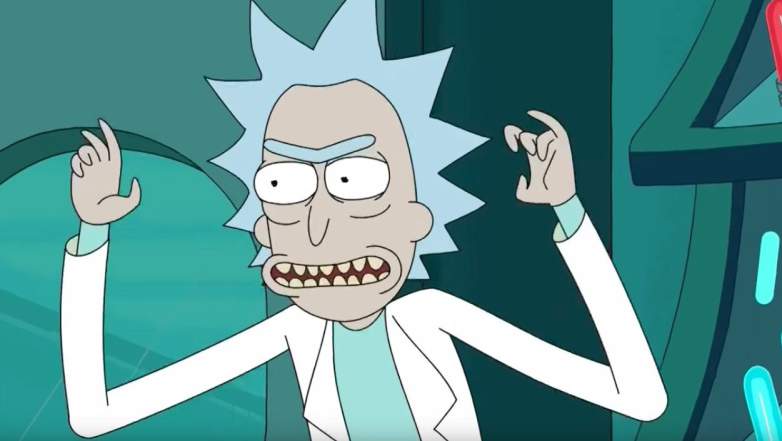 Hear me out, we learned a few weeks ago that Rick views his caring for Morty as a toxic characteristic trait, which is cruel but also implies the fact that Rick very much cares about Morty. Wouldn’t it make sense that Rick would want Morty to either be dependant on him or to continulally view him in a positive light? Remember last week when a Rick asks our Rick to “reign in his Morty”? Could the deleting of memories be Rick’s attempt at doing that because we discover not all the memories that are removed are Morty’s choice. A large number of them were Rick trying to protect his image. A number of Rick mistakes are taken away from Morty, “granite” and losing in checkers to name a few, in order to keep that god-like image impressed upon his grandson. Rick needs Morty as he kind of validates his existence, but I think he lives in constant fear that Morty will one day wake up and discover he doesn’t need Rick.

Despite all this memory tampering, we’ve seen that Morty is still evolving. The way he handles the escapades of blackout drunk Rick or the fact that he’s able to normalize Summer after her skin turns inside out show that Morty is learning, and through his learning, he’s discovering that Rick isn’t all that he’s cracked up to be. I think this scares Rick and he’s “reigning in” his Morty as much as he can without fully ruining him. Rick isn’t the only one having a negative impact on Morty though. We watched as Beth clearly chose Summer over Morty while Morty listened in. We watched as the family became exhausted displaying their love for Morty as he tried to vomit up some kind of demon space worm. All of these incidents packed a laugh that was as swift as a kick to the groin. We know that Mortys come a dime a dozen in this universe but there is something about this Morty that our Rick finds special. Special enough to try and stunt his growth. In some ways that’s Rick displaying a form of love, a very effed up cruel kind of love, and what is that creating? 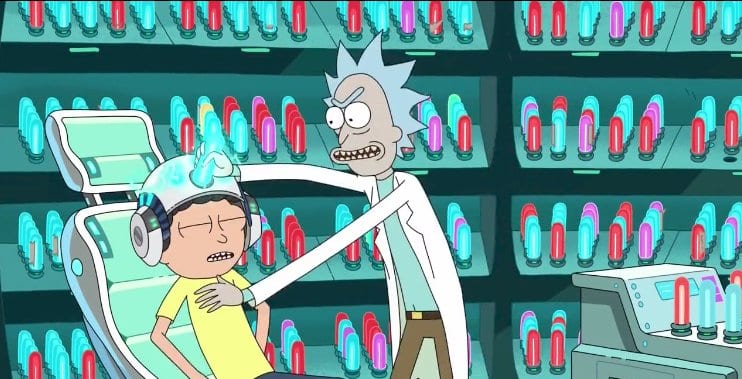 “Morty’s Mind Blowers” was an episode that showed that even though Morty has come a long way since season one he still has a great deal to overcome especially when his memories are being taken from him. A discovery that has happened more than once if we’re to believe Summer, who might be the episode’s secret MVP. With only two episodes left what’s going to happen? Where are we heading? Tammy and Phoenix Person are still out there and what if Evil Morty gets his hooks into Morty? What would become of our Morty then?

Real quick though, everything that involved the squirrels was laugh out loud funny. Dan Harmon’s deadpanning squirrel voice implying that squirrels can give wishes as Morty ran for his life was one of the highlights of this episode for me gag-wise. There did seem to be something important here though as this memory implied that Rick and Morty switched realities again. Whether this is put in as a throwaway line (nothing on this show really is) or to blow our minds, I don’t know, but it felt like something that needed to be mentioned.

Also, did anyone else want to feel absolute level? Maybe a little bit?

There you have it Geeklings, what did you think of this weeks, Rick and Morty? What was your favorite deleted Morty memory? What is Rick creating here by aiding in the removal of these memories? Can you handle the fact that there’s only two episodes left? Ugh. Sound off in the comments below or if you’d like to talk more Rick and Morty you can find me on Twitter @iamgeek32. In the meantime I’ll see you all next week with another review as we try not to take this show for granite… aaaaaaaaaaaand that’s the way the news goes!

Home » Featured » ‘Rick and Morty’ Review – Evolution of A Morty