Geeklings, a very spooktastic New Comic Book Day to you all! No, this is no trick, New Comic Book Day falls on Halloween this year and it is quite the treat! Yes, if I’m being honest I regret most of that sentence but there is also another part of me that doesn’t regret it all. What can I say, I’m a man of mixed emotions who loves puns and cheesy sentences that pertain to holidays. It’s been almost three years if you haven’t figured that out by now… I mean, hello new readers and welcome to the Pull List where your host is a cheeseball and talks about comics.

Now I know today is the day to get dressed up, grab a pillowcase, and stockpile on the candy that your generous neighbors are willing to give, and that’s awesome! Every month should have some form of Halloween don’t you think? Or maybe once every couple of months? Someone work on the logistics of this and find out how many times a year we can have a Halloween before people start to get sick of it. Send me your results @iamgeek32 on Twitter.

Sorry I got distracted, with it being Halloween and all I had a fun suggestion for my comic book loving Geeklings out there. Sure, you could go out and buy a whole bunch of candy, put it in a bowl, and come to terms with the fact that you’re going to have to eat half of it once Halloween is through. It’s what’s expected of you and who doesn’t love leftover candy? But I’m going to flip it around. Every other house in your neighborhood is giving out candy, except for Mrs. Hatcher who is giving out toothpaste and pennies. Thanks Mrs. Hatcher! Why not be unique. Instead of candy maybe you give out… comics?

Hear me out, I’m sure you’ve got a ton of books laying around that maybe you don’t need. Unless you’re a collector then I totally get it. But think of being that kid who stopped by your house and walked away with a comic book. Who knows what that could do for them. Maybe you’ll be the reason for the next wave of writers. Or maybe you’ll be responsible for introducing a young reader to the magic of comics. Wouldn’t that be way better than leftover candy? Just something to think about…

In the meantime, there are new comics out this week so why don’t we start breaking them down. 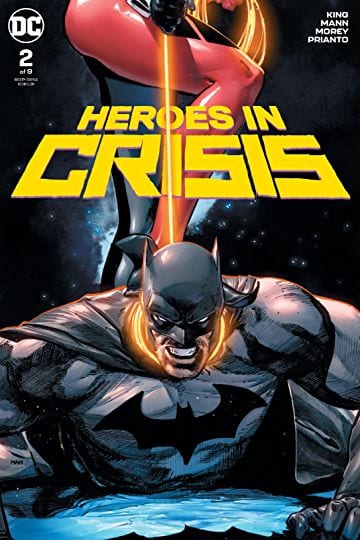 1. Heroes In Crisis #2– After an extremely heavy first issue, Tom King and Clay Mann’s Heroes In Crisis is back to further play on your heart strings and explore the seemingly major reveal at the end of issue one. A number of heroes are dead and not everyone is happy about it. There were some outcries from the fans after the events of issue one, mostly concerning the fate of a speedster, and while I understand them I also wouldn’t be too worried yet. I don’t think there is a writer I trust more in comics than Tom King and I’m more than willing to see how this story plays out. Who killed these heroes who were supposedly in a safe place on the road to recovery? Well, that is yet to be seen. We were told at the end of last issue (trying to stay away from spoilers) but I’m not sure if I believe it. Batman, Superman, and Wonder Woman are now on the case and whether the killer is Harley Quinn, Booster Gold, or someone else, one thing is for certain… there will be hell to pay. I also want to be on record in saying that if Booster Gold is a main part of any story then time travel can’t be too far away. I’m just putting that out there. 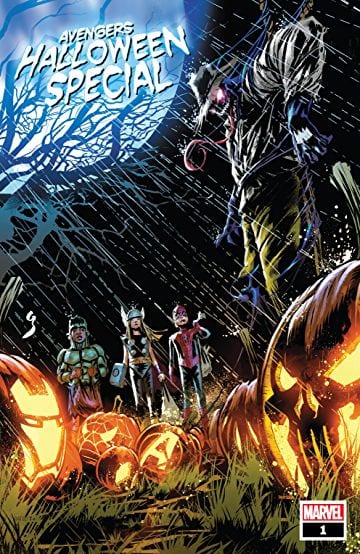 2. Avengers Halloween Special #1– Were you sitting there thinking, “man, I would love if Marvel did a comic book that was a whole bunch of different writers telling fun and spooky Halloween stories with characters in the Marvel Universe.” If so you are in luck as that’s exactly what Avengers Halloween Special #1 is! I love seeing Marvel have a little fun with the holiday with a book making the best of the release date, and giving us something a little fun and unique. There are a number of writers and artists here so expect a whole bunch of spooky good times from different corners of the Marvel U. 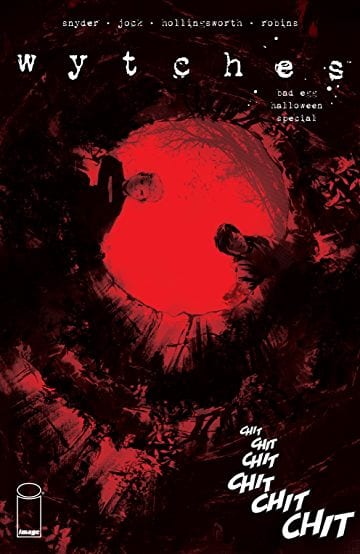 3. Wytches: Bad Egg- I am sooooooo excited for this book! I am a huge fan of the first chapter of Scott Snyder’s Wytches and have been anxiously awaiting what comes next. Well, that wait is partly over with the release of Bad Egg, a story that will play as a prequel to chapter two. Here we have two characters who are on very opposite sides of the Wytches issue. One who was raised to hunt them and another who was raised to worship them. Bad Egg will ask the question if these two young men can be friends with such a different point of view. Think of it as the Romeo and Juliett of horror stories, just with less kissing and more creepy tree creatures. One of the things that made the first chapter of Wytches so compelling was its deep dive into character and establishing a story that tugged at your heartstrings. Snyder is always in his element when writing scary stories and I for one can’t wait to walk through the woods of this universe again. With a flashlight and baseball bat of course. 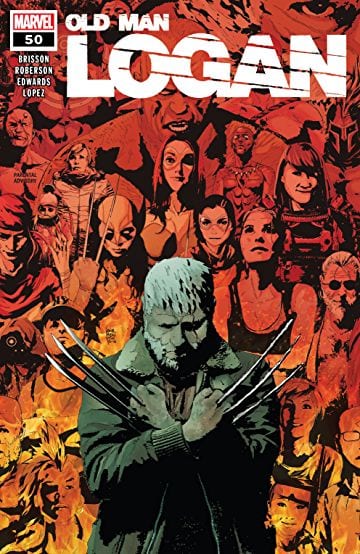 4. Old Man Logan #50– Considering Wolverine just came back and he’s already in a million books it would make sense that one of those books would have to go. After fifty issues Old Man Logan is hanging up the claws and moving on. Or is he? Something tells me that there is no way that this story can have a happy ending. Is it possible to live in a world where we just got Wolverine back and now we’re going to watch him die again? Kind of a weird circumstance, right? With that being said though, fifty issues is quite the milestone and Old Man Logan will be missed. Who knew that he would be hanging around for so long. Rest easy sir. Rest easy. 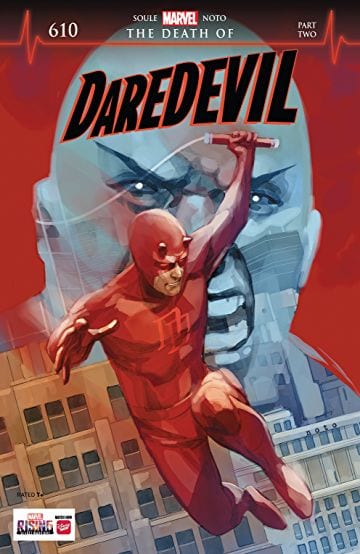 5. Daredevil #610- I can’t be the only one out there who has finished season three of Daredevil and just wants more Matt Murdock, right?! Holy crap, season three was soooooooooo effin good guys. Like, wow good. Marvel knows how good season three is and wants you to keep following the Devil of Hell’s Kitchen in part two of his latest arc, “The Death of Daredevil”. Does this mean Matt Murdock is going to die? Maybe, it is a comic series afterall. All I know is that I want to spend more time with this character and what better way to do that than with his monthly series? Also, Wilson Fisk is a major part of this story arc so this is really speaking to all those season three vibes. 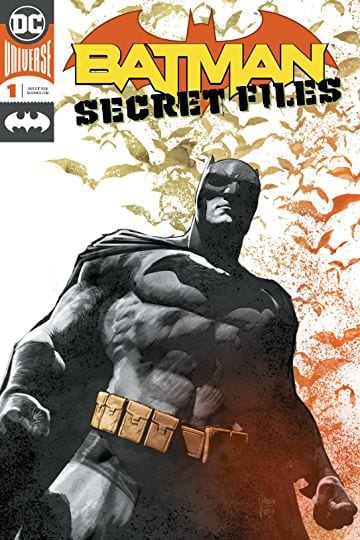 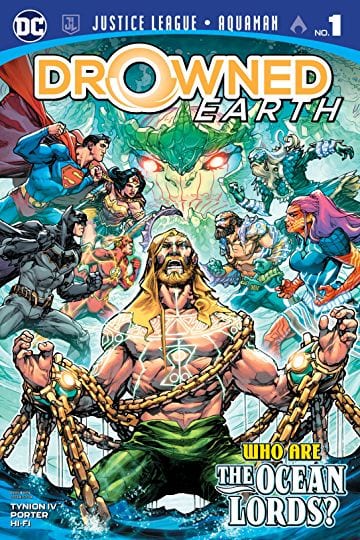 There you have it Geeklings, all the best books to get your mitts on this week. As always, if you feel like I’ve left anything off this week’s Pull List sound off in the comments. If you’d like to talk more comics with yours truly you can find me on Twitter @iamgeek32. Now, go out there and be safe trick or treating, overload on candy, and sit down in your favorite chair and read some comics. What more could you possibly ask for? Happy reading and many huzzahs!