Slowly but surely, Niantic has released most of the Generation 3 Pokemon. First we got the 5 new Ghost-Types for Halloween as an appetizer. Then we had the ‘Forest Update’ which introduced us to the first 50 Gen 3 Pokemon and Weather mechanic. Next, we got an ‘Ocean Update’ which gave us a bunch of Water-Type Pokemon – something Gen 3 was known for. Until finally we got the ‘Desert Update’ which not only gave us 23 more Pokemon, but a glimpse into what the new Meta would be like. But now, we’ve hit the climax and Niantic is releasing the final batch of Gen 3 Pokemon tomorrow, Friday February 9th!

This “Sky Update” will not only introduce the remaining Flying-Types that have been missing from the previous releases, but also the most powerful in the entire Gen – the Pseudo Legendaries. Unlike the Gens before it, Gen 3 has two exclusive Pseudo-Legendary Pokemon: Salamence and Metagross. Though like their predecessors (Dragonite and Tyranitar), these two new Pseudo-Legionaries will become a staple in the Pokemon Go Meta-Game! And to celebrate this massive change – and give everyone a chance – Niantic is altering all in-game spawns to become exclusively Generation 3 Pokemon. 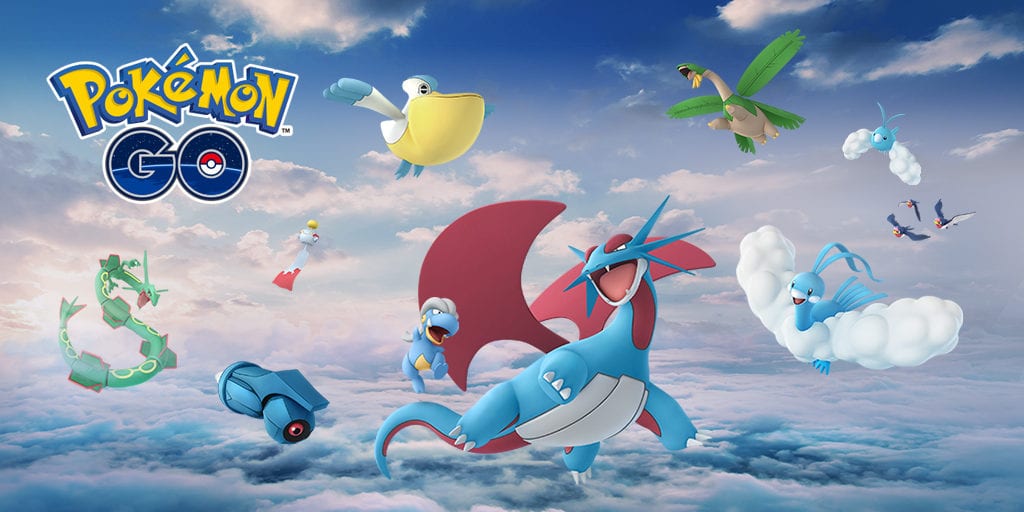 This massive spike in Gen 3 Pokemon will last until February 13th, but it doesn’t end there. Players will additionally begin to encounter new Raid Bosses as well as the Legendary Pokemon – and Trio Master of this Gen – Rayquaza. As the balancer between Groudon and Kyogre, you can be sure it’ll be a difficult Raid Battle. So come prepared because Dragons will soon rule… until an Ice-Type arrives. #DragonFlyingFails

Between this and the Dratini Community Event later this month, Pokemon Go has really been setting a good stride lately! And with talk of a ‘Quest System’ about to be implemented, things can only go up! But more on all that when details are confirmed! All I will say for now is: Rayquaza better be massive sitting atop those Gyms. Kyogre’s presence has been quite the sight; and Shenron, I mean Rayquaza, better be given his proper distinction!

But which Pokemon are you most excited for? Sound off in the comments below!