As bizarre as that might sound, it’s absolutely true! Scientists and researchers have discovered a new species of weevil (aka. beetle) in Papua New Guinea and, drew some inspiration from the Star Wars franchise for its name.

According to a report in ZooKeys, the creature’s name is “ based on the likeable fictional character Chewbacca in George Lucas’ Star Wars movies, portrayed primarily by Peter Mayhew. This species has dense scales on the head and the legs, which reminds the authors of Chewbacca’s dense fur.” Thus the Chewbacca beetle received its name.

The Trigonopterus Chewbacca beetle is one of four species recently discovered in New Britain, an island in Papua New Guinea. Unlike its larger than life namesake, the Chewbacca beetle only measures around 2.78 to 3.13 mm long though, seeing as how we do not know much about this species yet, it also may not be wise to upset this weevil.

Check out the Chewbacca beetle for yourself below.

Do you see the resemblance? What other name would you have given to this newly discovered species? 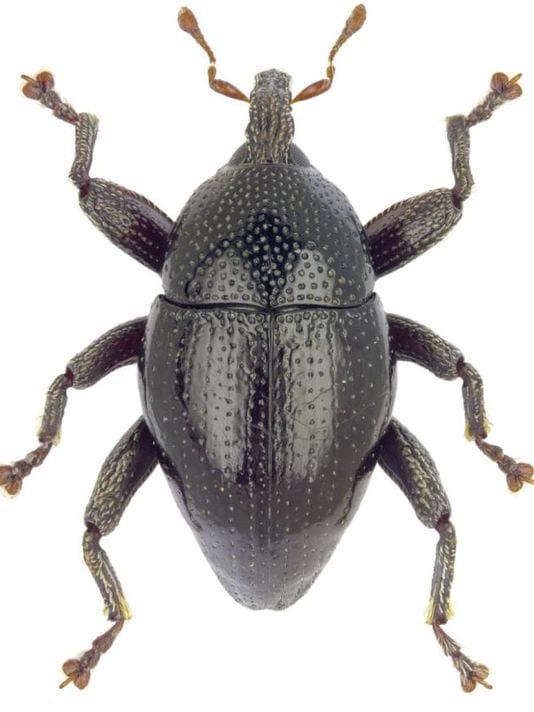 The Chewbacca beetle is not the first new discovery to get a Star Wars inspired name. Check out this list of 10 other animals whose namesakes you might find roaming around on Tatooine.