During D23 Japan, Square Enix released another trailer for the long-awaited Kingdom Hearts III, and it was full of surprises. One of the most exciting things to come from the trailer is the confirmation that Monsters, Inc. will be making its Kingdom Hearts debut. Sora, Donald, and Goofy will team up with Mike, Sully, and Boo in order to defeat the heartless crawling around Monstropolis. And naturally, our trio take on the characteristics of the world and are transformed into monsters. It seriously looks great. 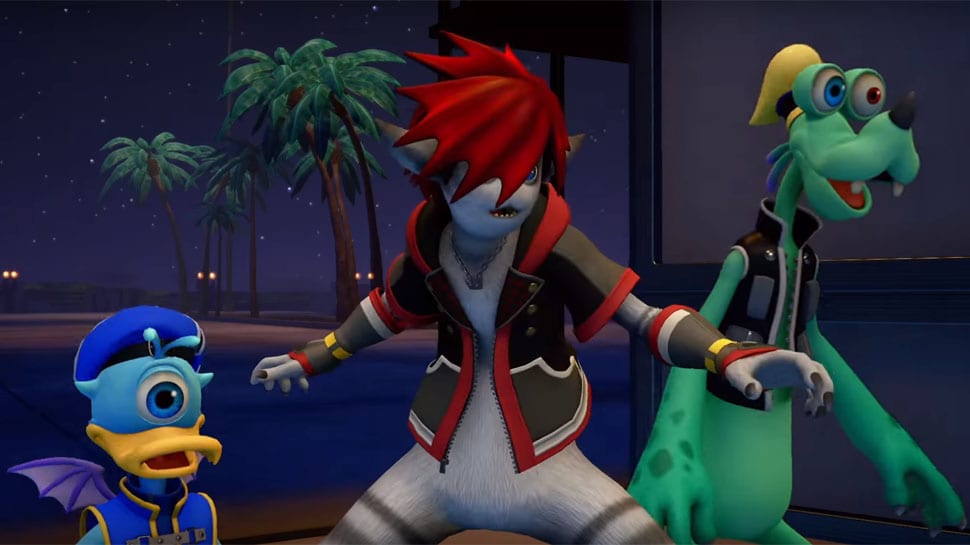 Some familiar faces make their return to the series with the opening moments of the trailer featuring a confrontation between Sora and Marluxia of Organization 13. Marluxia was the main antagonist of Chain of Memories, therefore Sora doesn’t remember meeting him at all. He was defeated at Castle Oblivion so it will be interesting to see how he is back again. In the final moments of the trailer, Sora is approached Vanitas, one of the main antagonists of Birth by Sleep, who speaks not to Sora, but to Ventus, who is sleeping in Sora’s heart. Surprisingly enough, Sora calls Vanitas by name. Could that mean that Ventus is finally waking up?

The trailer features game play from the worlds of Tangled, Toy Story, and Monsters, Inc., and it’s no wonder it has taken so long. There’s so much going on and it looks like every feature from the past will all be rolled into Kingdom Hearts III. There’s the flow system from Dream Drop Distance, summons (which the animation for Ariel’s summon in the trailer is amazing), D-link special moves, shotlock, and the possibility of specialty forms. If you look closely, you can see that Sora is carrying a staff while running around Tangled. At one point he’s even wielding some killer yo-yos. It looks insane.

No official release date has been announced, but the game is still expected to arrive sometime in 2018.

What do you think about Monsters, Inc. joining the roster? What world would you like to see?

My Year of Gaming – ‘Kingdom Hearts’

Seven Worlds We’d Like to See in ‘Kingdom Hearts III’