The Legends have tracked Rex Tyler’s killer to the 80s and are surprised to find that its a speedster. Another surprise to them is that Damien Darhk is an advisor to President Ronald Reagan. The team infiltrates the White House in order to protect the President and stop a bomb. Sara is going to have a difficult time this week as she deals with Darhk. Will she go against her new role as leader and take matters into her own hands with Darhk? 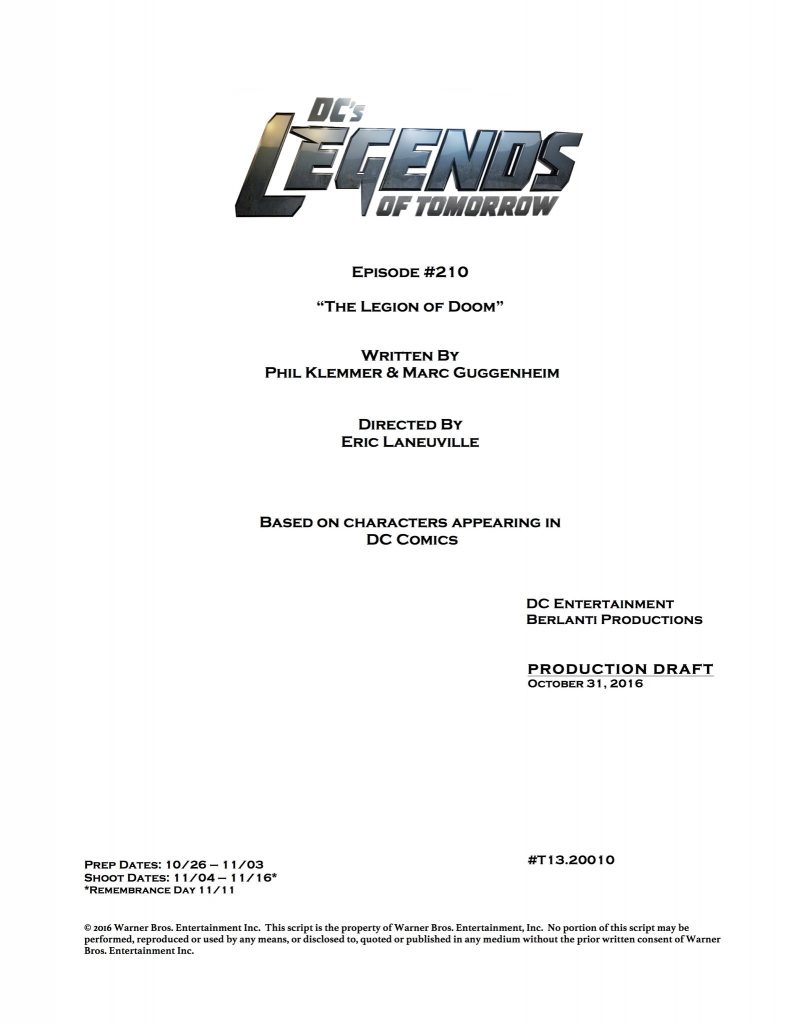 In Legends news, executive producer Marc Guggenheim tweeted the cover page for episode 10. The Legion of Doom is coming. I have been interested to see how they are going to bring together the four main forces behind the Legion. We have already seen Darhk and Eobard Thawne working together, but how do Malcolm Merlyn and Leonard Snart fir into the mix? Sara has quite the history with three of the four members (Merlyn orchestrated her death, Darhk killed her sister, and she had just started falling for Snart), so this is going to be especially hard for her. I have wondered if perhaps Rip was taken by the Legion and they are holding him hostage. There has been no word on his whereabouts and the team is just working to stop Aberrations and hoping that they will stumble across their former leader. Unfortunately, it is going to be a long wait for some of these answers because episode 10 doesn’t air until January.