Laurie Holden previously sat on a panel where she and Jeffrey DeMunn, who played bad ass Andrea and lovable level-headed Dale on the show respectively, took the stage to discuss The Walking Dead. The discussion was juicy, and no holds were barred with the two actors who were with the hit show from the very beginning.

“Well I had an 8 year deal, I was supposed to be there until the end. I was supposed to end up with Rick. I was supposed to save Woodbury on a horse, and I was buying a house in Atlanta.  I got the call at 10 o’ clock the night before, while I was shooting, from the show runner who is no longer a part of The Walking Dead, saying that they couldn’t write the episode and that he was killing my character. So we all got the script everybody on the set was sobbing. I felt like I got shot. None of it was supposed to happen the way it did.” 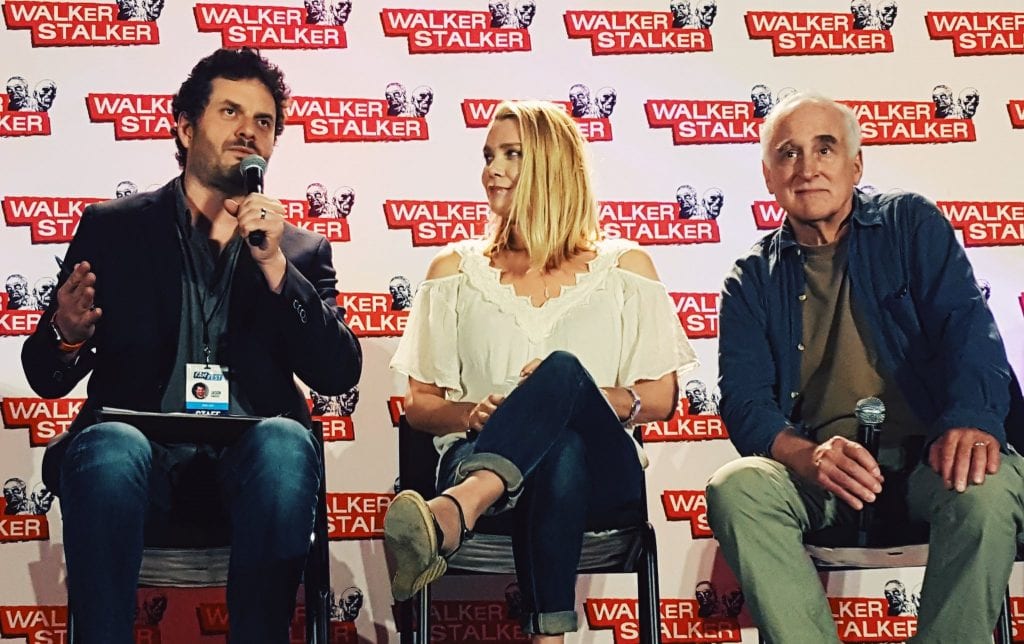 Jeffrey DeMunn’s character, Dale, exited The Walking Dead, by choice, around the same time. The two described how his acting when Dale died perfectly expressed his genuine emotions and frustrations about where the show was at that time, the turmoil that it was in when Darabont was removed from the show.

Want more The Walking Dead news? How about the return of Andrew Lincoln as Rick Grimes? It’s happening!

Home » News » Laurie Holden Claims She Had an 8-Year Deal on ‘The Walking Dead’, Andrea Was Supposed to End Up With Rick

2 thoughts on “Laurie Holden Claims She Had an 8-Year Deal on ‘The Walking Dead’, Andrea Was Supposed to End Up With Rick”