While the world waits with bated-breath for an Incredibles 2 official film trailer, fan-favorite character Edna Mode is taking on New York Fashion Week of course with NO CAPES!

New film posters featuring everyone’s favorite superhero suit designer have been spotted all around the event which kicked off officially on Thursday.  The official Disney Pixar Twitter account retweeted a fan’s picture of the posters which are taking Manhattan by storm.  The caption on their tweet says, “If you thought she’d miss #NYFW, you thought wrong, dahling. #Incredibles2” 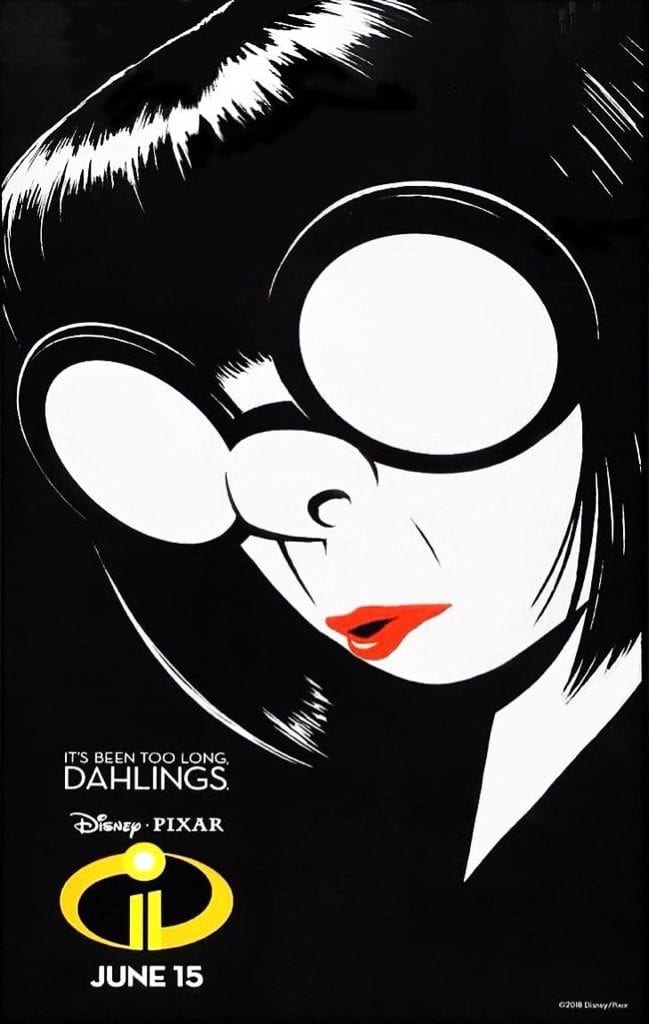 So far, we don’t know a whole lot about the upcoming sequel film but last year Pixar chief creative officer John Lasseter and director Brad Bird were on hand at Disney’s D23 Expo for the preview panel along with the cast including Craig T. Nelson (Mr. Incredible), Holly Hunter (Elastigirl), Samuel L. Jackson (Frozone), Sarah Vowell (Violet), and Huck Milner (who will be the new voice of Dash). Lasseter and Bird confirmed that the second film will pick up right where the first film left off.  Additionally, the studio has released the official synopsis for the film which says:

Incredibles 2 opens in theaters on June 15, 2018, and the first trailer is expected to drop this week on Wednesday, February 14th.

Are you excited for Incredibles 2?  Let us know your thoughts in the comment section below.