We’ve known for a while that Kamala Khan would be making her MCU debut in the next wave of MCU shows headed to Disney+. Now we also know who will be portraying her for the show and, hopefully, later on in the films. Iman Vellani has been cast as Ms. Marvel, the Inhuman teen. I gotta say, she even kind of looks like Kamala, so this is awesome. 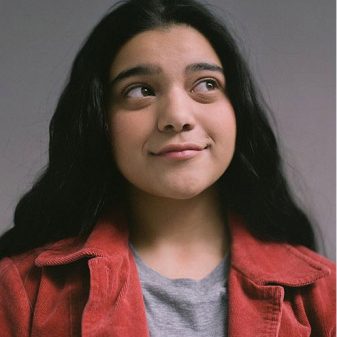 The Disney+ show will follow Kamala as she goes from regular teen to New Jersey’s own superhero. We have no word on which, if any, comic storylines the show will portray this far but Marvel hasn’t failed us yet. Ever since Ironman came out all those years ago, the MCU has been wildly successful.  As I said above, there is no confirmation but Ms. Marvel is expected to move onto the big screen after her Disney+ debut.

Ms. Marvel will also be the first Muslim superhero to appear in television, which is awesome all on its own.

The show also already has some awesome directors for an unknown about of episodes. Adil El Arbi and Bilall Fallah, who directed Bad Boys For Life, have been brought on. As has Meera Menon who has directed episodes of Titans, the Punisher and The Walking Dead!

Kamala has been insanely popular since her debut in the Marvel comic universe a few years ago, and I have no doubt Marvel Studios will do her justice. We still have no word on a release date for the series, but with the lead now chosen we can probably expect more casting information to trickle out.

As of now, WandaVision is about to debut on Disney+ in only a couple of months so we will, at the very least, have that to keep us occupied until Ms. marvel releases!

Now that Iman Vellani has been cast as Ms. Marvel it’s only a matter of time before more details are shared about the show.