It’s almost an impossible task to watch any of the Iron Man or Avengers movies without wondering how cool it would be to have your very own Iron Man armor. Well, thanks to Hasbro’s new augmented reality experience Avengers: Infinity War Hero Vision kids can suit up like Tony Stark and take down popular villains such as Thanos and the Mad Titan. The AR set will be released this Spring, which is perfect timing as Infinity War will be coming out in May! 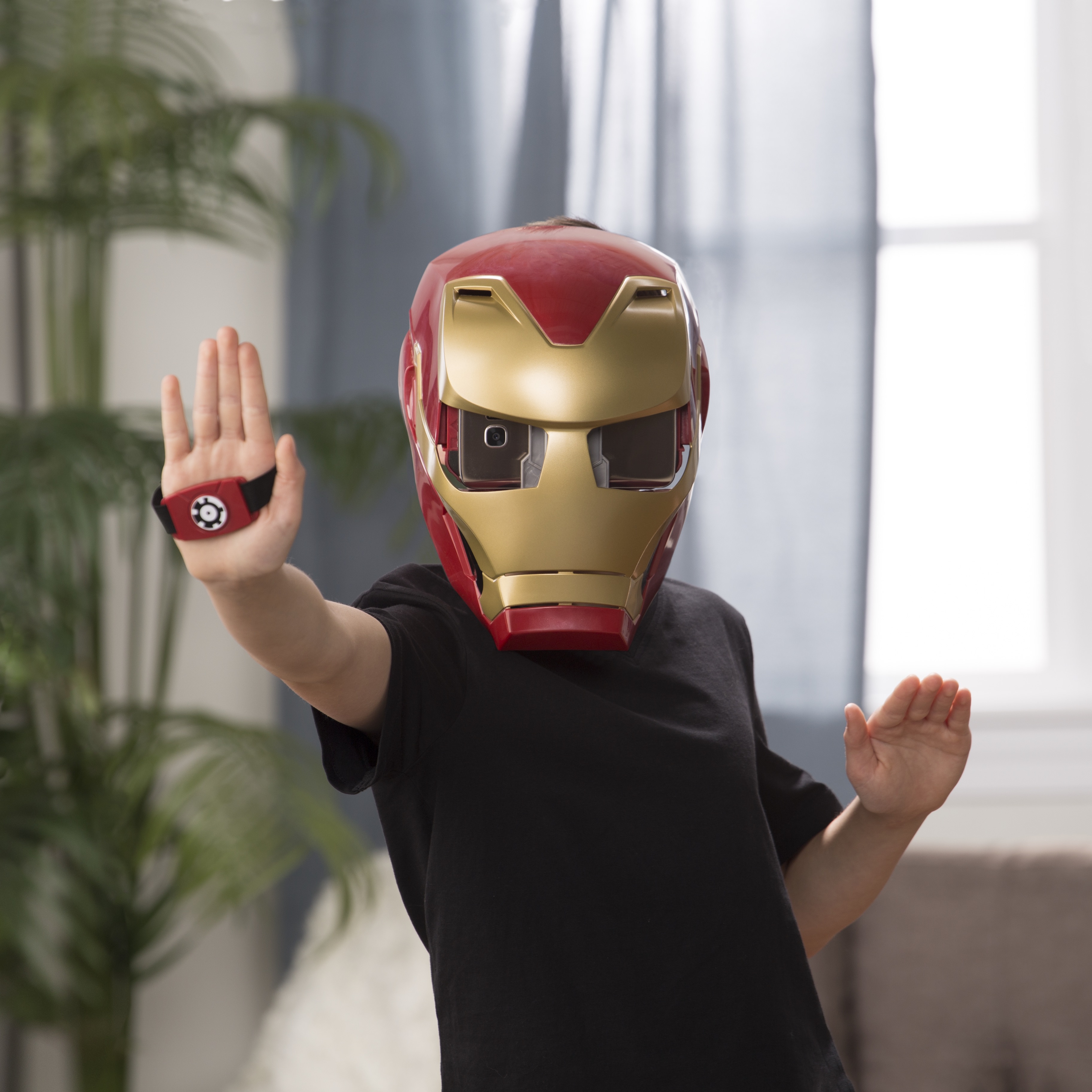 Hero Vision comes with an Iron Man mask, goggles that go inside the mask, a gauntlet (the handpiece), an Infinity Stone, and three circular AR markers. 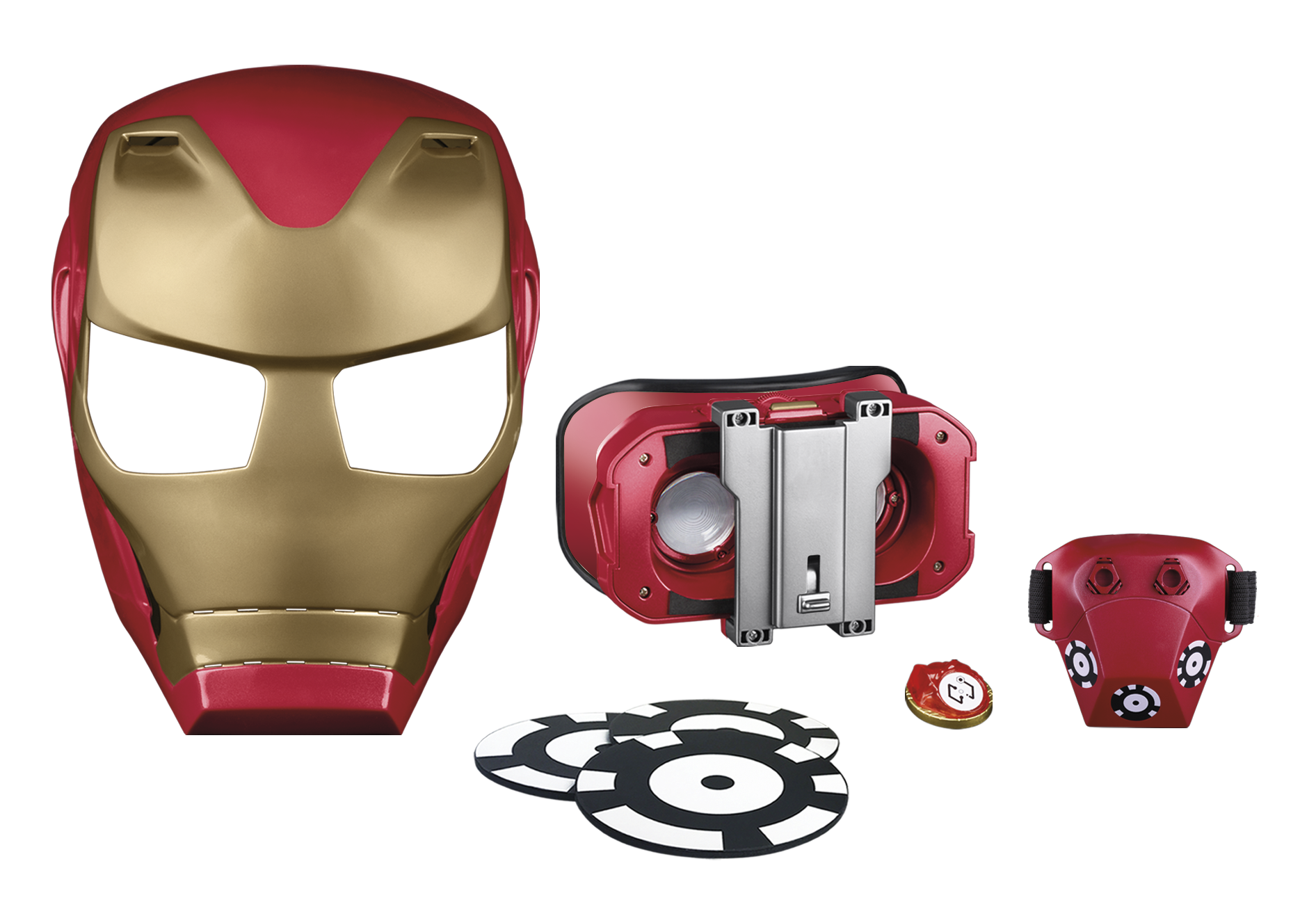 Users will download the app, place an iPhone or Android phone in the goggles and set up the three AR markers around the room they’re playing in. Hasbro has said the mask will work with older phones, which is perfect for parents who are hesitant to hand over their personal phones to their kids. Once the markers are set and the mask is in place the room will transform into a superhero world and the user’s arm will actually look like Iron Man’s! 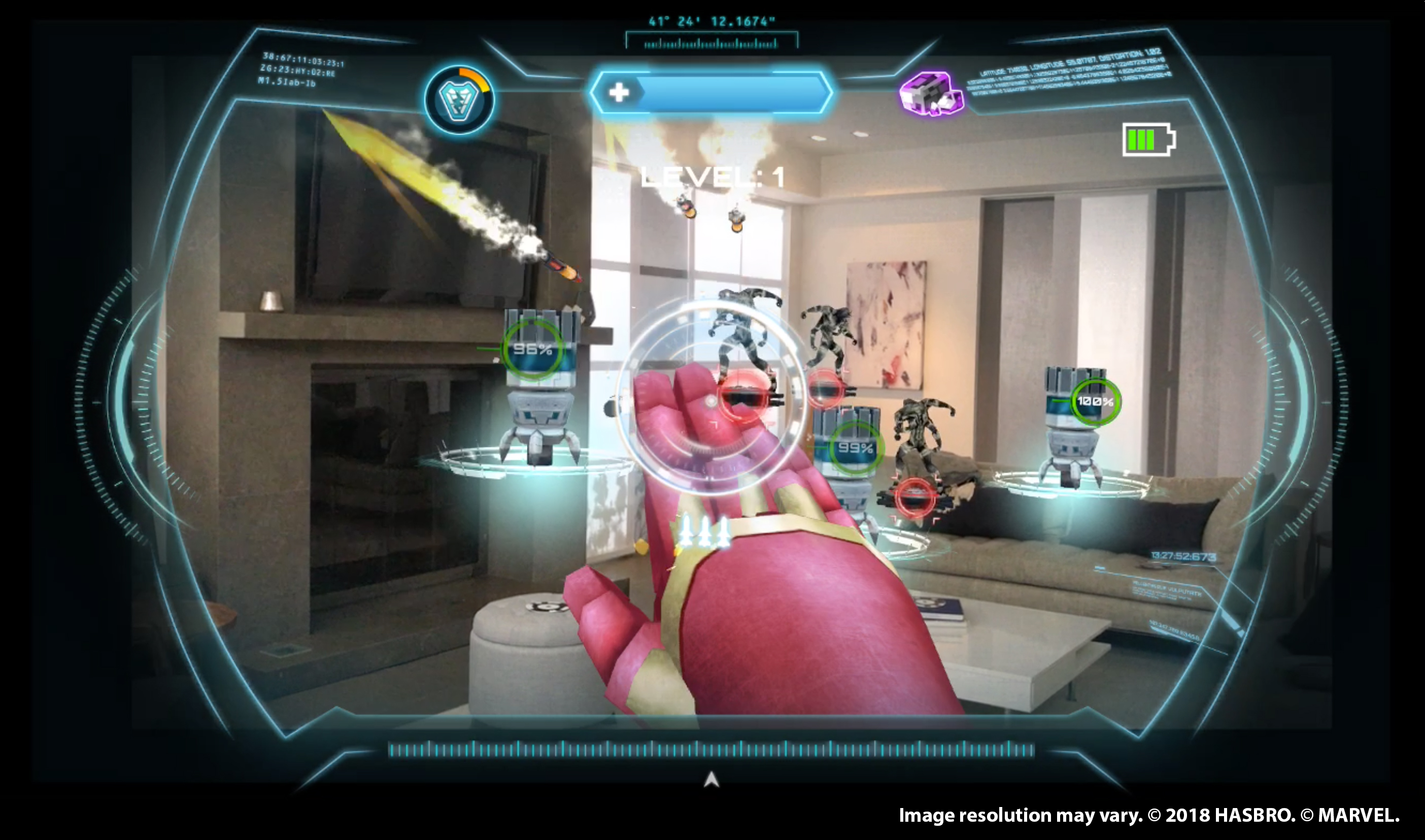 Here are just some of the other cool features that come along with Hero Vision!

It uses your surroundings

The game uses the room that it’s being played in, making it a perfect choice for parents who are hesitant about their kids immersing into a full-on virtual reality. While they still have a VR headset on, the app uses the phone’s camera to create a game overlay in the room.

You can create your own levels

The goal of Hero Vision is to take down all of the enemies, and eventually, Thanos. The three AR markers can be used to create the levels because wherever they are placed, the app will use them as indicators as to where the enemy bases will go. The markers can also be printed off online just in case any of them become lost.

It has mandatory breaks

Screen exposure is a hot topic these days and Hasbro agrees, which is why Hero Vision has mandatory breaks built throughout gameplay. After 10 minutes of play, or after kids reach level three, they will have to pause the game and take the phone out of the mask to customize some new armor! The game features 10 levels.

More Infinity Stones are on the way

More Infinity Stones will become available, which will allow users to change their powers.

Hero Vision is set for a Spring 2018 release and will be sold for $49.99 at most major retailers and on HasbroToyShop.com

Check out the gallery below to see more about what the AR actually looks like!

What do you think about Hasbro’s Hero Vision?

Check out the Incredible Infinity Gauntlet Collectible from Hasbro