Warning: This article is dark and it is definitely full of spoilers!  DO NOT read on if you are not caught up with Season 7 of Game of Thrones!

After Sunday night’s Beyond the Wall episode of Game of Thrones, the internet has been working overtime coming up with new theories about the series.  One such theory which we definitely need to discuss is that of the Night King and his Army of the Dead.  If you think that ambush on the icy lake seemed just a little too perfectly planned out, we’re right there with you!  Is it possible that there’s more to these guys than we think? Let’s review.

Jon Snow and his suicide squad embark on their journey beyond the wall in order to prove the existence of the Army of the Dead in the hopes of uniting the Seven Kingdoms.  They come across a group of walkers which they begin to fight off, killing them one by one.  Ultimately, they learn that by killing the one walker to was responsible for turning the others, they can defeat all of them.  The group takes down the head walker and all the others fall to the ground, except one!  Why was that one, singular walker there who was turned by another wight when every other walker in the group was turned by the same wight?  Sure, it could be that Game of Thrones is defying logic this season (and every season!  It’s a fantasy series folks.  It doesn’t have to be logical) however, if you look at the events that happened following, it certainly seems like this one walker was planted there on purpose. 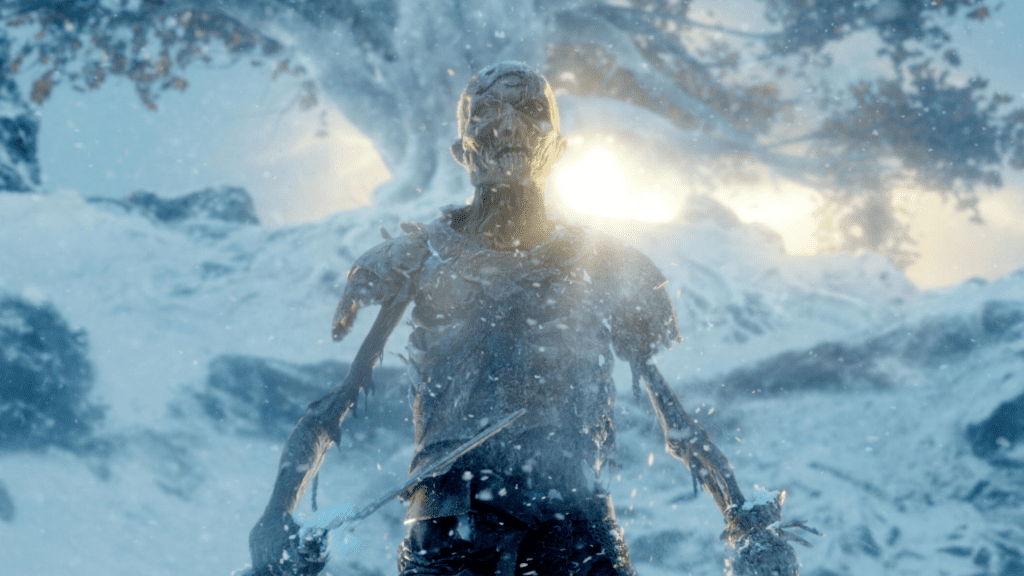 It would seem that this situation was set up in order to lure Jon Snow and his men.  The group captures the single walker and it begins to scream absolute bloody murder, signaling the others that the trap has been successfully set.  Seemingly out of nowhere, hundreds or maybe even thousands of walkers appear and begin to chase Jon and his men out onto the frozen lake.  Is this what the Night King wanted all along?  Now, he has Jon Snow and the other right where he wants them.

The lake begins to collapse under the weight of the army, however, instead of the dead mindlessly marching forward to meet their icy demise, the Army of the Dead stops dead in their tracks.  They don’t try to attack from a far but rather choose to wait.  How would they know to stop marching forward if they didn’t have the capabilities of conscious thought?  Is there more going on upstairs in those decaying brains than we think?

Now, Jon Snow and his men are trapped at the center of the icy lake on the only rock that sticks out above the frozen water.  They are surrounded by the Army of the Dead who wait, patiently, and wait, and wait. 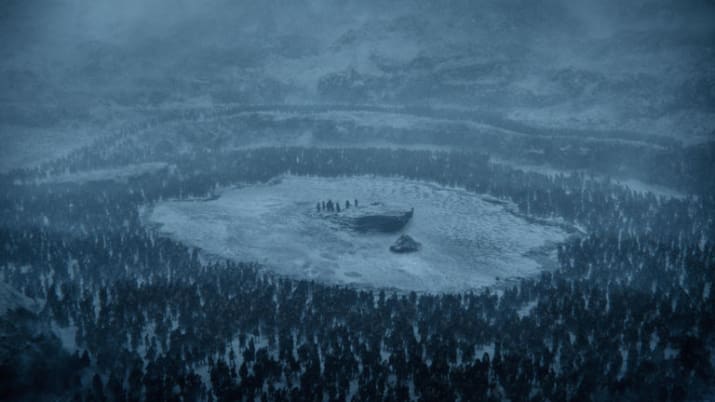 It wasn’t until the Hound began throwing rocks at the army that they realized the ice was frozen again.  One of his rock tosses came up short and slammed down into the ice proving it was frozen solid.  The Army of the Dead looked down at the rock and the ice, looked up at the stranded men, and once again, began to march forward to attack.  This was a clear example of undead thinking at work!

The biggest piece of evidence that this whole thing was planned out and that these dead wights know more than we give them credit for comes when the Night King makes his appearance.  Knowing that Jon would send for help and hope, perhaps, that Daenerys would arrive with her three dragons to bail them out, Redditor Sizzor19 keenly points out that the Night King and his band of merry dead men arrive with exactly the right number of spears as there are dragons.  The Night King and his men were prepared with two swords with clearly no intentions of fighting but, they had three spears, one of which was used to take down one of the dragons, Viserion.  Crazy, right?  But wait, there’s more! 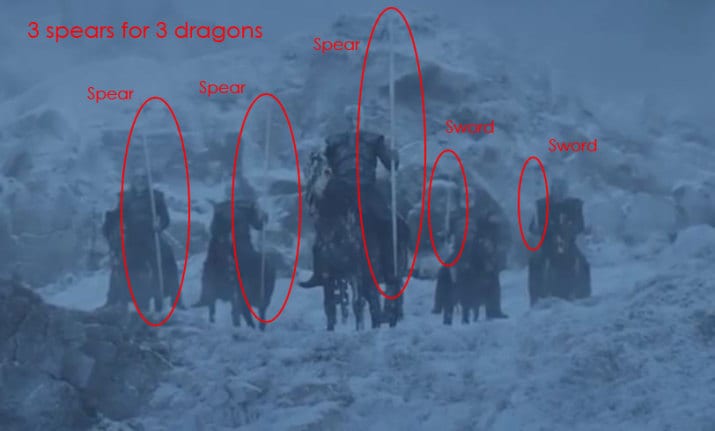 After the Night King successfully takes down the dragon, Viserion falls to his icy death below the frozen lake.  How does one exhume a dragon from the bottom of icy waters?  With anchor chains, of course!  Anchor chains which the Night King and his army just so happened to have all laid out and ready to go. 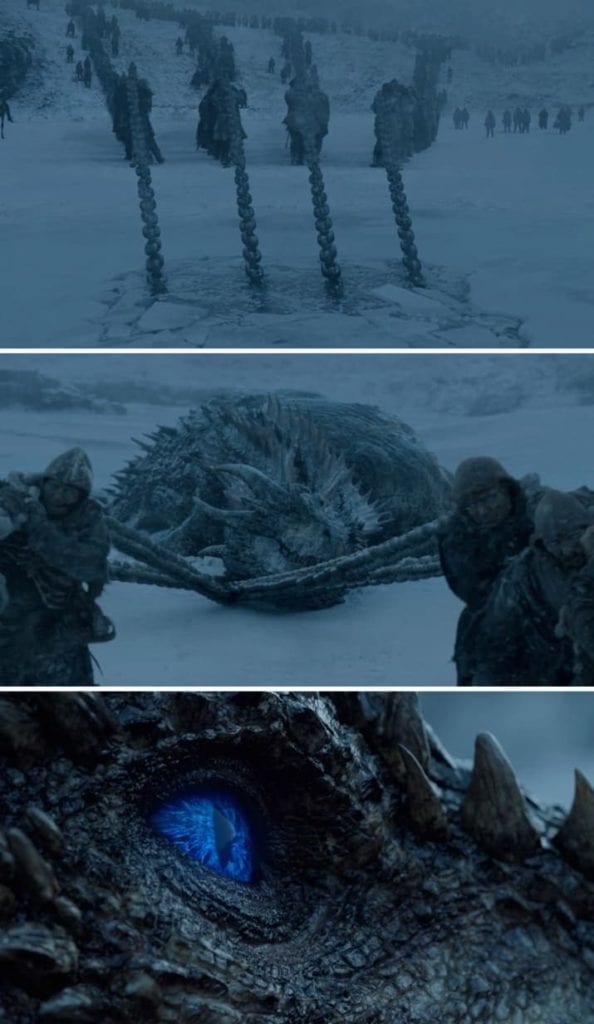 If you ask us, the Night King is way more dangerous than we all originally thought. If, as these details suggest, he has the power of strategic thought, planning, and maybe even the ability to see into the future, then the Seven Kingdoms are in for an extremely tough battle.  Time to break out the

Just to blow your minds even more, if the whole fan theory about the Night King actually being Bran Stark pans out, then this whole thing gets even crazier!  Time to break out the dragonglass and Valyrian steel!

What do you think about the Night King and his army?  Are they just really, REALLY lucky or do you think they had this whole thing planned?  Let us know your thoughts in the comment section below.

Home » Fandom » ‘Game of Thrones’: The Night King Knows More Than You, Jon Snow and May Be Smarter Than We All Realize