The moment every Game of Thrones fan has been waiting for has finally arrived. The entire series, in its epic entirety, is now available to own on Blu-ray as of December 3rd.

In addition to owning all 8 seasons in Blu-ray format, Game of Thrones: The Complete Series also includes must-have, exclusive bonus footage including Game of Thrones: Reunion Special, “a two-part reunion show with cast members from the final season including Kit Harrington, Emilia Clarke, Sophie Turner and more, as well as previously departed fan-favorites like Sean Bean, Jason Momoa, Mark Addy and others. Hosted by Emmy®-award winning host Conan O’Brien, the reunion was shot in front of a live audience in Belfast and includes segments of footage from both the show and behind-the-scenes, highlighting a variety of topics that are sure to captivate fans.”

Check out the complete series sizzle reel below:

Pick up your copy of Game of Thrones: The Complete Series today! 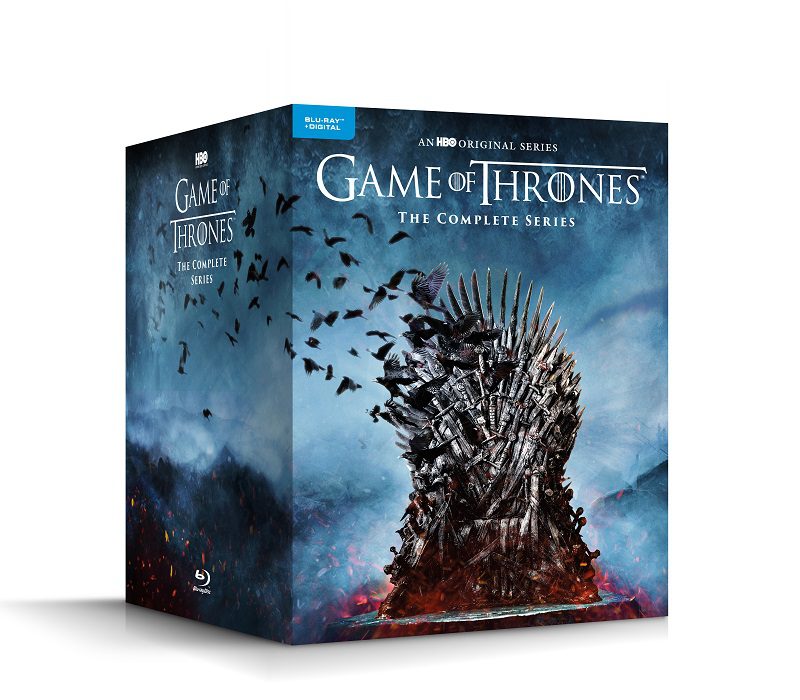 Home » News » ‘Game of Thrones: The Complete Series’ is Now Available on Blu-ray