Ever since Funko released a teaser sketch of a possible Eleven pop, back in late August, I have been foaming at the mouth waiting for these things to become a reality. For starters I don’t think there is a collectible out there that even slightly compares with Funko’s Pop Vinyls. I’m obsessed. There is nothing else out there that covers such a wide span of pop culture and provides such awesome products. Seriously, these things are simultaneously adorable and badass which is no easy feat to accomplish. My cat can’t even be both of those things (that might be a lie). I have gone all in on the Pop game and my collection is just a little south of three digits at this point. I’ve got Pops from Pulp Fiction to most things Marvel all the way to John Oliver and Game of Thrones with a dash of Walking Dead and a Super Grover because why not. I seriously can not get enough of these things. I actually shudder at the thought of how much I’ve spent collecting Pop Vinyls but I prefer not to think of it that way.  The long and the short of it is they make me happy. My heart is just filled with the most pure joy whenever I buy one, especially if it’s been a hard fought exclusive (looking at you blood spattered Jon Snow).

Way back in August I covered the series review of Stranger Things for this here website (you can find it here) and since then I’ve watched the complete series two full times and probably three and a half if you take in account random episode watching. I. Am. Obsessed. I can’t stop watching it. There is just something about this series that is just so perfect and is everything I love about story telling and television and *sigh*… it just has my heart. So yesterday’s announcement played like the ultimate Halloween gift (why don’t we give gifts on Halloween?). Just look at these things!! Look at them! 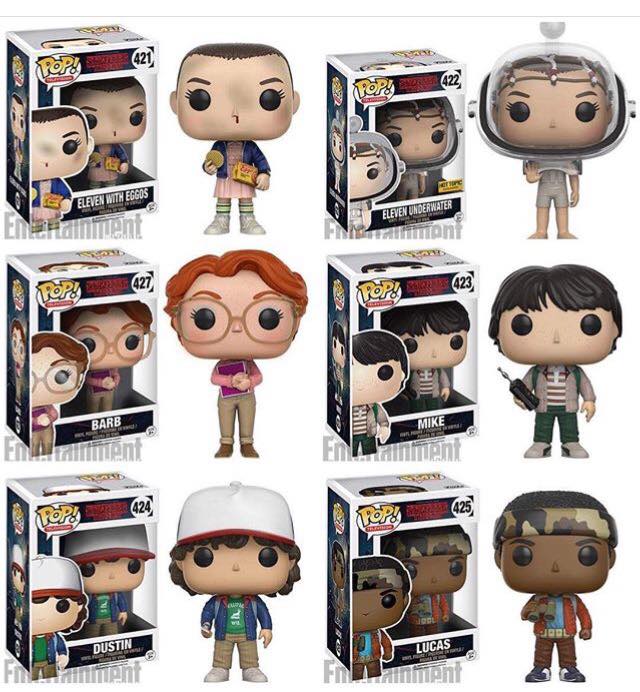 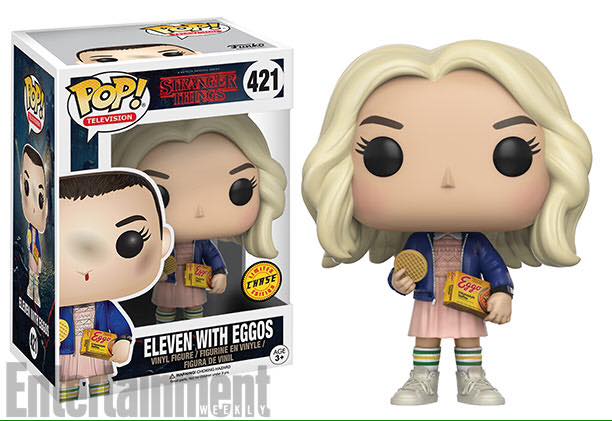 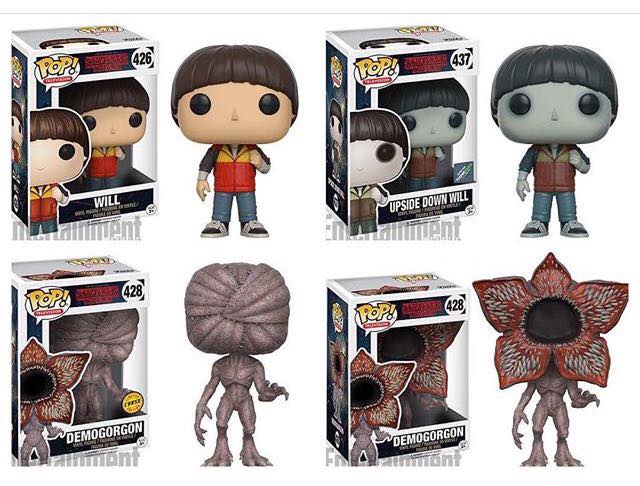 Geeklings, if you’re anything like me then you’ve already started planning which one of these bad boys you’re going to be purchasing. I’m currently up to eight with all the Elevens (that includes the Chase and Hot Topic exclusives because they’re amazing), the Upside Down Will exclusive (insert jaw dropping emoji here), a little demogorgon action, and the rest of the crew. Who am I kidding?! I just want them all. The only problem is the waiting (Tom Petty said it’s the hardest part) as these pops won’t be hitting shelves until early 2017. I actually pre-ordered one of the Eleven exclusives (the one with the wig for those curious about such things) and the website I used said April. I don’t think I can wait that long. It’s bad enough waiting for season two now I have to wait for the Pops?! The gods can be just and cruel sometimes.

What do you think Geeklings? You guys in love with Funko’s Stranger Things Pop line up? Is there anyone you’re sorry to see not make wave one? Like where’s Hop or Steve’s Hair? Which one of these can’t you live without? Feel free to sound off in the comments below or if you want to talk Stranger Things and/or Pop Vinyls with me (please do, I love that stuff)  you can find me on Twitter or Instagram @iamgeek32 . My Instagram page is filled with pics of my Pops so feel free to pop on in and comment (see what I did there?! Nailed it!).