As we all know by now, Doc Ock is returning for Spider-Man: Far From Home. This is BIG news that has everyone excited, though they’d be more excited if we hadn’t already heard about it. This was leaked months ago, but it’s still pretty nice to get confirmation! Alfred Molina did an interview with Variety where he finally broke his silence on his return as the villainous Ock. The last time we saw Molina as Doc Ock was 17 years ago. This was in Sam Raimi’s Spider-Man 2! That’s a long freaking time, guys. He died at the end of that film, so you might be wondering how he’s coming back. Well, Molina was thinking the exact same thing. Doc Ock’s death is being retconned for Spider-Man: Far From Home. 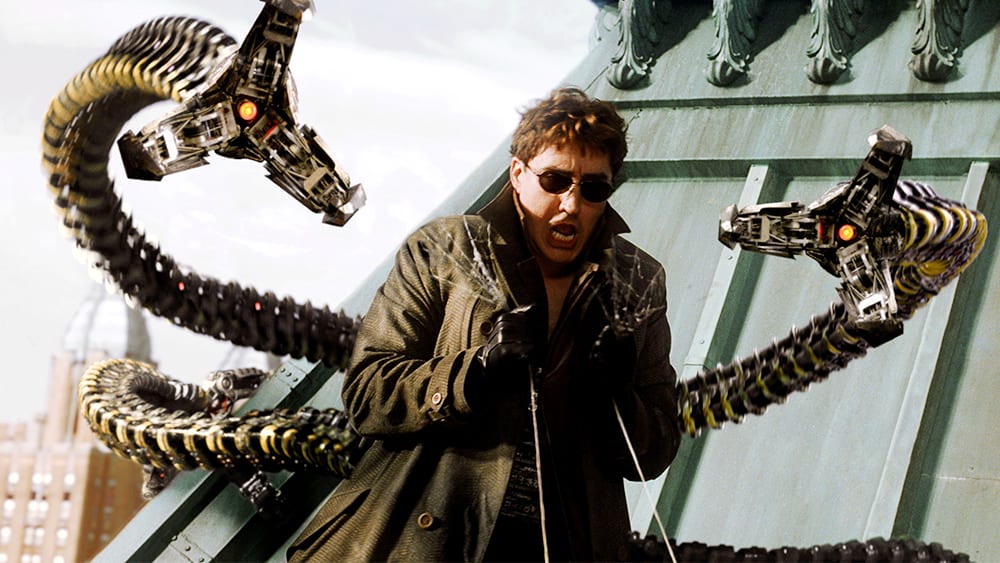 How Doc Ock’s story could continue was also on Alfred Molina’s mind when he came back for the role. “In this universe, no one really dies” is what the director, Jon Watts, had to say. Watts is directing Far From Home, just as he directed the first two Tom Holland Spidey flicks. Early conversations with Watts revealed to Molina that the film continues Ock’s story from that moment where he “died” in the river. So we can probably assume that if we’re picking up the story from that point, it’s a safe bet that Doc Ock didn’t die. Is it possible that’s the moment he crossed universes?

Fans have been pretty sure that the next Spidey film would be dealing with the Multiverse. That’s what Doctor Strange 2 is going to be all about. It seems there will be some universe crossing shenanigans in this one as well. How else could we possibly have Jamie Foxx’s Electro? Tom Holland claims that Tobey Maguire and Andrew Garfield aren’t coming back. I suspect it’s a load of crap.

How do you feel about Doc Ock’s death being retconned? Are you just excited to see Alfred Molina back?

Home » Movies » Doc Ock’s Death Is Being Retconned For Spider-Man: No Way Home