Spider-Man: No Way Home has had more rumors surrounding it than any other Spidey film. That’s because the rumors are so juicy this time around! We’ve heard about returning Spider-Men and villains from previous films showing up alongside Tom Holland. Some of those rumors have been debunked by Holland himself but c’mon… Doc Ock is back! Spider-Man: No Way Home OFFICIALLY has Alfred Molina back as Doc Ock! We’ve been struggling to get any information about No Way Home for months, and so far no one is cracking. Not even Tom Holland, and he’s known for giving spoilers away! Molina is finally breaking his silence, and he discussed his upcoming villainous return. 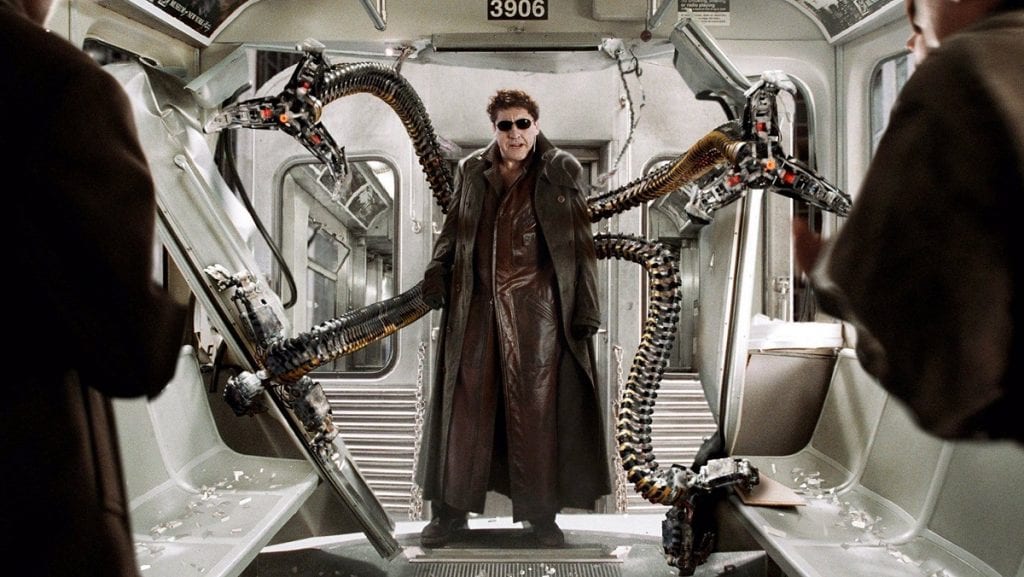 Molina spoke with Variety and he discussed returning as Doc Ock in Spider-Man: No Way Home. He also discussed what it was like working with Jon Watts, director of the Spidey flick.

“When we were shooting it, we were all under orders not to talk about it, because it was supposed to be some great big secret. But, you know, it’s all over the internet. I actually described myself as the worst kept secret in Hollywood!” said Molina.

Molina went on to mock himself since he hasn’t been Doc Ock since 2004’s Spider-Man 2. “It was wonderful. “It was very interesting going back after 17 years to play the same role, given that in the intervening years, I now have two chins, a wattle, crow’s feet and a slightly a slightly dodgy lower back.”

Molina had concerns though, returning to the role so long after. One of his first questions was how could Doc Ock’s story continue when he died at the end of Spider-Man 2. “In this universe, no one really dies.” was Molina’s response.

The Doc Ock after spoke about the conversation a little more, as well, “He just looked at me, and said, ‘Did you see what we did to [Robert Downey Jr.] and [Samuel L. Jackson]?” The actor laughed, before adding  “I don’t have the same physicality that I had 17 years ago. That’s just a fact.”

Finally, he spoke about how Doc’s arms are really the main attraction. “I then remembered that it’s the tentacles that do all the work!,” he said. M’y basic physical move as Doc Ock, as the actor, is just this. I just do that a lot, and the arms are doing all the killing and smashing and breaking. I’m just going —” he glared — “with a kind of mean look on my face… It was fantastic.”

Are you excited that Spider-Man: No Way Home officially has Alfred Molina as Doc Ock again!? I know I am!