Sadly, season 7 of Game of Thrones is almost over. In just the past 6 episodes, we have cheered at triumphs, cried at losses and were satisfied at the many reunions. Everything leading up to the finale where Cersei, Jon Snow, and Daenerys will finally meet in King’s Landing. Dany and Jon have joined forces and are hoping to form a truce with Cersei so they can all come together to battle the White Walker army. 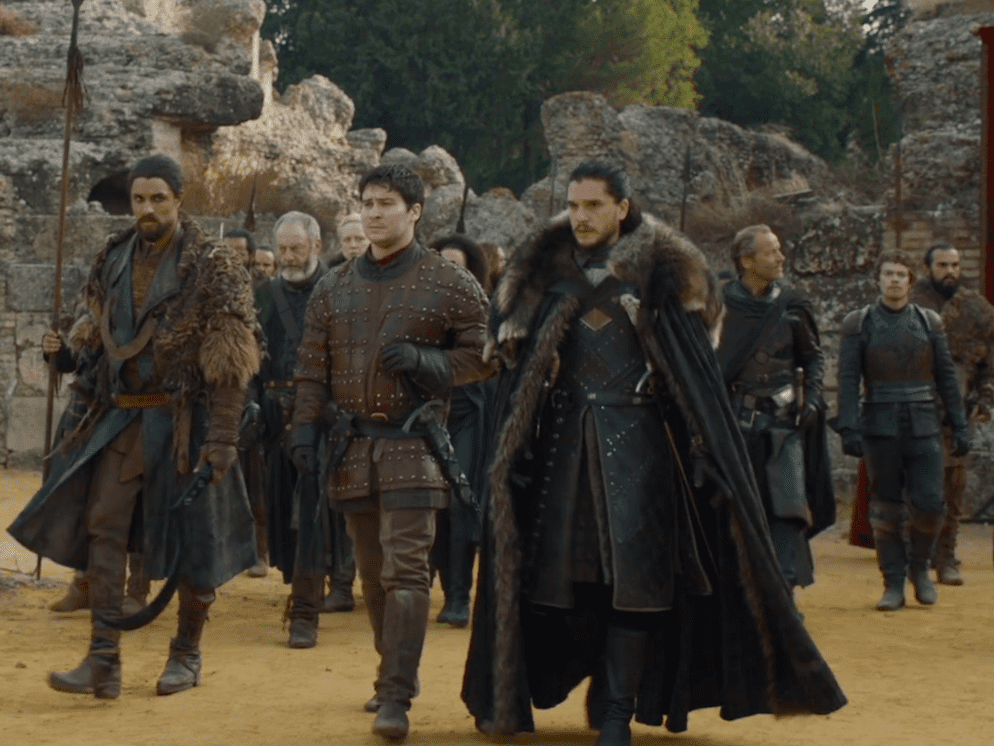 Now if we know Cersei, and we do, she is always up to no good. To top things off, they are on her turf so it is quite possible that she is setting some sort of trap. Since it is a finale, we expect there to be an epic death of a main character but at this point, we can only assume that it, most likely, will be someone in King’s Landing. But wait… just when you thought it was safe to be anywhere other than in the presence of the Lannisters, series director Alan Taylor, hinted in a recent interview that a beloved character not present at the King’s Landing meeting might meet their demise.

Taylor teased that one of the Stark sisters may not live to see season 8.

Okay, so long story short, Arya makes it back to Winterfell and is reunited with her sister Sansa and her brother Bran. The reunion seemed to be great until Littlefinger gets involved and begins to pit the two sisters against each other.

Arya blames Sansa and believes that she betrayed their father, Ned Stark. She finds a scroll that is conveniently planted by Littlefinger, written by Sansa, asking her brother Robb Stark to bend the knee to King Joffrey. This all happened back in season 1. Arya doesn’t know that Sansa was forced to write the note by Cersei. She also doesn’t know all the hell that Sansa has been through.

Though they had never been close, we were so happy to finally have all the remaining Stark siblings back in Winterfell. From the looks of the way things are going, we might have a sister showdown. Arya threatens Sansa by telling her that she has the ability to be anyone, including her and all she needs is her face. Sansa also makes a move by sending Brienne to King’s Landing. Does this mean that knowing that Brienne vowed to protect BOTH Stark sisters, by sending her away, she won’t be there to protect Arya?

“I love the fact that these two come back, they’re both lethal, and I just wanted to give the impression, as much as possible, that one of them is going to die. But you’re not sure which one…Arya is certainly lethal and sort of threatening, but when Sansa sends Brienne away, who is Arya’s natural protector, something is coming very soon between them, and it will be violent but surprising.”  ~ Alan Taylor

Now, do we want to see violence among sisters? Yes and no. We want there to be violence but not towards each other. We’re hoping that they are both secretly working together and playing into Littlefinger’s game and manipulating him to believe that they are at odds with each other but are plotting on getting rid of him.

Sansa was asked why Littlefinger was even there and she replied that without him and the Vale, they wouldn’t be where they are and she needs them. 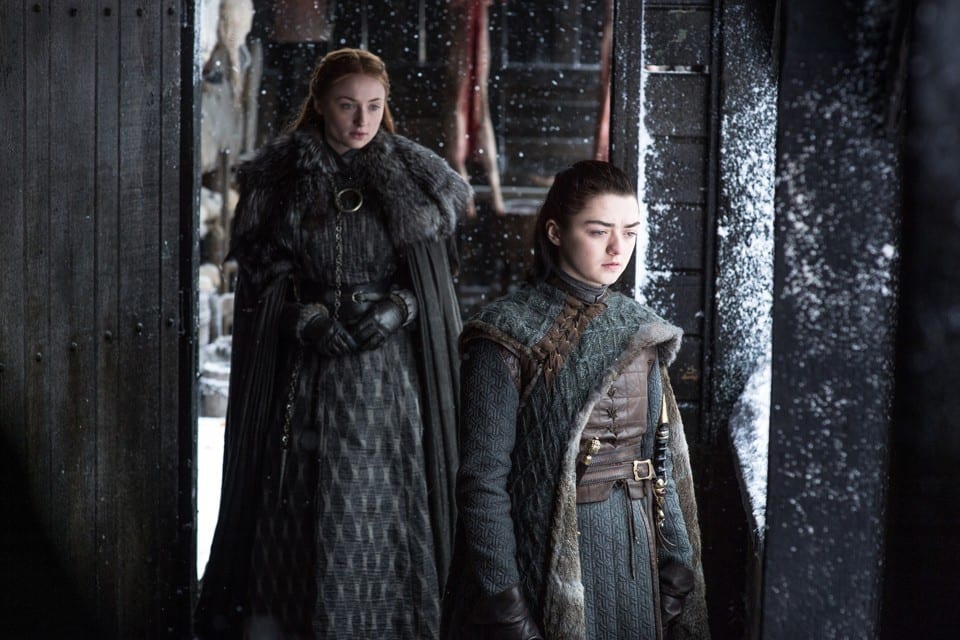 Here’s a theory. Since Arya can be ANYONE, they can kill him, take his face and Arya can become Littlefinger, when needed, to keep the Vale alliance in tact.

Which ever way this will play out remains to be seen. Maybe Taylor just wants to mess with our minds. We will all find out soon enough when the season 7 finale of Game of Thrones airs this Sunday, August 27, on HBO.