It’s no secret that die-hard fans of Stephen King’s great opus, “The Dark Tower,” have been eagerly awaiting a trailer since it was first announced that filming had begun last year. Many Constant Readers know the tale of Roland and his ka-tet is no easy task to bring to the big screen, just because of the sheer mass of it all. Expanding over eight novels, thousands of pages and miles of Mid-World ground to cover, this monster of a tale is one that will go down in the record books… but for being amazing or disappointing?

Last night at CinemaCon in Las Vegas, Sony offered critics the first look at footage from the film due out this summer. It has yet to be released to the public, as some of the special effects are not yet finished. However, that didn’t stop some from taking to Twitter to add their thoughts on what is hopefully the first of many ‘Dark Tower’ related movies. 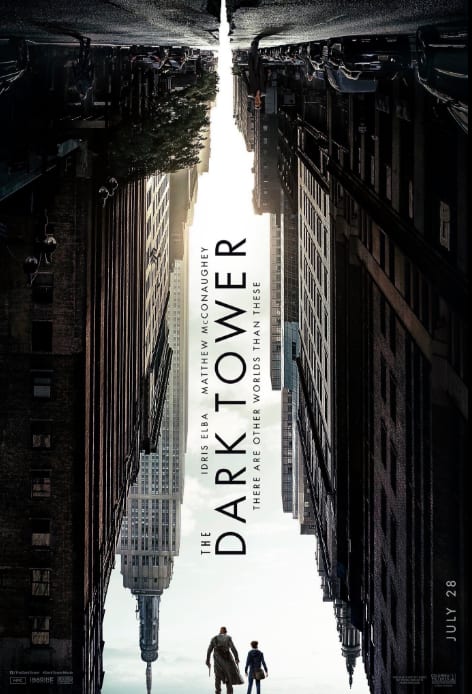 The general feedback seems to be pretty excited for the film after watching the trailer. Reactions to what they witnessed included phrases like, “bad ass” and “epic.” Some of the critics praised the performance of Tom Taylor (Jake) and Idris Elba (Roland), as well as the various fantasy and action elements included in the film.

A couple of reporters that had the chance to see it, claim the feeling of the film is much different from the novels, which can either be exciting or frustrating depending on your point of view. Others, who have never picked up the books say that it looks fantastic, whether some of the special effects were finished or not.

Personally, as a Constant Reader who has walked the path of the beam with Roland and his friends many times over, I will reserve judgment for when the full film is released this summer on July 28th. Before you go, if you’re a fan of Stephen King’s work, be sure to check out the

Before you go, if you’re a fan of Stephen King’s work, be sure to check out the trailer for ‘It’, which will be in theaters this Fall. Follow us on Twitter @FanFestNews to stay tuned into the latest news on “The Dark Tower,” “It” and any other of King’s adaptations coming this year.