It’s been almost 40 years since Close Encounters of the Third Kind hit theaters for the first time in 1977 and it’s been nearly 1 month since a mysterious and unexpected video hit the internet seemingly teasing either a return for the film or a possible sequel.

Well, fans everywhere can rejoice in the fact that Close Encounters of the Third Kind will be returning to the big screen later this year!  A whole new generation is going to get the opportunity to experience this epic and classic Steven Spielberg film in a newly remastered 4k format.

The original film release date was November 16, 1977, and with the 40th anniversary just around the corner, the timing for a re-release could not be more perfect.  Sony Pictures Entertainment has released the following trailer in order to celebrate the re-release.  Check it out:

The trailer is a direct reference back to the film title itself.  The nearly two and a half minute video describes the three types of UFO encounters.  The first type of encounter is a sighting as shown when Roy Neary (Richard Dreyfuss) and Jillian Guiler (Melinda Dillon) spot an unidentified object flying over them in the sky.  The second type of encounter involves physical evidence and the third encounter is direct physical contact with extraterrestrial lifeforms.

Starting on September 1st, for one week only, fans of the film will have the opportunity to see the movie in theaters around the world.  Check your local theaters for screening dates and times.

Are you excited for the digitally remastered re-release of Close Encounters of the Third Kind?  Let us know your thoughts in the comment section below. 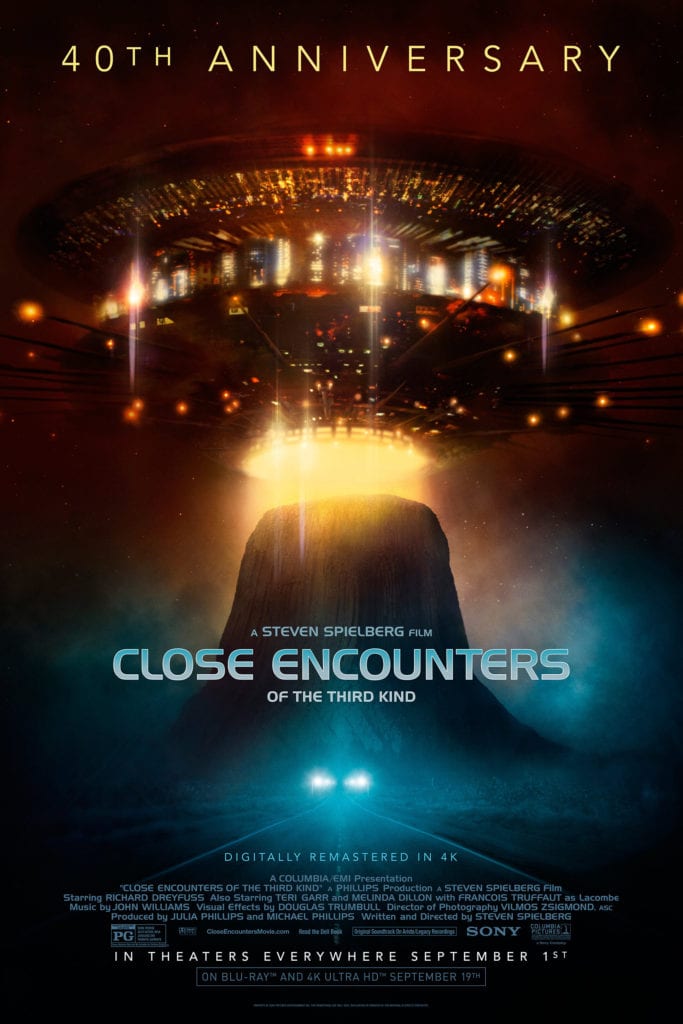