Did Super Troopers really come out 16 years ago already?  That was 2002 when the world first met Broken Lizard?

I guess time really has passed by that much since then. Back then I was getting ready for my senior year of high school and still had one last summer left before I crossed the stage for my diploma. I remember the summer of 2002 when Super Troopers hit home video – because I watched the movie minimum four times a week. And I can’t even make up that number. My friends and I were obsessed with the riotous comedy. It was our modern day Animal House, a laugh-a-minute yuckfest that clutched onto my generation with absurdist comedy and spitfire one-liners. Hell, many of those quotes I use in my daily dialogue even now. Meow, I don’t know about the rest of you, but I became a devout Broken Lizard fan in those following years. Sure, Club Dread was a bit of a snoozer but Beerfest was more of their bawdy shenanigans. The press tour the troupe did for that 2006 comedy is the stuff of legend – taking over bars in the country’s biggest cities, playing drinking games like quarters and beer pong, and meeting with their legions of fans from coast to coast. See below as evidence. (Yes, I was that young once. I was only…21. Oh God, I’m old.) 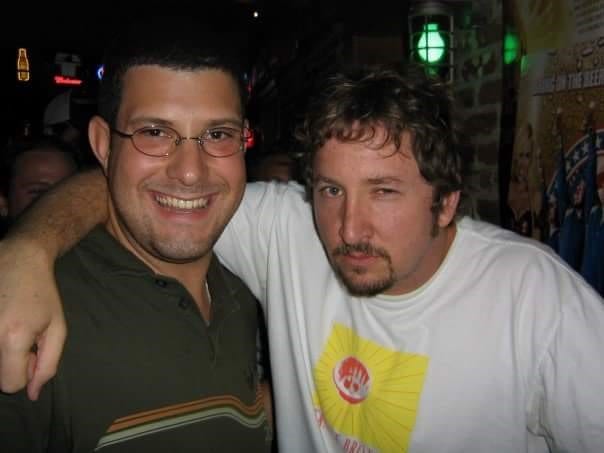 Even with continued success with 2009’s The Slammin’ Salmon, the group eventually went off to work on side projects while crafting a sequel to their beloved cult classic. Fox Searchlight even agreed to green light the sequel but advised Broken Lizard they would need to raise production funding themselves – which is absolutely baffling, given how cult the troupe’s films have become in modern day pop culture. The troupe concocted an Indiegogo campaign to get the funding for the sequel themselves. And fans responded in kind, contributing a whopping $4.6 million dollars altogether. (The campaign raised over $2 million alone within the first 26 hours of campaign launch. That was more than the original film’s $1.2 million budget.) That was almost two and a half years ago. Filming commenced October 2015, post production wrapped August 2017, and here we are, finally, after an eternity of endless waiting the sequel we’ve all demanded is hitting theaters today.

So – was Super Troopers 2 worth this agonizing 16 year wait? The countless drafts and rewrites, ceaseless teasing by Broken Lizard about how close the film was to lensing, and a fever pitch more than waiting for the forthcoming season of Doctor Who?

Why, yes. Yes, that wait was well more than worth it. The jokes are as crude and lowbrow, yet side-splitting as they have ever been and that’s what matters most in a comedy this hotly anticipated. Broken Lizard doesn’t try to reinvent the wheel in Super Troopers 2. Instead, they just look to have what people are missing – the ability to sit down, kick back, and laugh till your face tints red from cracking up.

See, the ballsy bunch of the Vermont Highway Patrol – well, Spurberry Police Department if you’re following along from the original – have moved along in their lives. The rumors about town talk about an incident involving Fred Savage but no one seems willing to divulge further into why the troopers aren’t doing what they love each and every day. Farva’s a construction supervisor. Thorne’s a lumberjack and that’s okay. (That’s a Monty Python quote, meow follow along.) Foster is still infatuated with girlfriend Ursula, now the chief of police in Spurberry. Mac and Rabbit, well, they’re just out and about enjoying life. As fate would have it though, Captain O’Hagan reassembles the troops in northern Vermont. Turns out the stakes that denote the United States/Canadian border are wrong. Part of Quebec actually falls in Vermont. And now, to quell the border dispute, the boys’ll need to dust off their badges and get back to work. Oh, and there’s something about smuggling guns and drugs across the border. Again. And chunky Canadian Mounties. Pancakes. Bears. Oh, and shenanigans. Lots and lots and lots of shenanigans.

What did you expect, 105 minutes of Broken Lizard trying to reinvent the Einstein’s Theory of Relativity for Generation Y? C’mon meow. Sure, the overall plot bears a striking resemblance to the film that made them stars at Sundance in 2001. Nine times out of ten, I would cry foul at regurgitating the same plot points from one film to another. Once again the troopers are at odds with local police, with the mayor attempting to keep the peace between both sides. There’s a rash of drugs showing up all over town that leads Vermont’s finest to open an investigation only they can solve. The boys prank each other – and motorists – with nary a thought about consequences to their actions. The trick is, if you’re going to use the same sketch to outline a new painting, you better make sure the rest of the material is fresh. At least Super Troopers 2 manages to distinguish itself from the original thanks in part to a whole new set of raunchy and filthy, yet whimsical and ludicrous gags that make the sequel stand out.

You shouldn’t concern yourself if the troupe still is able to make you laugh so hard that your cheeks begin to hurt. While Super Troopers hasn’t aged a single day in nearly two decades, that movie wasn’t chucking you one-liners and jokes a minute in such a manner you missed dialogue. Super Troopers 2 instead delivers joke after joke, hammering away with puns and zingers without skipping a beat. After all, Broken Lizard has been working on this script on and off for nearly ten years. Meow you might be expecting the same jokes copied and pasted and reused, just a different spin on what you’ve heard before. You would be wrong. Instead the troupe has devised a fresh set of wisecracks, pranks, and well – shenanigans. There’s no shame in getting low brow with comedy, especially since American Pie revolutionized the genre nearly 20 years ago. I’m just astounded at how shameless some of Broken Lizard’s antics feel this time around.

That’s not even a knock on the comedy, not at all. Sure, most critics out there can’t appreciate a good vulgar comedy once in a while. Everyone these days wants to play it safe. Where’s the entertainment in that? Fans new and old are treated to some of the bawdiest material and lines in a Broken Lizard film to this very date. Kids hopped up on pills going full Gary Busey? Check. A running gag about a women’s fertility drug and the side effects? Check, check. And that’s barely scratching the surface too without spoiling more of the meatier mischief and clowning. I genuinely found myself laughing more often than I had with Super Troopers. The fact I meow need to do a repeat theatrical viewing to catch all the jokes I missed says something. No, Super Troopers 2 doesn’t best the original – the original did kind of have a heart, the sequel is more a yuckfest – but really, do we need to put the two on a pedestal? The situations they’ve concocted this time may actually almost best the 2002 original. Meow, look again, I say almost best. Very rarely can a sequel manage to top what came before any addition to a franchise. Super Troopers 2 doesn’t aim to be worshiped by fans but instead favors to push their characters to the brink of near insanity. The quaint Canadian town they’ve been sworn to protect is the total – and tonal – opposite of Spurberry. The town is littered with brothels for both male and female, and even sharing the same stage to the townsfolk’s delight. The metric system is the standard method of computation, confusing the boys on how to do their jobs. (And how to accept insults based on their height and weight.) The local wildlife isn’t anything to joke about like back home but actually rather dangerous. Most of all – people sure love their pancakes and their hockey. All of the above, and much more, seem somewhat normal but how Broken Lizard wraps the humor around those scenarios is what makes Super Troopers 2 stand out.

Really though, the glue that keeps the film together is the power of all five Broken Lizard members. Not having the five banded together again wouldn’t have the same resonance as their other films. (There’s even a moment where we feel like we won’t have to endure more of Rod Farva – and then in barrels Farva at the last second with his toothy grin and offensive jokes.) Sure, a smidge of character development has seemingly disappeared but not for the worse. Thorny’s wife and kids have taken flight without a single explanation as to why but he’s clearly a man missing something in his life. Foster still hasn’t grown up and is still a prankster. Rabbit’s somehow still the rook, though the guys are all older now and in their 40’s. Farva’s still an arrogant misogynist. Mac is still the short spunky wildcard. Broken Lizard’s movies stand out because of how the troupe meshes so well together, just like old friends sitting around and knocking on each other for two hours. Toss in their penchant humor, you’ve got yourself a winner. What more do you want?

I’ll say this. Below, that would be Jay Chandrasekhar. He’s the director of Super Troopers 2. I know that Rotten Tomatoes is telling you to “puff, puff, pass” on this sequel. You would be out of your mind to not sit back, relax, and lose yourself in a movie frothy with Broken Lizard’s patent wit and witticism. Sure, I’ve burned my Blu-ray copy of Super Troopers out to the point I’m unsure if the disc will even play, but I couldn’t have been happier to see that Chandrasekhar, Soter, Lemme, Stolhanske, and Heffernan haven’t lost a beat. Now, do us all a favor. Don’t wait another 16 years for a farewell tour. Let’s see more of those smiling faces again, and soon.

Jerrold spent his childhood in southeastern Pennsylvania ingesting far too many TV shows and movies, thus creating a stark-raving mad geek. He’s a movie aficionado, binge-watches Netflix, and is a total TV junkie. His addiction has led to an unhealthy and rabid obsession of various geek pantheons – Star Trek, Star Wars, both DC *AND* Marvel,
cult 80’s and 90’s television, Supernatural, The X-Files, Doctor Who, and, and…holy overload. He’s still waiting to run away in a 1967 Impala or a blue police box.