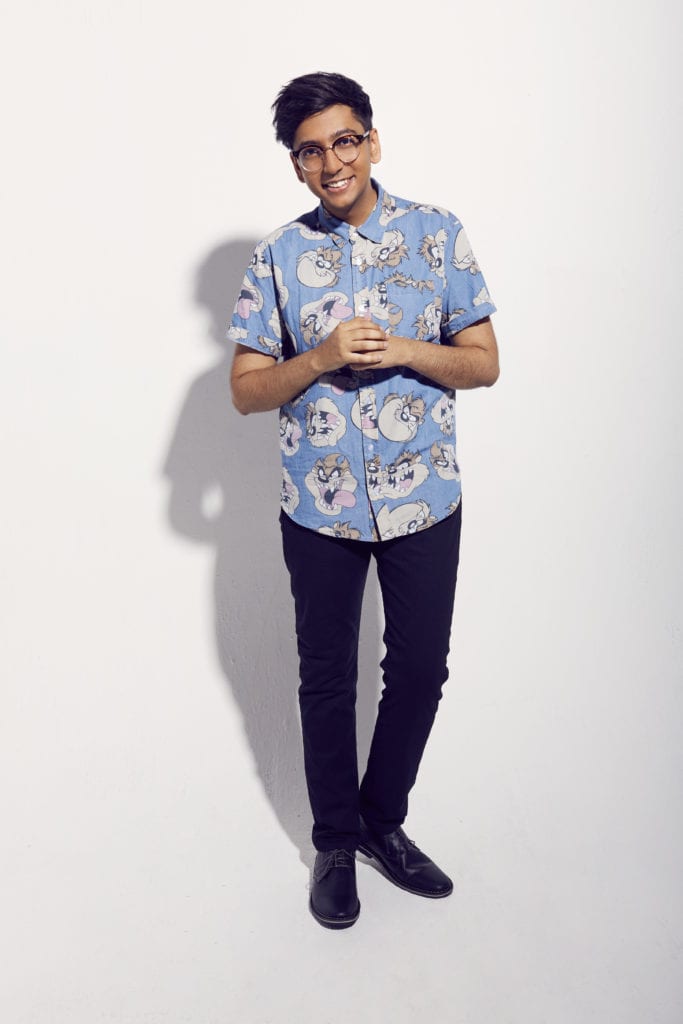 Looking for a quick binge on Netflix? Cozy up to Atypical, a must-see heartfelt comedy that follows an 18-year-old on the spectrum as he navigates his way through life, and a newfound curiosity for romance. But heart and soul isn’t the only thing you’ll find with Netflix’s new hit series, there’s a seriousness found in this full-on comedy that I have never experienced in my decades of watching television.

Sam, played by Keir Gilchrist, is on an extremely important journey of self discovery as he tries to find a girlfriend. With the help of his quirky, often over the top BFF and co-worker Zahid, things are bound to get a little bit ridiculous. From heading to a strip club to see boobs for the first time, to buying chocolate covered strawberries for his therapist, Sam sometimes struggles to find a balance between what he wants and what he needs from those around him. Atypical takes on a topic that’s not regularly covered in mainstream media and quickly proves that Sam is much more than his diagnosis and is an overall fully-realized character despite his overbearing mom, hands off dad, and protective but pithy little sister.

Zahid, played by the hilarious Nik Dodani, is just as supportive to his friend, as he is extreme with his dating advice to Sam. His presence is unexpected yet welcomed in this newfound territory of exploring people on television that are on the spectrum. The entire show features relatable characters with great depth, and Dodani, a Los-Angeles based comedian, delivers a subtly stellar performance on Atypical, which is sure to captivate the hearts of viewers worldwide.

I got the chance to ask Dodani some questions about his time on Atypical, the need for a show like this, and what’s next for the comedian/actor/activist.

MCKENZIE MORRELL: Hi Nik, thank you for taking the time to chat with Fan Fest News. Can you tell us about Atypical and the character you play?

NIK DODANI: Atypical is a really sweet family dramedy that follows Sam Gardner, an 18-year-old on the autism spectrum, as he tries to start dating, having sex, and finding love and independence. We get to see the world through Sam’s eyes as he and his family try to grapple with the change that comes with growing up. I play Zahid, Sam’s ridiculous co-worker and best friend who takes it upon himself to coach Sam on the ways of dating and romance. Think Hitch, but way nerdier and full of terrible advice.

MM: I binge-watched the show in one sitting and it was refreshing, funny, heartfelt, and eye-opening. Did you anticipate the audience would relate so much to this topic?

ND: It’s been so incredible to see the way people are reacting and relating to the show. I think most people, at some point in their lives, have been made to feel like an outcast, as someone who isn’t “normal,” and so it makes sense to me that the show is resonating with folks.

MM: Would you consider Atypical a career-defining role for you? It’s definitely bringing both your acting and comedy to the forefront!

ND: I have no idea! Maybe? Who knows. I do know that it’s been so much fun to make and such a privilege to play a small part in telling this story.

MM: Do you and Zahid share any personality traits? Anything about him you admire most?

ND: Zahid and I are very different people, but we’re similar in the sense that underneath our weird, joke-filled exteriors, we’re both pretty emotional and awkward dudes. I love how much Zahid cares about Sam. He’s a loyal friend.

MM: He really is. And I found it intriguing that Zahid is a ladies man… you’d never think this nerdy dude, who is sometimes so in your face would be getting the ladies left and right. What do you think gives him the x-factor?

ND: It’s because he’s secretly a big sweetheart, and who doesn’t love that?

MM: The thing about your character that I enjoyed the most, was that he didn’t treat Sam any different because of his Autism. He treated him the same as if he were a “neurotypical.” Do you think your character is cognizant of Sam’s condition?

ND: Zahid is definitely cognizant of Sam’s autism, he just doesn’t treat him any differently for it. At the end of the day, Zahid thinks Sam is a great guy who’s fun to hang out with and that’s all that really matters.

MM: Did you have to do any research before taking on this role? Or did you have experiences with Autism prior?

ND: Robia Rashid, the creator of the show, recommended that I read David Finch’s The Journal of Best Practices: A Memoir of Marriage, Asperger Syndrome, and One Man’s Quest to Be a Better Husband, which was so incredible in showing what it’s like to live on the spectrum. I also read John J. Pitney’s The Politics of Autism: Navigating The Contested Spectrum so I could better understand the political landscape. I also read countless articles, watched a couple of short documentaries and videos by comedians on the spectrum, and spoke at length with my older sister, who’s a child psychologist. I learned a lot, but I still have a lot more to learn.

MM: Wow, that’s amazing. You really went in depth for this role. While filming Atypical, did you learn anything unexpected?

ND: Doing this role made me realize how many misconceptions about autism I had picked up and accepted as fact. One example that the show touches is on is the misconception that people on the spectrum can’t feel empathy. That’s a load of crap and such a dehumanizing myth. There are so many falsehoods about autism that are damaging to the community, and this show helped me learn that.

MM: Acting or comedy? No context, just do your best to answer however you see fit.

ND: Can I be selfish and pick both?

MM: Sure you can! You have the best comedic timing, is that something you had to work on throughout your career– or it just came naturally?

ND: Thank you! It’s definitely something that I’ve been working on for years. Doing stand-up has for sure sharpened my sense of timing and this role in particular was a big learning experience for me.

MM: How have fans been on social media? Consuming content in the Netflix platform opens up that idea that people might come across your work at all different points in time.

ND: The fans have been amazing, hilarious, silly, and full of so much love. I keep getting asked for dating advice and I’m just like, “Ahhhh I have no idea how to help you kid, but thanks for watching the show!”

MM: Ha! I like to ask all of my interviewees a question about donuts. If you were construct a donut based on your personality in real life, what kind of donut would it be and what toppings would be on it?

ND: Chocolate glaze with sea salt. Sweet with a kick.

MM: Have you ever binge-watched a show, only to find out that it got canceled?

ND: Thankfully not, but I am dreading the day that happens…

MM: It’s the worst, trust me. Any show that’s off-air now, that you wish would come out with a reboot or remake?

ND: Oh gosh. The idea of a reboot scares me, but if it’s done right, I think a 30 Rock reboot would be dope.

MM: Why should viewers tune into Atypical… and how can we help you guys get a Season 2?

ND: The show is funny, sweet, charming, dark, sad, sexy, happy. It has everything you’d want, and a really quick binge. And I’m in it! You can help us get a season 2 by telling everyone you know to watch it and sharing your love on Facebook, Twitter, and Instagram.

MM: To wrap up, any other projects you’re working on that you’d like to tell the readers about?

ND: I just finished shooting a movie called Alex Strangelove that I’m really excited about. It’s a hilarious Ben Stiller-produced film by Craig Johnson about a teenager struggling with his sexuality. It’s a genre that we love but a story we’ve never seen before. Keep an eye out for it on Netflix sometime next year!

‘Friends From College’ Renewed for Season 2 on Netflix