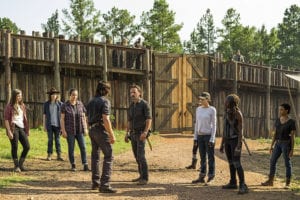 Andrew Lincoln was interviewed by CBR.com about part 2 of Season 7. “It’s probably the opposite of what you just witnessed,” Lincoln said. “Certainly from Rick’s point of view. You see a man in action again with some of the members of his closest family.”

“There’s a lot more levity, if you can believe that, than you’ve ever seen before in Mr. Grimes,” Lincoln said. “There’s sort of a freedom in him, a feeling that comes from losing everything, and also the thrill of the fight. It’s the thrill of the fight again. He’s back in. All I’m saying is that the band is back together.”

“There are several episodes that I loved being involved in and it certainly feels very much more like a show that I knew and recognized in the back eight,” Lincoln said. “I loved the episodes that I was in.” 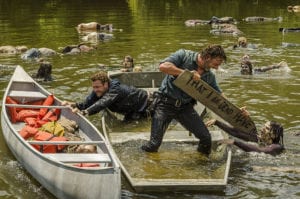 Showrunner Scott Gimple teased as much in an exclusive interview with ComicBook.com following the violent midseason finale.