Details regarding American Horror Story: Cult have been rolling in ever since Ryan Murphy officially announced the season’s themed-title at San Diego Comic-Con last month.

The upcoming 7th season still has many mysteries but, we’ve known (or at least we’ve been told) for some time that the setting for the series will take place immediately following the 2017 presidential election and will show a version of President Donald Trump and Hillary Clinton.  Murphy had commented that the season will hinge on the fear and uncertainty which comes about afterward so, how does the theme of “cult” fit in?  Our guess would be, after the election, an unstoppable downward spiral of American society yields to the rise of organized underground subcultures (cults) and the horror story starts from there.

While this is an interesting concept, it’s just a guess.  We’ll have to wait until the season premieres to see if our prediction is correct but, in the meantime, FX has released some haunting images teasing the upcoming season.   In the gallery below, we get our first look at Colton Haynes, Alison Pill, Billy Eichner, Cheyenne Jackson and Billie Lourd as their characters for this season.  Based on these photos alone, we have NO idea how this season will incorporate a presidential election.  Is it possible that was all just a ploy to stir up the conversation surrounding the season?

Upon first glance, the photos appear to be character posters and nothing more, however, take a closer look.  Do you see the creepy cult clown figures lurking in each shot?  You might have to look extra hard at Billie Lourd’s photo in order to spot it.  Here’s a hint, it’s not the clown doll that’s next to her on the bed.

Check out the creepy character photos below:

In additon to the character posters, FX released some concept cosutme sketches for the upcoming season.  These are extra creepy! 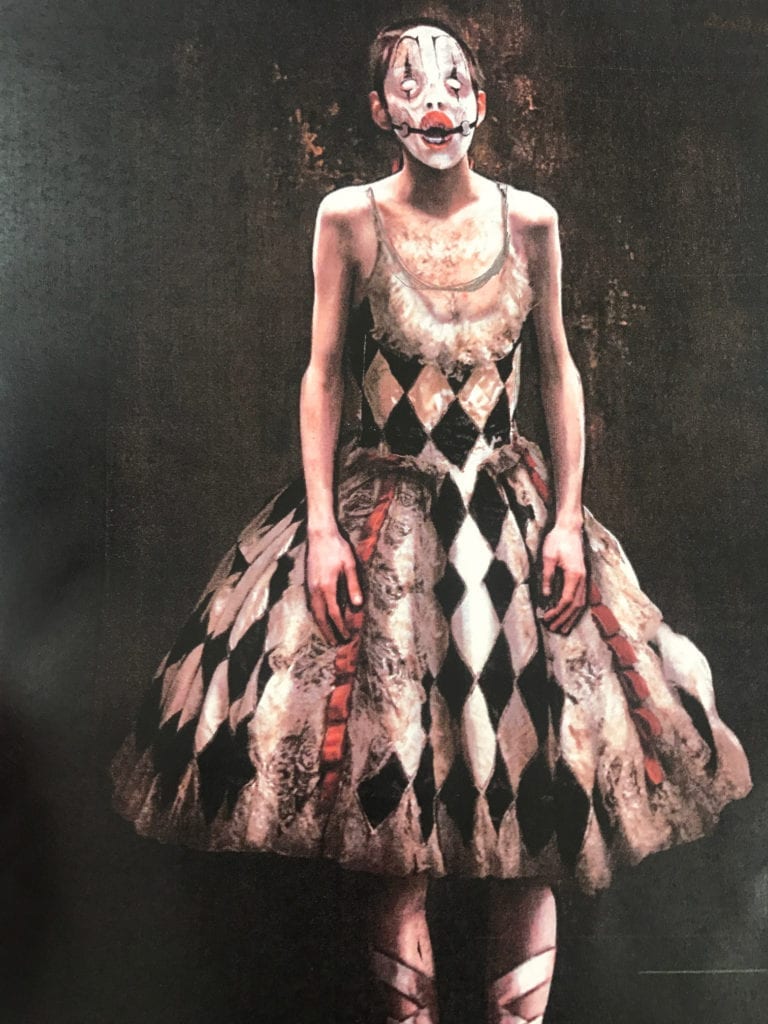 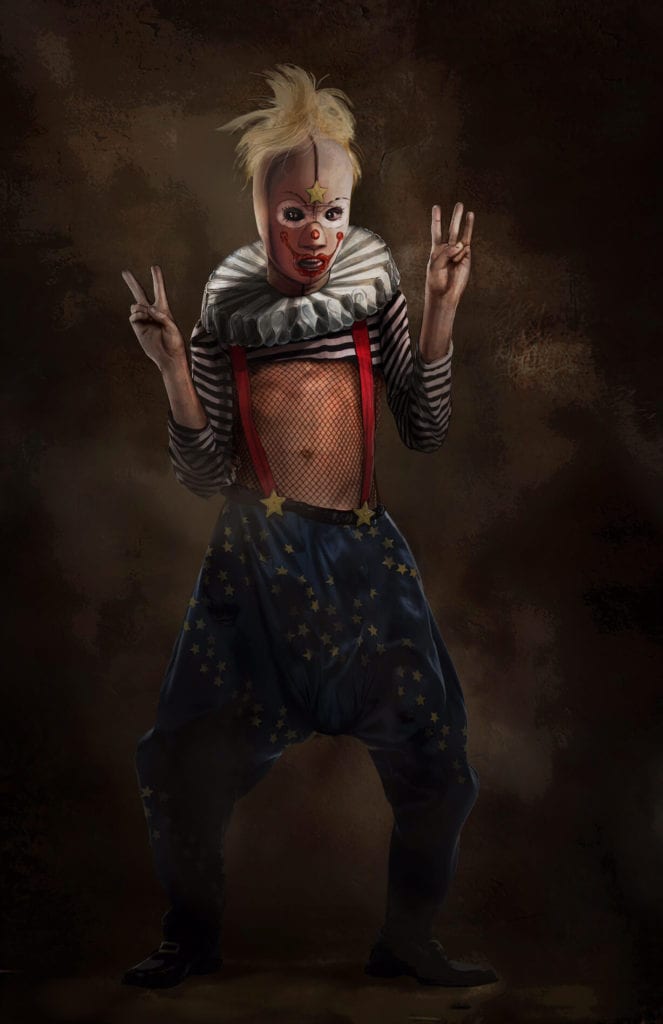 One thing’s for sure, this season is setting up to be a creepy and crazy one!   The season will also star  Evan Peters, Sarah Paulson, Emma Roberts, Lena Dunham, Adina Porter, Mare Winningham, Frances Conroy, Chaz Bono and Leslie Grossman.  American Horror Story: Cult will premiere on FX on September 5, 2017.

What do you think of all the information we’ve gotten about American Horror Story: Cult so far? Will you be watching?