On Monday, Sumner Stroh revealed she had an affair with Adam Levine after moving to Los Angeles. “Maroon 5 is practically elevator music at this point,” she added. So, you must be aware who Adam Levine is. After I stopped talking to him for a number of months, this is how he resurfaced in my life.”

On Tuesday, Adam Levine issued an Instagram Story apology. He denied cheating on his wife, but admitted he acted “I did not have an affair, nevertheless, I crossed the line during a regrettable period in my life. In certain instances it became inappropriate; I have addressed that and taken proactive steps to remedy this with my family,” when he sent flirty texts to women who were not his spouse. “poor judgment” he added. 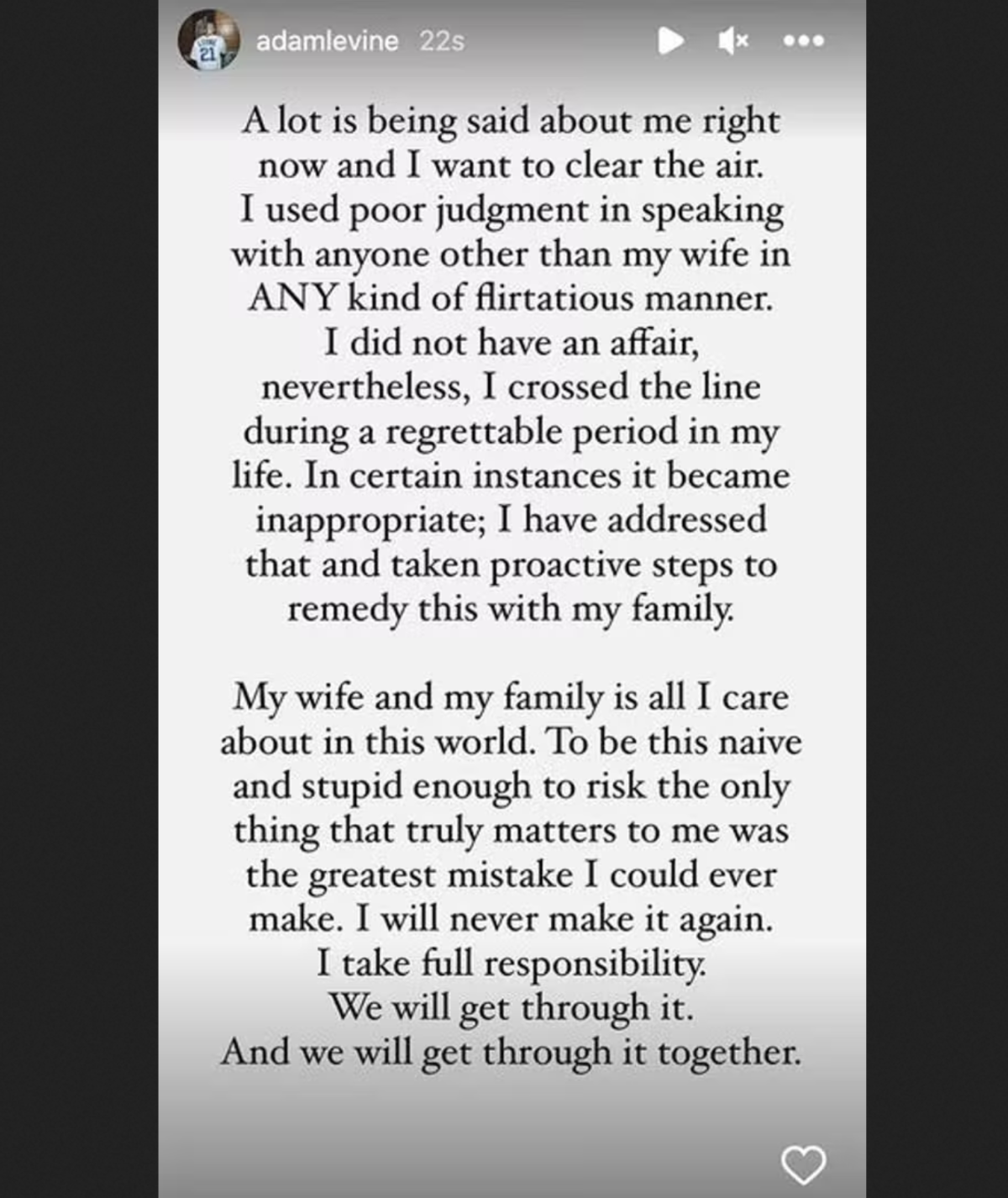 “My wife and my family is all I care about in this world,” Levine continued. “To be this naive and stupid enough to risk the only thing that truly matters to me was the greatest mistake I could ever make. I will never make it again. I take full responsibility. We will get through it. And we will get through it together.”

Levine and Prinsloo are expecting their third child together. The couple married in 2014 and have two daughters: Dusty Rose, 5, and Gio Grace, 4

In a second green screen TikTok, Rosef shared a screenshot of another alleged conversation with the musician that showed him purportedly telling her that she’s got him hooked (using a fish on a fishing pole emoji).

“I’m so weird too and only listen to metal,” she wrote, to which he allegedly replied, “Said no hot chicks ever other than you.”

Rosef has since deleted both TikTok videos.

Another woman, comedian Maryka, took to her Instagram Story on Tuesday to share her alleged DMs with Levine, which began with his purported message to her that read, “I’m now obsessed with you.”