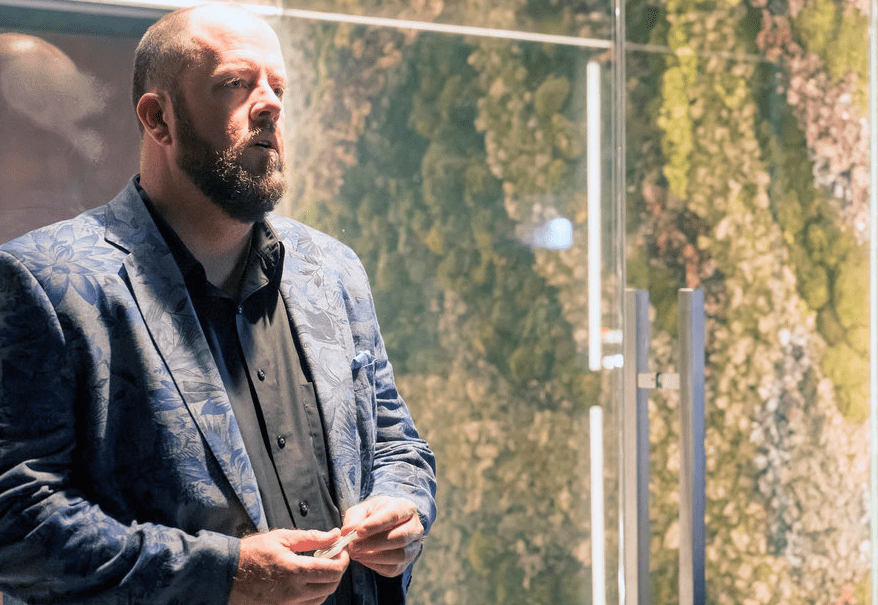 It looks like Miguel isn’t the only one who is going to be getting a meatier story in the upcoming third season of This Is Us. Thanks to a post shared by Chris Sullivan who plays Toby on the show we now know that in addition to diving deeper into that flash-forward from the season two finale, we are also diving into the character’s past. Sullivan recently stopped by the This Is Us writers room and saw on the storyboard a notecard that read “Toby’s Origin Story” to which he responded with “Uh…oh! Looks like we’re digging deep.” Check it out below!

Viewers first met Toby in the pilot episode when he meets Kate Pearson at a weight loss meeting and begins his attempt to sweep her off her feet. This past season we watched their relationship took some wild ups and downs as Toby struggled to find his place in Kate and Kevin’s relationship and help her work things through with her mom and Jack’s death. We also followed the couple as they celebrated the joy of Kate’s pregnancy and the devastation after she miscarried. Despite all of that the two beat the odds and walked down the aisle in the season 2 finale, but viewers were also treated to a flash-forward of an extremely depressed Toby laying in bed.

While Toby’s flash-forward was mixed in with some other plot clues for season three, it was still one of the more shocking reveals. On the often overtly emotional show, Toby has consistently served as the comedic relief and to see him in such a dark place was certainly jarring for viewers. His depression isn’t coming out of the blue though. Prior to marrying Kate, Toby’s parents urged him to back out, worrying that she was “unstable” and feared she would eventually bring him back to a dark place he’d been before. This is something Toby himself has talked about in the past as well. In season 1, Toby revealed that after his first marriage ended he became clinically depressed and even went as far as to attempt suicide.

Now, This Is Us loves a good misdirect, so there’s a chance that Toby’s flash-forward could show him suffering from a physical illness rather than depression, but due to his previous story arcs, the latter seems the most likely.  Of course, in addition to learning more about Toby’s origin story, This Is Us Season 3 has promised to dive into some more stories of the past and future that fans have been wanting to see such as Jack’s days in Vietnam, the early days of Jack and Rebecca. and more about that mysterious “her” scene between old Randall and Tess.

Are you excited to dive deeper into Toby’s character? Let us know!