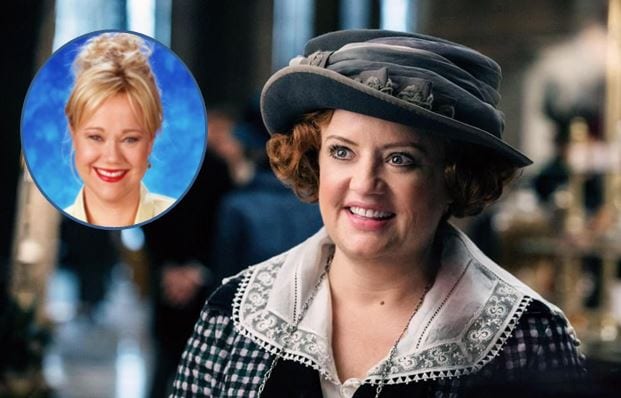 Another Spellman witch has officially found her way to Greendale! Wonder Woman actress Lucy Davis has secured the role of Sabrina’s eccentric Aunt Hilda, a ” kind and maternal presence with a deliciously wicked streak that includes brewing spite jars.”

Davis is most recently known for her role as secretary Etta Candy in last year’s Wonder Woman as well as  Dawn Tinsley in the U.K. version of The Office, two roles which make her the perfect fit to play Hilda Spellman. The role was previously played by Caroline Rhea on Sabrina the Teenage Witch for over 140 episodes.

They all join Kiernan Shipka, who will be playing Sabrina, in the darker take on the teenage witch as she struggles to find a balance between being a half-witch, half-mortal teenager while “standing against the evil forces that threaten her, her family, and the daylight world humans inhabit.” The series has already received a two-season order from Netflix, but no premiere date or official title have been announced.