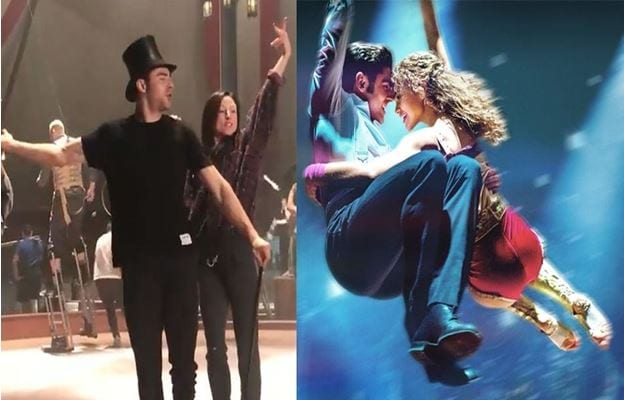 In case you haven’t heard yet, there is a brand new original musical heading your way this holiday season called The Greatest Showman and it is going to be a true spectacle!

It stars Hugh Jackman, Zac Efron, Michelle Williams and Zendaya as they tell the story of how P. T. Barnum (Jackman) started the Barnum & Bailey Circus and judging by the first ensemble song “The Greatest Show”, which was written by the team behind La La Land, the movie is going to go above and beyond expectations. Take a listen!

But more importantly, The Greatest Showman marks the first movie-musical for Zac Efron since 2009’s High School Musical 3 and to say that his fans have been waiting for him to make his musical comeback is an understatement.

I cant believe after 10 years we get to hear Zac Efron sing again in #TheGreatestShowman pic.twitter.com/mPj9dPGQKt

We have new Zac Efron vocals for the first time since 2008. Excuse me while I pass the fuck out. #TheGreatestShowman https://t.co/5so8LiCMRc

Efron will be playing a businessman named Phillip Carlyle who falls in love with a performer played by Zendaya and I am already here for them.

Thankfully we don’t have to wait until the film’s release on December 20th to see Zac in action as he just released a behind the scenes clip of him at rehearsals for “The Greatest Show” and it will give you mad Troy Bolton/High school Musical flashbacks. And in the rare case that it doesn’t, here is one for good measure.

He posted the clip on his official Facebook page with the caption “Ladies and Gents this is the moment you’ve waited for…” We danced our hearts out. #GreatestShowman” Check it out below!

"Ladies and Gents this is the moment you've waited for…" We danced our hearts out. #GreatestShowman

It’s so awesome to see Efron performing again and clearly loving it too! His filmography as of late has been a lot of comedies with movies like Neighbors, Mikes and Dave Need Wedding Dates and Baywatch, so seeing him going back to his roots is absolutely perfect!

The movie hits theaters on December 20th so be sure to snag a ticket for The Greatest Showman!