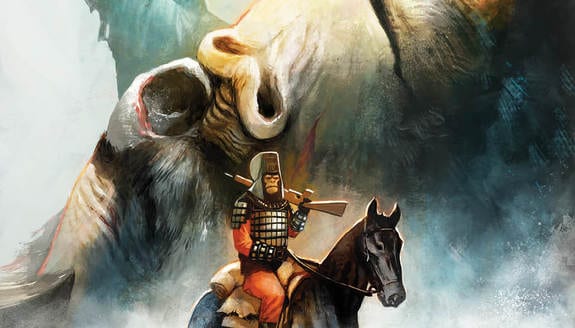 Geeklings, a very Happy New Comic Book Day to you all! I hope your day has found you a little better than me as I’ve been home sick. Oh, the joys! In between naps I’ve played plenty of video games, I see you Arkham Knight being one of the best Batman stories in any medium and started re-watching Stranger Things because… no reason needed. I’ve attempted to read one of this week’s books but my eyes aren’t strong enough to remain open. I think once I finish this column I’ll jump back into my Fancy Comic Book Reader.

This New Comic Book Day comes in the wake of yesterday’s mega announcement that saw Brian Michael Bendis jump over to DC after almost twenty years at Marvel. I haven’t been shy about my love for Bendis’s books here and the fact that he’s “jumping ship” was all types of surprising. When I went on Twitter yesterday morning that wasn’t anything I expected to see. Bendis has more or less been Marvel comics with a career that has had numerous iconic runs spanning from Ultimate Spider-Man (both Parker and Morales) to the Avengers, Daredevil, Jessica Jones, and Iron Man. With four books still in publication and no word when he’ll be leaving the company I’m a little worried about what will happen to some of his characters/books. The Defenders and Jessica Jones have Netflix backing them up so I doubt they’ll vanish but characters like Riri Williams and Miles Morales, both involved in large transition stories, worry me. It’s not beyond Marvel to bury books or characters out of spite, looking at you Fantastic Four, and I’d hate to see them do something like that. Especially since Miles Morales could very well be my very superhero. #stresslevels

With that being said though, I am excited to see just what Bendis tackles over at DC. If we know anything about him it’s that he’s not afraid to write multiple books at once so I think it’s safe to assume that he’ll be tackling a few characters or teams. But who? Not a clue but I think he could excel with a Suicide Squad book or maybe Nightwing or Green Arrow. I also think the Midnighter would be a good fit for him. I suppose as timelines are made clear we’ll get a better idea just what direction Bendis will be going. It’s an exciting time to be a comic book fan but I couldn’t help but feel that this was a bit of a blow to Marvel. I’ll be interested to see how they respond considering DC is pretty stacked on writers at the moment. Writers who are all pretty much locked up to exclusive contracts. It might be time to beg Matt Fraction and Brian K Vaughn to return. I know, wishful thinking.

Now with all the comic industry drama out of the way what do you say we start to break down some comic books? Let’s start it off with the only Dark Nights Metal tie-in of the week… 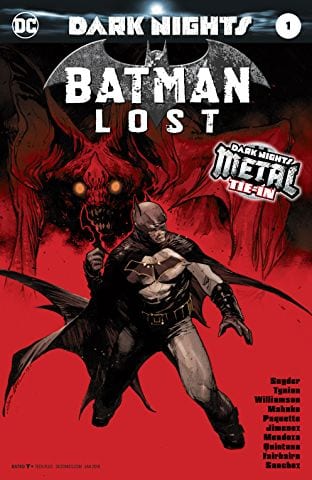 1. Batman Lost #1– Sadly there is no new issue of Dark Nights Metal this month, we’ll have to wait until December for the next issue, but Batman Lost is supposed to help carry us through. When we last saw Batman he was old and withering in the Dark Multiverse yelling at Superman for falling right into Barbatos’s trap (damn it Superman!). This issue looks to cover the gaps of what’s been going on with Bats while he’s been stuck in the Dark Multiverse. Every other character seems to be thrust into situations where they live terrible moments that they are powerless to stop, one can only wonder what this would consist for Batman. I’m sure it’s all types of terrible. 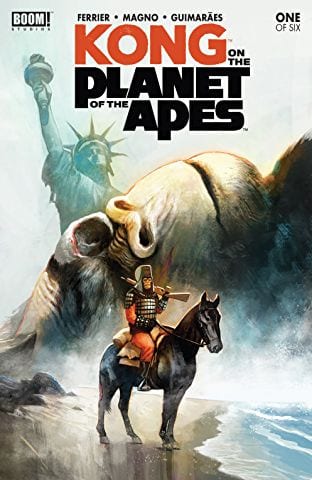 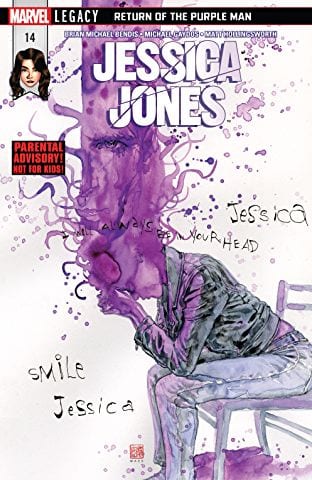 3. Jessica Jones #14- Speaking of Brian Michael Bendis this looks to be his final Jessica Jones story and if that’s the case then it’s kind of fitting that it involves the Purple Man (aka Kilgrave) considering he shaped so much of Jones’s past. This arc is just getting started and when things left off Kilgrave was speaking to Jessica through her daughter which is all types of not cool. The last issue did an excellent job of implying that Kilgrave could truly be anywhere and I expect that to continue as this arc unfolds. With this being Bendis’s final Jessica Jones story (for now anyway) I wonder if she’ll be able to conquer some of the demons of her past for good. Might be a nice send-off for the character. 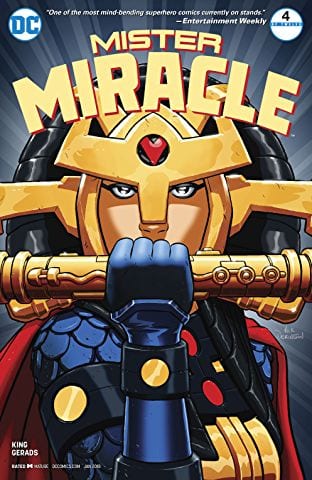 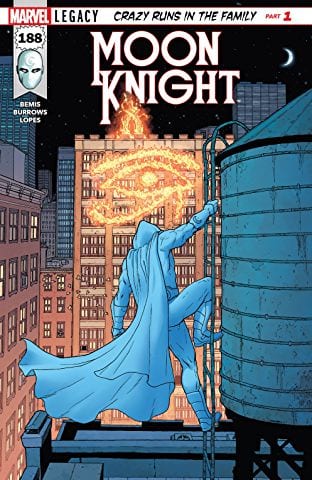 5. Moon Knight #188– I’ve been meaning to get into Moon Knight. I’ve always had an interest in the character, his costume is dope as hell, and the stories seem dark and brooding which isn’t always a Marvel staple. Moon Knight sees himself get some of that Legacy numbering with his new ongoing series that will finally give the hero his very own arch-nemesis. Is it me or does that symbol look very Doctor Strange? Could Strange be his new arch-nemesis, not likely, but maybe there are ties there. Looking forward to the new direction here. 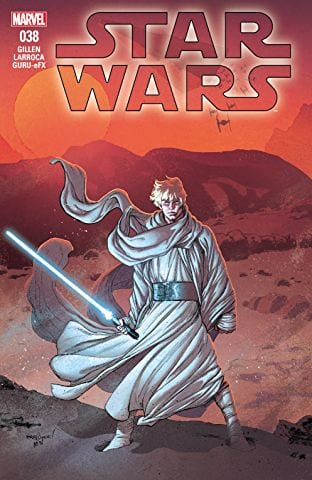 There you have it Geeklings, these be the books that you should be reading this week. As always, if you feel I’ve left anything off then sound off in the comments below. If you’d like to talk comics with me then you can find me on Twitter @iamgeek32, and please do, I love talking comics with you guys. I’ll see you all next week for more comic goodness. Happy reading and many huzzahs!