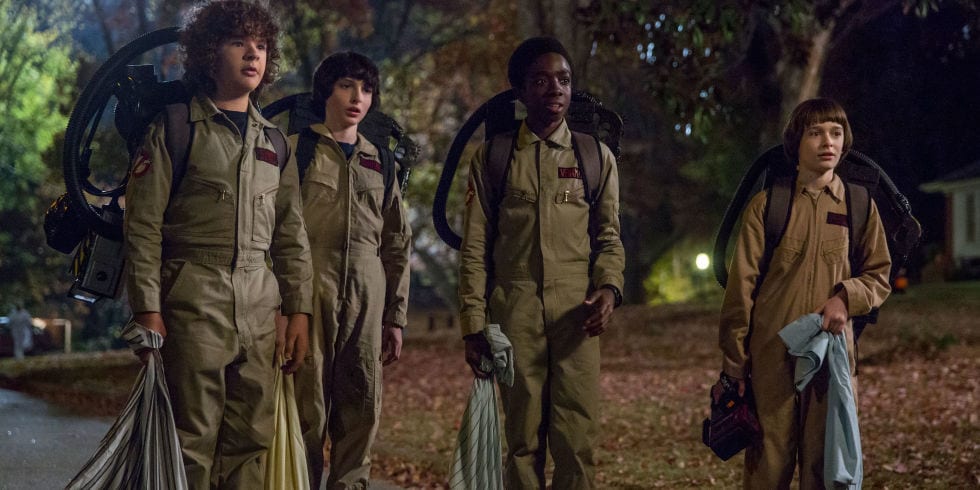 I think if you asked any television scholar or studio executive they would tell you the second season of a hit show is the make and break season. That’s the season where your show stops being a fad and actually becomes a legit platform for engaging storytelling or fades into the obscurity of pop culture. We’ve seen it happen over and over again. Shows that stole our hearts during their first season failed to live up to the expectations of the second and become a footnote in the pantheon of great television being unable to sustain the momentum. I think the shining example of this trend would be NBC’s Heroes that came in like a breath of fresh air and ended up folding in on itself like a dying star. Hey, some shows aren’t designed to deal with break out success. Some shows, believe it or not, just want to be shows and tell the story they dreamed of, and once that pop culture phenomenon gets tagged to them the writers lose sight of what made the show great in the first place. Expectations and the eyes of millions of viewers can be a very stressful thing and suddenly writers are catering the audience and not servicing the story. 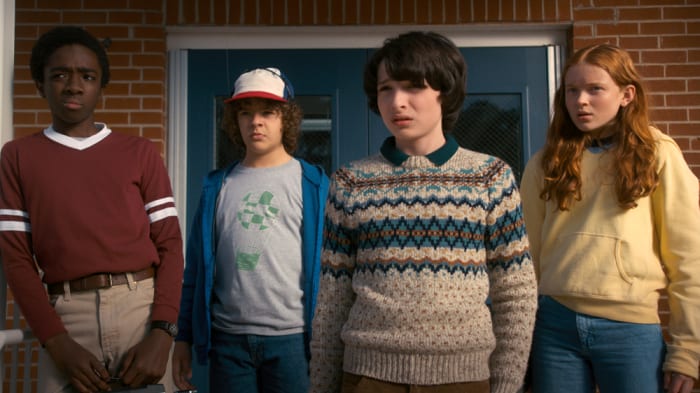 A little over a year ago I fell madly in love with Stranger Things. In fact, I even wrote the review for season one for this very site. A review that I wrote right as the show was on the cusp of changing the pop culture landscape. It’s hard to envision a time when Stranger Things wasn’t everything because terms like “mornings are for coffee and contemplation”, “justice for Barb”  and “friends don’t lie” have now become such a large part of the pop culture fabric. And it’s easy to understand why, there is something about Stranger Things that draws everyone in. For me, the show was like watching a Stephen King novel. The call back to the 80’s and the influences of Speilberg and horror films of my childhood were the selling points. What made Stranger Things so special was its heart. Underneath all the nostalgia and all the homages was a show that was telling a story about friendship, love, and family. The idea of growing up and growing together. Yeah, I fell hard for Stranger Things. I’ve been to Hawkins more times then I can remember, I’ve got a t-shirt for every day of the week, I’ve given Funko all my money for the pop vinyl figures. I fully invested myself in this universe so to say I was excited for season two would be a wee bit of an understatement.

Going into the release of season two though I was nervous. I understand just how difficult it is to recapture the magic. I really didn’t want Stranger Things to become like Heroes, a footnote in the pop culture landscape. A show that dominated the screens, raised the stock in waffles and made everyone miss the 80’s. No, I wanted people to love and appreciate Stranger Things the way I did. To take notice that this show isn’t a nostalgia act but actually has something to say. When I sat in front of my television Friday night, I had to wait all day Geeklings, I was riddled with excitement and nervousness. Please be good, please be good, please be good, was running through my head over and over as the non-Hawkins opening started to literally race before my eyes, and something happened. I instantly found myself emerged within the story. Just like that. The magic was still there and it had matured.

Yes Geeklings, season two of Stranger Things is as good as you want it to be if not better. The beauty behind this season relies less on the 80’s nostalgia, don’t worry there’s still plenty of that between Ghostbuster costumes, arcade games, one seriously badass Aliens reference, among others, but more on the character. The Duffer Brothers took these characters that we fell in love with in season one as they battled the Upside Down and the Demogorgon and allowed them to shine, and they shined brightly. The heavily character driven season lead to some tremendous acting from all members of the cast but, watch Chapter Four: Will the Wise and try to tell me that there isn’t a gaggle of Emmy nominations coming from that episode (Millie Bobbie Brown and David Harbour kill), but I think Noah Schnapp took the boy who was missing, Will Byers, and delivered a performance that was the soul of the season.

Having been missing for the majority of season one, we really get a better understanding of Will this season as he tries to find some form of normalcy to his life. It’s tough being the boy who came back from the dead, especially when upperclassmen call you zombieboy all the time, and Will searches for a form of normalcy. He just wants to be treated like everyone else but we know from the trailers that the Upside Down is clearly not done with him. Yet, he’s not the only one who is recovering from the events of season one. Mike is riddled with anger and grief having gained his best friend back but losing Eleven, and vents his frustrations out towards the party and bathroom walls. Eleven having sacrificed herself for the group and getting her first glimpse of family uses season two to search for identity. On the flip side of that Hopper has some serious demons to wrestle with, when he’s not dancing, on what it takes to love and allow people to love him. Here is a man who has never really confronted or gotten over the death of his daughter and it prohibits his ability to be the teddy bear we want him to be.

The rest of the gang has their issues too. Lucas and Dustin prove that they can exist outside the group as they go on curiosity voyages of their own. Joyce becomes an even more overprotective mother if that was even possible. Mr. Clarke continues to love science, and the love triangle between Nancy/Steve/Jonathan expands and from it comes something quite fantastic. I don’t want to get into too much but Joe Keery’s Steve Harington might be this seasons break out star. His story arc is incredibly unexpected and extremely delightful and if Stranger Things ever thought of spinoffs then I’ve got a couple of ideas to pitch. Kerry’s charisma, don’t let them catch you caring attitude, and hair make his unlikely story arc one of the seasons best. Introducing new characters is always tough, especially in a show like Stranger Things where everyone fell in love with these kids. Hell, I’ve often pined for wanting to hang out with them just for a day. Whether it’s riding bikes and talking on walkies or playing a game of D&D the spirit of the parties friendship drives the show. With that being said though, new additions like Billy, Max, and Bob all fit in extremely well and never seem forced. Sean Austin’s Bob is a loveable doof who you kind of just want to hug, Billy is an instant douche thanks to Dacre Montgomery, and Sadie Sink’s Max’s large personality allows for her slow progression into the group to be enjoyable opposed to forced. Even Paul Reiser’s Dr. Owens has moments to shine here.

Among all this character work there is a story to be told, and the Duffer Brothers take season two to further expand the Upside Down by introducing a new villain, the Shadow Monster or the Mind Flayer. A creature that uses its henchmen in a hive mentality, all connected, and sole purpose seems to be to destroy the world. Because monsters. The Mind Flayer is a lot different than the Demogorgon in the fact that the creature seems to be a bit more calculating in its actions. The Shadow Monster has a plan and uses the early episodes of the season to put things in motion. If you’re thinking that concerns Will Byers then you’d be correct. What other character has such a strong connection to the Upside Down? There are other creatures to behold here. That’s right, more than one monster, as we haven’t fully seen the end of the Demogorgon as a new variation is introduced to the fold. This expansion of the Upside Down adds new depth to the terror and really allows for some large action pieces filled with tension and slight horror.

Besides the monsters, though the mythology behind Hawkins Labs and the experiments being conducted there is further expanded, and we get a large glimpse of that in episode seven which might be the seasons only real misstep. Don’t get me wrong, the episode seems to be heavily important heading into season three, introduced a number of new story threads, and was instrumental to the season’s end but I couldn’t help but feel that it was a tad bit out of place. Especially when one considers the way episode six ended. The true importance of this episode probably won’t be realized until season three. 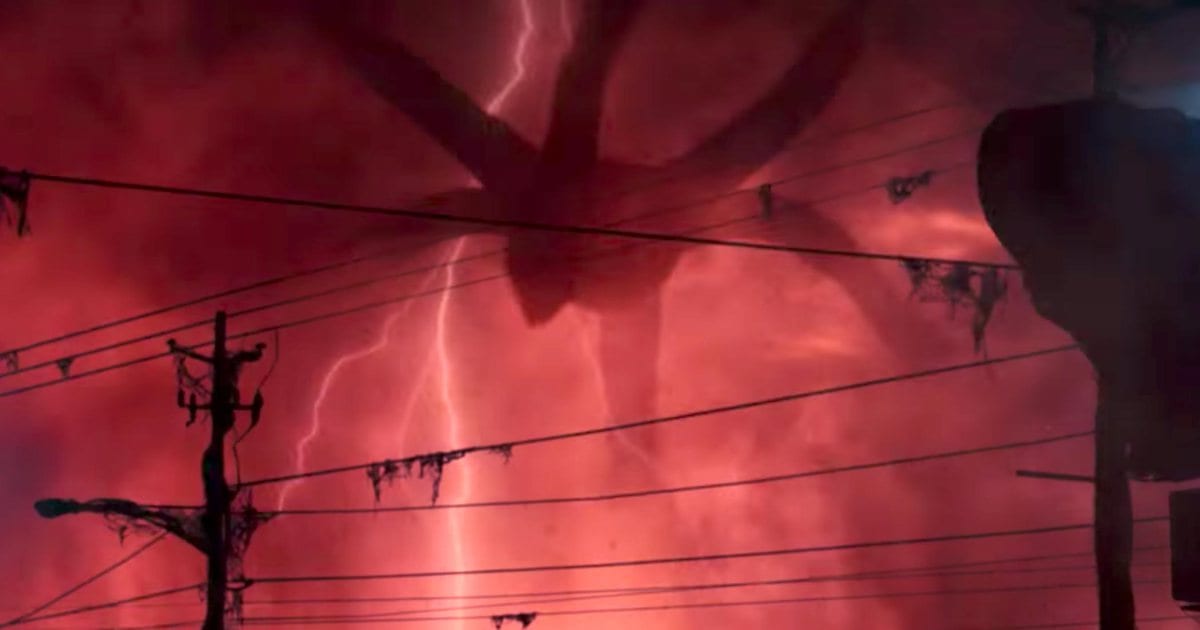 Aside from that though, Stranger Things season two delivers. It’s a season that takes everything we loved about the show originally and matures it. The emotion levels run high and there were a number of scenes that played on the heartstrings, and these scenes wouldn’t resonate or make me cry if it wasn’t for the strong characters being presented on screen. The Duffers build season two and bring its conclusion crashing down on us with intense action, humor, and extreme amounts of heart and love. There is no mistaking that this second season is much darker in storytelling but it should be. Our characters are mostly dealing with the aftermath of some true trama and the show is willing to explore that. This allows for the set pieces to expand, the action to become larger, and the characters to thrive. The one constant that shines through the darkness is that Stranger Things charm. The Duffer Brothers never lose sight of who their characters are and the story they’re trying to tell. When it comes to Hawkins, Indiana the magic runs deep and it’s a special thing to behold.