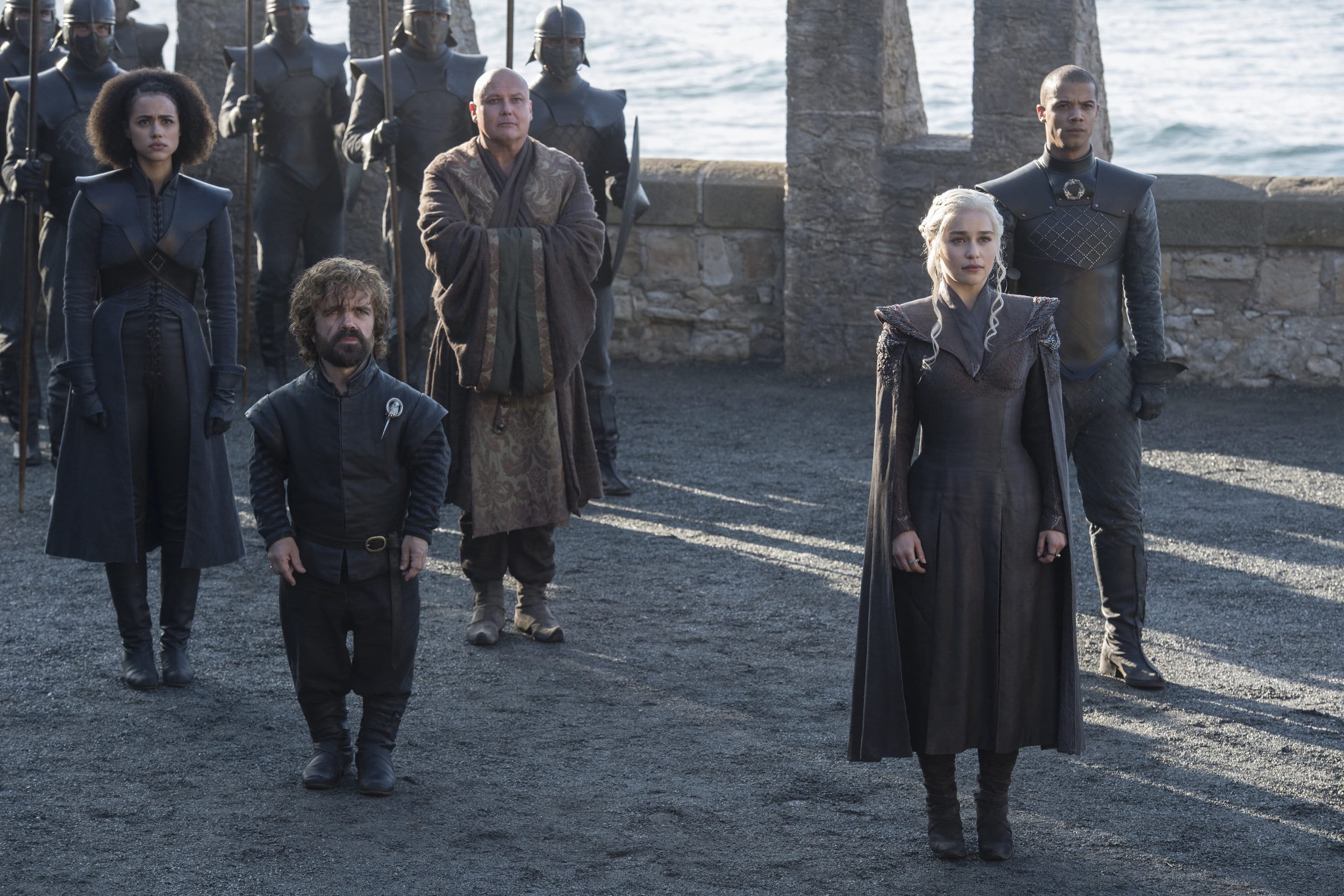 Geeklings, can you feel it? I mean, can you feel it?! We are only five days away from the return of Game of Thrones and suddenly the world seems to make sense again. Soon terms like bastard, King of the North, Hand of the King/Queen, and wildlings will once again become a part of everyday conversation. We’ve been patient my friends and the gods are finally rewarding us with more Game of Thrones. Insert epic music here.

Welcome to Part II of my massive Game of Thrones preview piece. If you recall, in Part I we discussed mostly things that were happening in the North. You know, Jon Snow being King, Sansa eating lemon cakes and screwing up the universe, icicle zombies, and the possibility of riots if Tormund dies. Seriously, whose coming with me?

Since we covered Jon and the North with our first preview I thought it would only be appropriate if we shifted gears and started to discuss his aunt, the Mother of Dragons herself, Daenerys Stormborn. Is it me or does she have more nicknames than Apollo Creed? There’s the Unburnt, the Queen of the Andals, Breaker of Chains, Master of Disaster, King of Sting… sorry I might have mixed up a couple of those but she seriously has quite the long list of names.

What’s Daenerys been up to lately? Well, nothing much. She pulled a Never Ending Story and rode a dragon, got kidnapped by the Dothraki, then torched all their leaders taking control of their army, regained Slavers Bay, sent her dragons to make kindling out of the master’s boats, and then proceeded to head to Westeros with ships, dragons, and an army behind her. Gurrrrrrlllll, you bring the ruckus! 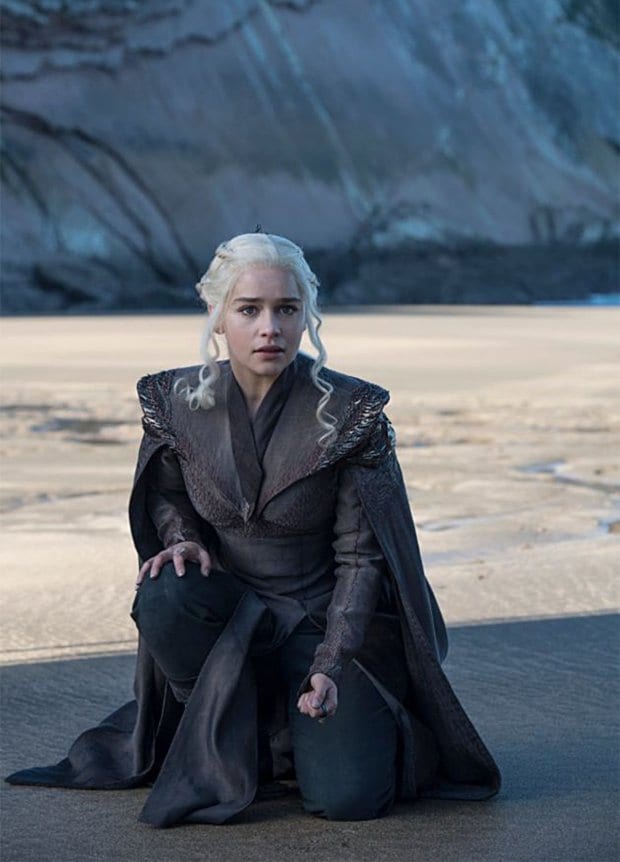 That’s right Geeklings, after six seasons Daenerys is finally on her way home. Granted it’s a home that she’s never really been to and might not welcome her with open arms buuuuuut it’s home none the less. And not only is she returning home but she has a pretty stacked deck working for her. As season six closed we got a glimpse of the roster Daenerys is packing. She’s got her Unsullied lead by Grey Worm, who is smoothly working his thing with Missandei and if it wasn’t for Tormund and Brienne I’d be shipping super hard for them. Besides the Unsullied the Dornish have jumped in to aid the Mother of Dragons reclaim her families throne and if Dorn is there it means there’s a pretty good chance that the Tyrell’s are there too because Olenna Tyrell sure hates her some Cersei.  Looking pretty solid, right? Wait, there’s more. The Unsullied, Dornish, and Tyrells are being joined by Yara Greyjoy’s army and what’s left of her little brother, Theon. Can we just stop and admit that we’re rooting for Theon to go full redemption. He made a lot of progress last season helping Sansa escape and pushing for his sister to become queen of the Iron Lands, but I think in order for him to be fully forgiven he needs to sacrifice himself in some epic moment. I’m pulling for you Theon, come full circle buddy!

Oh, and she’s got the Dothraki too, and they are afraid of traveling across the water so you know they’re going to be all types of pissed off when they dock.

If Daenerys ever had a chance to take Kings Landing this is it. I really don’t see how Cersei stands a chance here. Granted her dramatic seizing of the Iron Throne was awesome in its awfulness but she seems to be seriously outmatched here. Plus, I don’t know if she has the military mind, more like minds, that Daenerys might have. Cersei does not have an army of zombie Mountains, she only has one, and Daenery’s has Tyrion and Varys. What up?!

That’s right, the Mother of Dragons isn’t the only one returning to Westeros, Tyrion and Varys have been away for quite some time and a lot has changed. Varys has been put in a position where he’s had to sort of reluctantly reveal some of his cards, something that his rival Littlefinger has yet to really do, and actually back a horse… or dragon. Gone are the days where he could work behind the scenes and manipulate the events of the realm. I would argue that we’ve known all the way since season one that Varys has been putting Daenery’s reign in motion but now he has to own up to it. A possible return to Kings Landing should yield interesting results and I wonder if he’ll have any screen time with Littlefinger. I stand by my proclamation last preview that the real war for the Iron Throne is between the two of them. 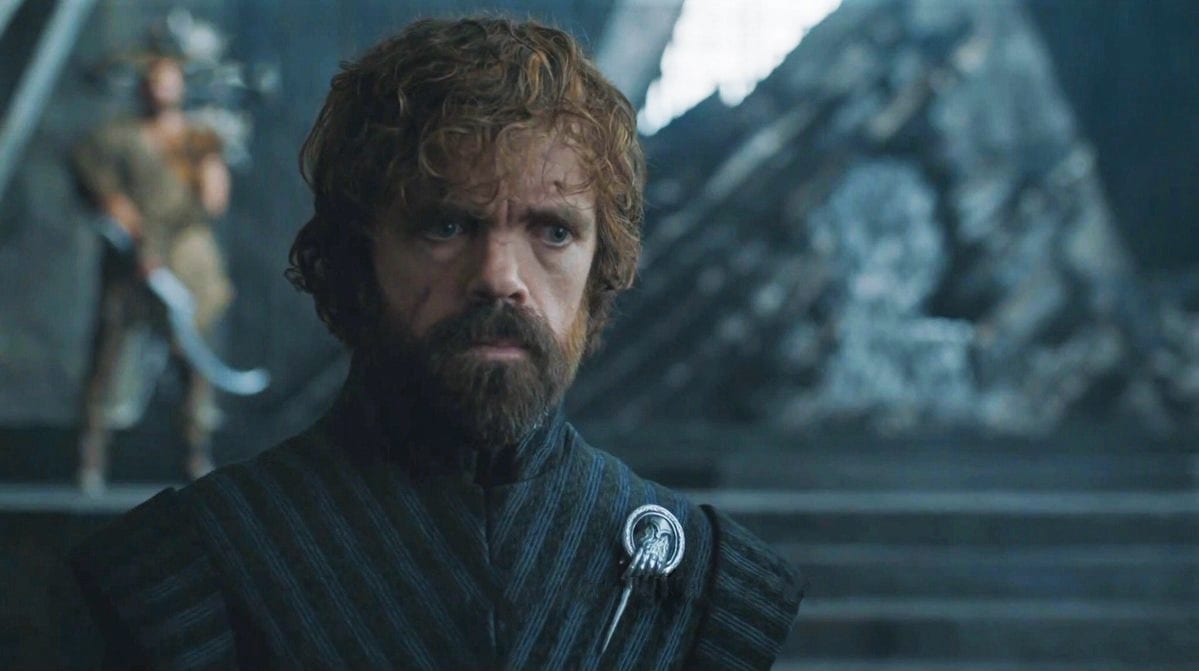 Then there’s Tyrion, the Hand of the Queen. Out of all the Hands this shown has seen it is clear that Tyrion has been the most equipped and best suited. Kings Landing falls if not for Tyrion and suddenly we’re looking at a world where Stannis is sitting on the Iron Throne. Ugh, who’s that for? It would have resulted in the death of Joffery two seasons earlier but ask yourselves, would that have been worth it? More seriously though, Tyrion left a lot of baggage behind when he left to search for the last surviving member of the Targaryen family (*cough* Jon Snow *cough*). There was the murdering of his father, the war with his sister, and a strong relationship with his brother. Thrones has worked really heard in redeeming Jamie Lannister, since his child pushing days, and I’m very much looking forward to the reunion between Jamie and Tyrion. I’ll be curious to see if seeing each other on opposite sides of the battlefield will affect Jamie in any way. He has to know that Cersei is a bag of cats, is it possible for Tyrion to convince him to switch sides? Wouldn’t that be something?!

The meeting I’m looking most forward to is between Jon and Tyrion. Season one was filled with a number of tremendous moments between these two characters as they not only had an understanding but a respect for each other. I assume that this relationship will be pivotal for events to come over these next two seasons.

While the show has built up the idea that Daenerys’s war for the Iron Throne is the most important thing in her life I’d beg to differ. This season should be her pursuit for the Throne and storming of Kings Landing. It’ll be epic and bring about all the feels with it. Does anyone not want to see her claim the Throne? Even if it’s only briefly. I’ll miss Cersei when she’s gone but I really don’t’ see her making it through the season, but more on that in the next preview. I feel that the real war is between the seven kingdoms and the White Walkers. We know that Jon and the North are not prepared for this war, they’re not. I don’t care that they have Lyanna Mormont. They don’t have the numbers but maybe sending Davos south to talk to a certain woman who has Dragons… that could turn the tide for next season. Which should be the war with the White Walkers. Come on, picture those dragons laying waste to those icicle zombies or what if they kill one of the dragons (sorry it’s going to happen at some point) and it turns into a White Walker dragon?! Man, they’d be effed!

In order for Daenerys to join sides with Jon Snow they’ll probably have to meet and at some point, someone is going to put together that they’re related. If anyone knows this secret it’s going to be Varys as my man is the opposite of Jon Snow and knows everything. Anyone else getting the vibe that these two are going to marry? History has taught us that the Targaryen’s have no problem keeping their bloodlines, ummm, pure (?) so it’s not out of the question. I don’t know how many of you are shipping this relationship but I wouldn’t be surprised if it happens. Or it could go the other way and they could team up to overthrow Miss Walk of Shame and then take on some White Walkers family style. Things to think about.

That’s going to do it for Part II folks. Be sure to check in later this week as Part III goes up and discusses Cersei, Jamie, Kingslanding, and everyone else whose been left out of these previews. With five days left start mentally preparing yourself for the mental anguish that’s on it’s way over the next seven weeks. It’s going to be glorious in its pain. Until later this week my friends, you can find me on Twitter @iamgeek32, and  remember the night is dark and full of terrors so believe in the buddy system. 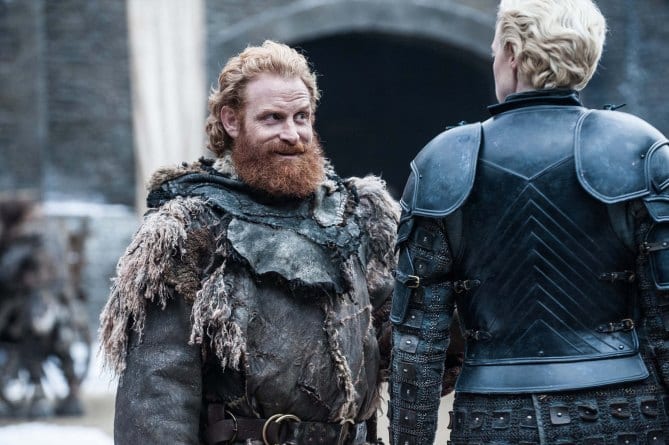