Call of Duty Black Ops: Cold War has been out for a little while now, and I’m still having as much fun with it as ever! It’s brought me back into Call of Duty after a long hiatus! You can usually find me spamming the Nuketown 24/7 playlist. When it’s up, of course. One thing that has kept me playing, however, is Treyarch’s zombie mode! Die Maschine has been an awesome return to the famous zombie modes. Constantly trying to outdo your score or doing the easter egg is nothing short of addicting! If you haven’t picked up Cold War yet, though, and want to give Zombie mode a chance you’re covered! For a limited time, Zombies will be free in Cold War!

Black Ops: Cold War will be doing a free access week for Zombies! It begins on January 14th and will run until January 21st! That means you have a whole week to lock, load, and blow their freaking heads off! There are going to be a few game modes accessible too, so you’ve even got options! Pretty spiffy, I think!

Die Maschine: This is the default mode and has all the zombies goodness you know and love. Unlike previous entries, though you get to pick your starting weapon and can even upgrade abilities and such. In Die Maschine you’ll try to survive terrifying waves of the undead as they grow more powerful. If you want a goal, as well, you can hunt for the elusive easter egg. Good luck! 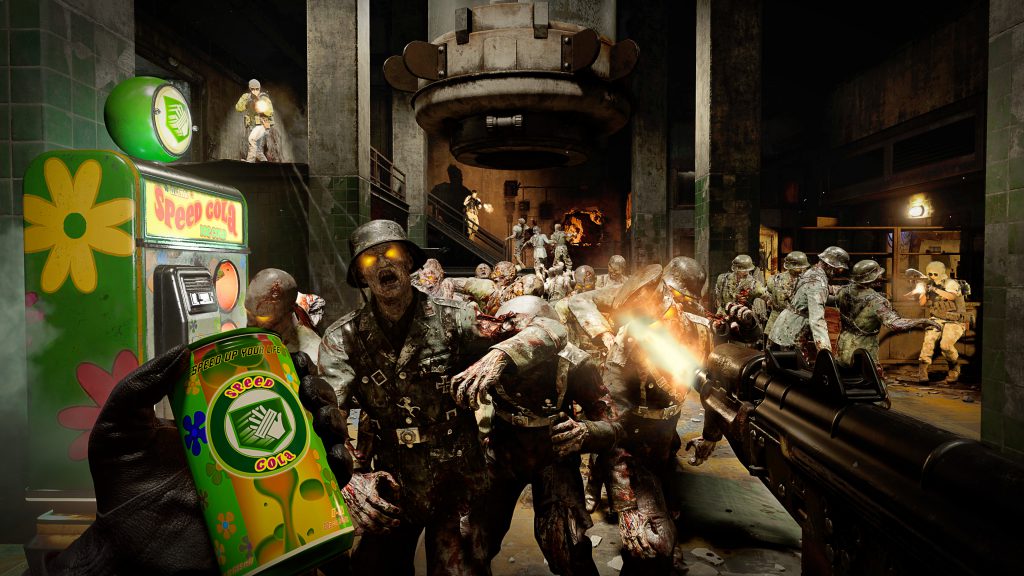 Cranked: Cranked is a new game mode that brings a greater sense of urgency to the zombie experience. Cranked adds a timer the moment you kill your first zombie. If you do not kill another zombie by the time the timer reaches zero you will EXPLODE! The timer grows shower as the game progresses, too, so better stay on your toes! There is a new power-up to help you out though, picking it up will allow you to temporarily freeze time.

Onslaught: Onslaught is just for our friends playing on the Playstation family of consoles. Unlike the other game modes, this one can only be played with up to 2 players. This mode takes place on the larger scale multiplayer maps. In this mode, the zombies are more aggressive and it confines you to a specific point on the map. Once you charge the dark aether orb though, the location will change and you’ll do it all over again.

But do you know what the best part is? If you participate in the Zombie free access week and then buy Cold War… Your progress will carry over! There is absolutely no reason to not at least give it a shot. So get out there and live out your Walking Dead fantasies!

Home » Video Games » Zombies Will Be Free In Black Ops For A Limited Time!