Geeklings, a very Merry Christmas/Happy Holidays to you all! As the 25th of December rapidly approaches, we here at Fan Fest thought we’d help you guys out with some gift suggestions for the geek in your life. Because what’s better than getting geeky presents for Christmas? I mean, probably getting random geeky presents outside a designated holiday, but that doesn’t have a catchy name like Christmas nor does it require a list of gift suggestions. I can’t do everything people! Just know geeky presents tend to be better than socks… unless those socks are geek related in which case… you know what, wow. I’m going to stop myself here. Clearly, I’m cracking under the pressure of the holidays.

Lucky for you I’m here to help you from cracking. For those of you who know me from my weekly Pull List column (which you totally should be reading because it’s awesome) then you are already privy to the fact that I read a lot of comic books. We’re talking an obscene amount. New and old. Doesn’t matter. Give me all the comics. Comics are what brings us together here today.

If you too have a comic lover in your life or a person who wants to become a comic lover and isn’t sure where to start then you’ve come to the right place. Good ole’ Comic Santa is here to give you a bunch of suggestions to litter underneath the tree of your favorite comic loving person. 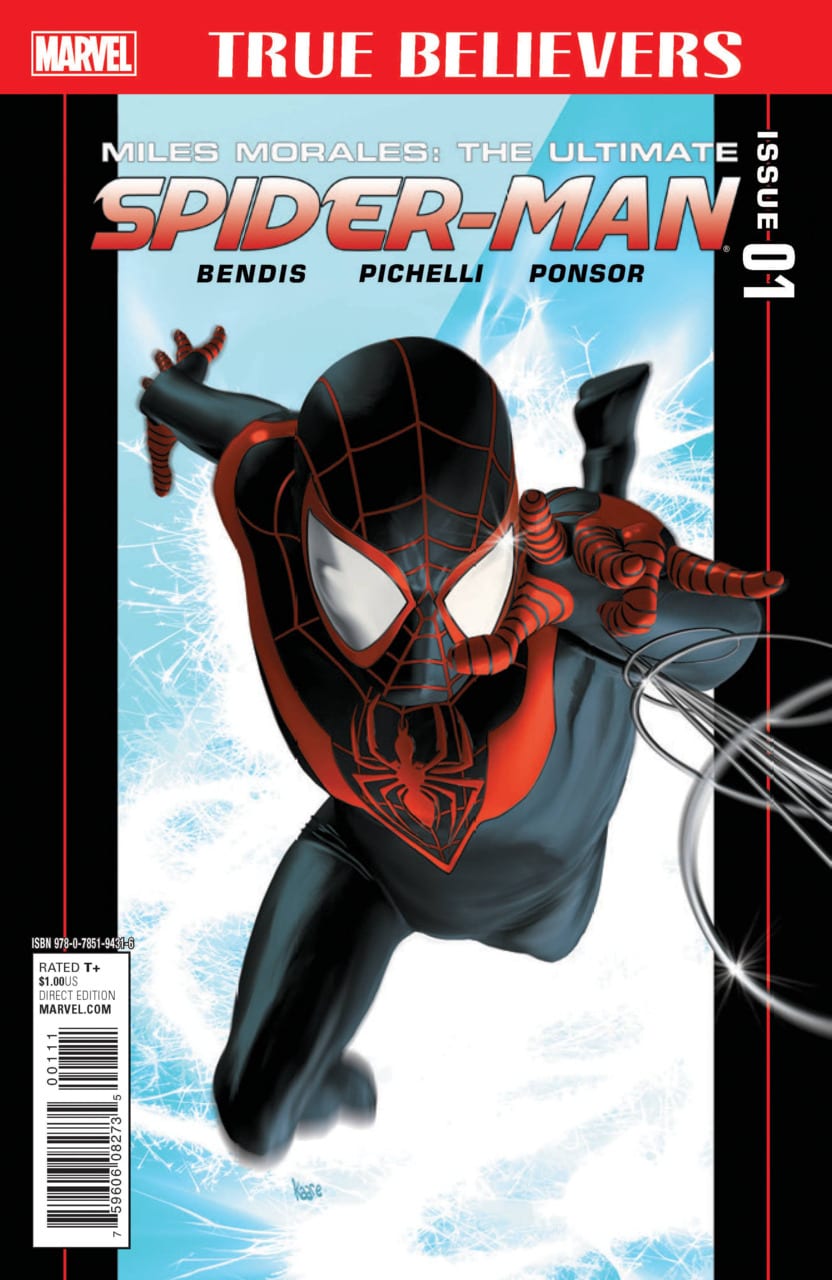 Ultimate Comics Spider-Man (Miles Morales) by Brian Michael Bendis– With Into the Spider-Verse about to become your favorite Spider-Man movie, I’ve seen the first 35 minutes at NYCC and it’s already my favorite, it’s probably within your best interest to dive deep into the history of Miles Morales. Brian Michael Bendis gives us all those classic Spider-Man feels while also putting a new spin on the character and the results are fantastic. Expect a lot of laughs, feels, and action as Miles tries to establish a legacy of his own. Miles Morales’s journey honors the legacy of Peter Parker while being something entirely his own. 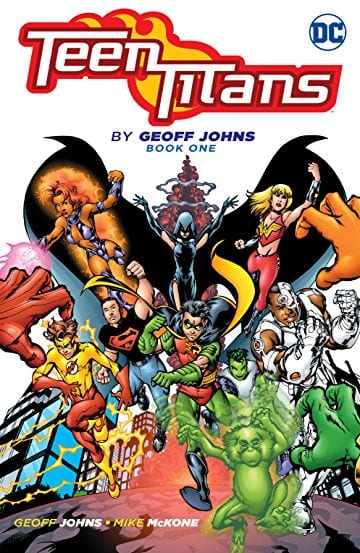 Teen Titans by Geoff Johns- If you’re like me then you’ve been absolutely loving DC Universe’s first season of Titans (which I do the reviews for and you should totally be reading those too!), and with the season finale rapidly approaching why not keep the story going by turning to the source material? Geoff Johns’s run provides the quintessential Titans run and with Johns being such a big part of the first season this is where you’ll want to turn to keep that Titan goodness going. Johns is one of DC’s best writers and his love and understanding of these characters shine. 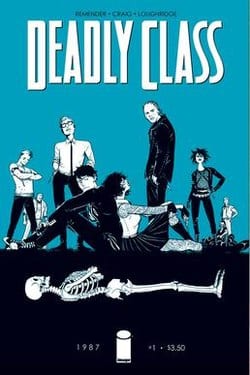 Deadly Class by Rick Remender- Nothing says Christmas quite like a comic that takes place in the ‘80s and contains tons of punk rock, cursing, crazy violence while following a bunch of misfits and outcasts as they study at an assassin school. Yeah, you read that right. Deadly Class is by far one of my favorite comics and what makes it work so freakin’ well is the deep layers of emotion that Remender weaves through his narrative. You have no idea how heavily invested you are until something terrible happens and you realize you’ve been holding your breath for an undisclosed period of time. Plus, with Deadly Class getting its own series on SyFy, you’ll want to get on this book as soon as possible. 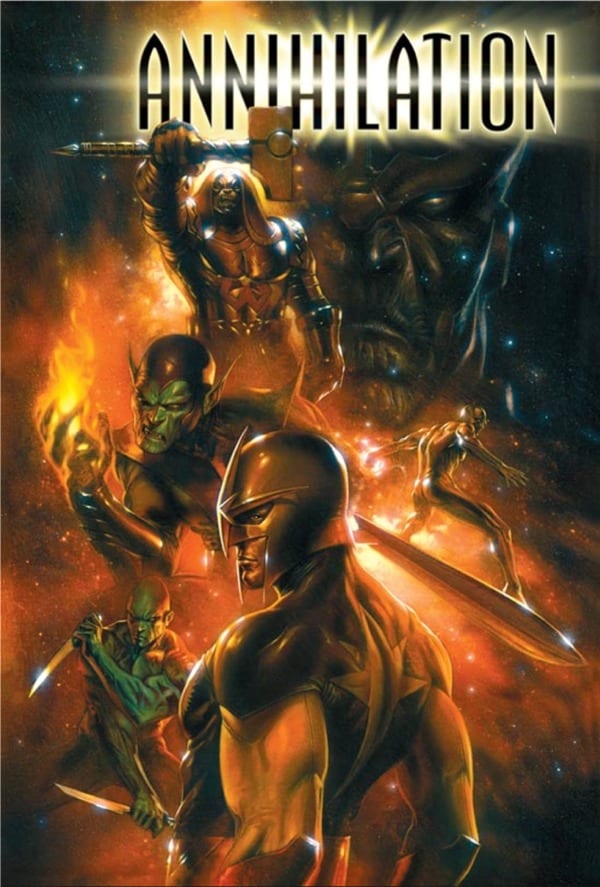 Annihilation by Keith Giffen- At this point who knows when or if the Avengers 4 trailer is coming, but if rumors are to be believed then the movie’s title could be Annihilation which just so happens to be a massive Marvel cosmic event. We know that the MCU plays it loose when taking the titles from famous comic events but they do keep the DNA of the story. If the new Avengers movie ends up being titled Annihilation you’ll be ahead of the game, and you get to read a massive space epic to boot. Win-win if you ask me. 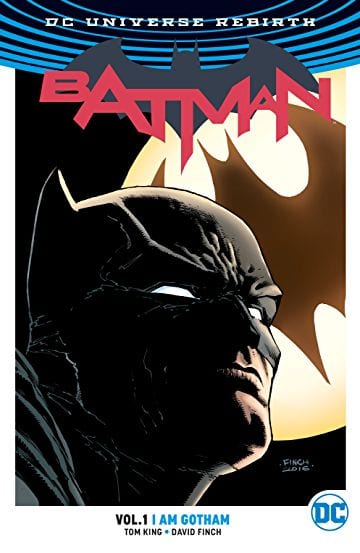 Batman by Tom King- I had a tough time choosing which Tom King arc to suggest but considering that his story is telling one massive story, I found it best for you to start at the beginning. King’s run has been one of my all-time favorite Batman runs, and his long-form storytelling has enhanced the reading experience. Here we get a look at Batman at his grittiest, most vulnerable, and his weakest, and there are still forty-five issues left in this run. From battling Bane, falling in love with Catwoman, and wrestling of the idea that he can be happy, Tom King is giving us a Batman story for the ages. 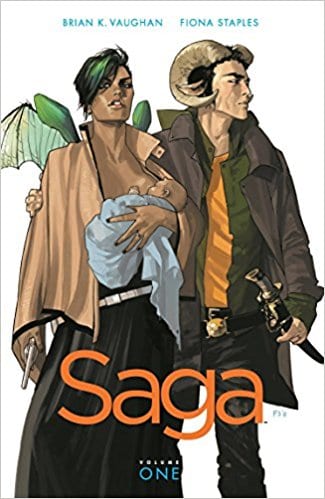 Saga by Brian K Vaughan- With Saga taking a year hiatus (insert sad emoji here) there is no better time to hop on Brian K Vaughan’s tremendous space epic. The story has been billed as Star Wars meets Game of Thrones, but it’s so much more than that. Vaughan and Fiona Staples have created a family drama that is at times beautiful and hopeful and others cripplingly emotional. The art is phenomenal and the feels are real. If you have yet to jump on this series now is a perfect time. You’ll be kicking yourself for waiting so long. 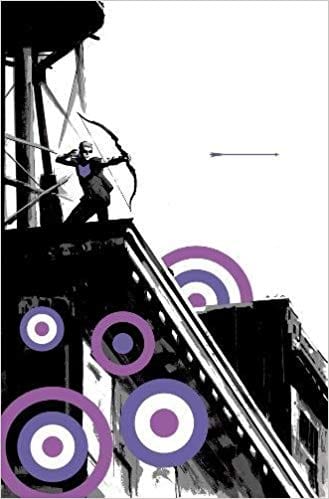 Hawkeye by Matt Fraction- He may have been missing from Infinity War but you can find Hawkeye allllll over the pages of Matt Fraction’s Hawkeye series. This is one of my all-time favorite comics and I can’t suggest it enough. It takes a character like Clint Barton, who some feel is an Avengers roster fill, and makes him not only worthy of his position but shine as bright as any of the big Marvel characters. Fraction packs in the humor, the feels, a Pizza Dog, and David Aja’s art is spectacular. One of the best series I’ve ever read. Bro, seriously. 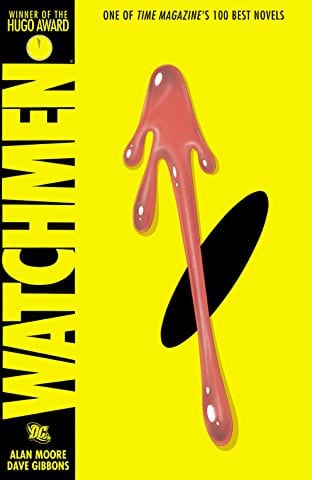 The Watchmen- No self-respecting comic fan should have a bookshelf without a copy of Alan Moore and David Gibbons’s The Watchmen. This book… this book! It’s a game changer. What can I possibly say that hasn’t already been said about this masterpiece? A raw, gritty, extremely layered, and brilliant look at superheroes. The Watchmen is everything comics can be and sets the bar so extremely high. And it only gets better with age. A must! 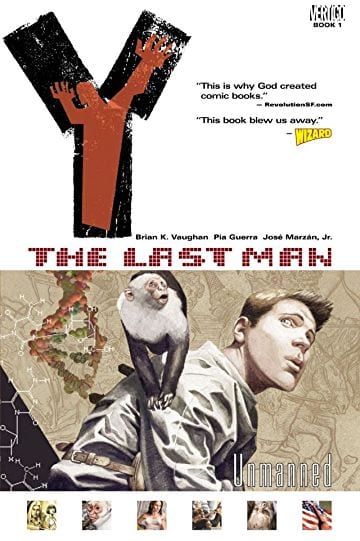 Y the Last Man by Brian K Vaughan- This could very well be my favorite comic series of all time. I’m talking alllllllll time. What Vaughan does here is incredible. A virus rips across the world killing all the men with the exception of one and his pet monkey. What follows is a world run by women and a group of scientist who think our surviving male is the key to preserving the human race. The character development is outstanding, the story is massive and engaging, and Vaughan really packs in the feels. This is a comic that made me fall in love with comics. Like hard.

Be Inventive- For my last suggestion, I’m going to say why not head to your Local Comic Book Shop. Look around, see what strikes your fancy. Then buy it. One of the best parts about reading comics is randomly discovering new comics. Strike up conversations and talk to people at the LCS. Everyone has a book to suggest that you’ve never heard of, and more times than not it works out in discovering something awesome.

There you have it Geeklings, my top ten comic Christmas gift suggestions for you this year. Hopefully, it helps you a little in finding something for your favorite comic fan. Maybe it helps you get into comics. Either way, it’s a win for me! I hope you all have a safe and merry holiday. Happy reading and many huzzahs!