If you’ve been keeping up with social media, and we all have, you know that the Walker Stalker Cruise for 2017 has officially set sail. The weather looks incredible today, the sun is shining, and Jesus is currently sitting by the pool on a panel with incredibly excited, and lucky, fans. There’s no feeling like being on the cruise, surrounded with other Walking Dead fanatics and some of the coolest cast members on earth, but if you’re not on the open sea with this year, you can still feel included by keeping up with photos and interview clips provided.

The incredible thing about being part of The Walking Dead Family is that you’re always connected, even if you’re at a certain event or not. The cruise is no different, and while some of our team is soaking up the sun and fun, some of us are at home living – like you – through photos. So here are some of the first peeks into the cruise this year.

The first official Tweet from us for the Walker Stalker Cruise this year, seems like some drinks were about to be enjoyed!

Another official Tweet shows Jesus, sat poolside, talking about his own zombie apocalypse survival plan. Hint: it’s a lot like ours would be too.

"I'd end up running away screaming, or finding the biggest guy" @justanactor on his apocalypse survival strategy #WSCruise pic.twitter.com/gUhY7wVzG0

Our first photo of a fan meeting their favorite celeb came in the form of Jeffrey’s Dean Morgan; it’s impossible to hate the guy, regardless of how ruthless Negan is.

There were also fans who snapped photos of the cast and crew before boarding. Everyone looks incredibly excited, relaxed, and ready to enjoy one of the most exciting fandom events, quite possibly, ever. 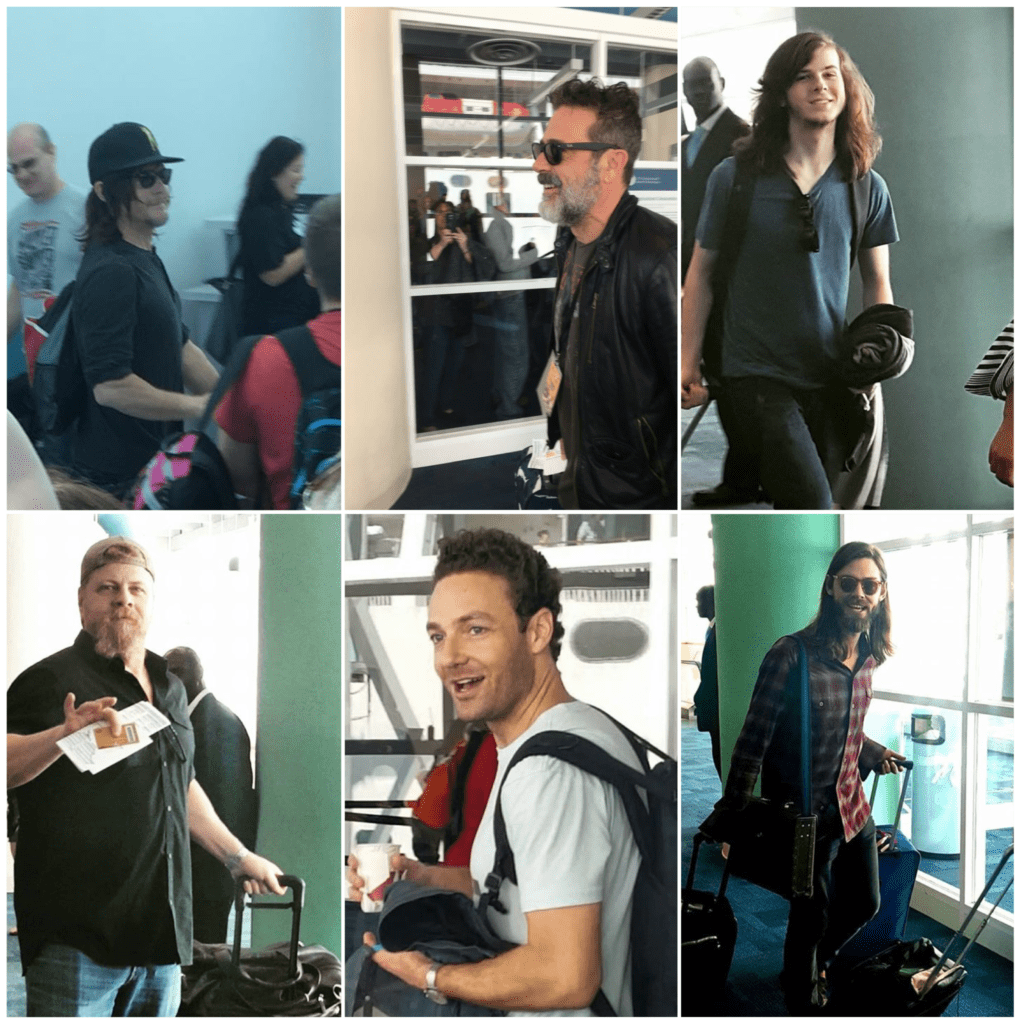 Some shots come from Cassie Leigh and Rich Boldin on Facebook and others have been scattered from various users on Twitter with the hashtag WSCruise. 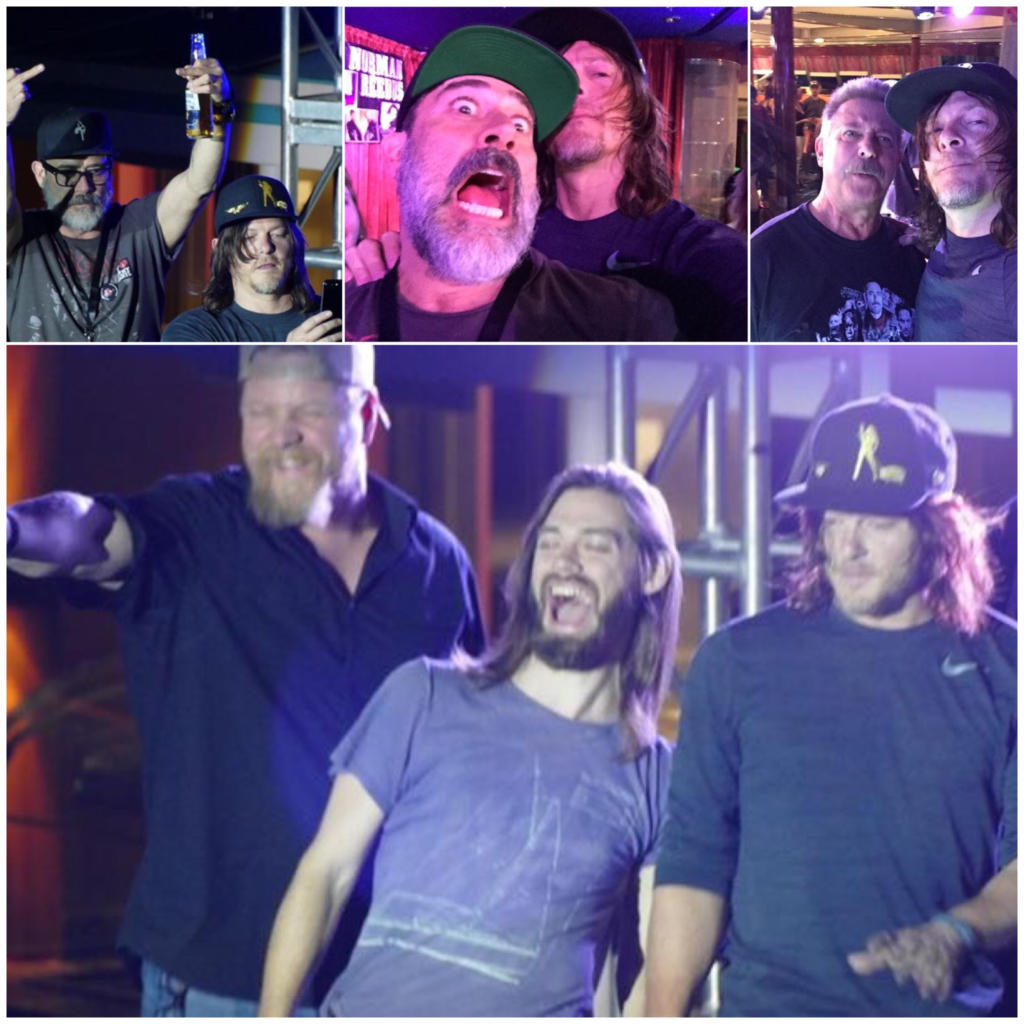 If you’re on the cruise and opted for the WiFi Package, keep the updates coming and you just may see your photos uploaded in a post on our site. We can’t wait to see more fan photos, incredible selfies, and photos from your zombie bash!

We hope you’re all staying thirsty on the cruise, our friends. 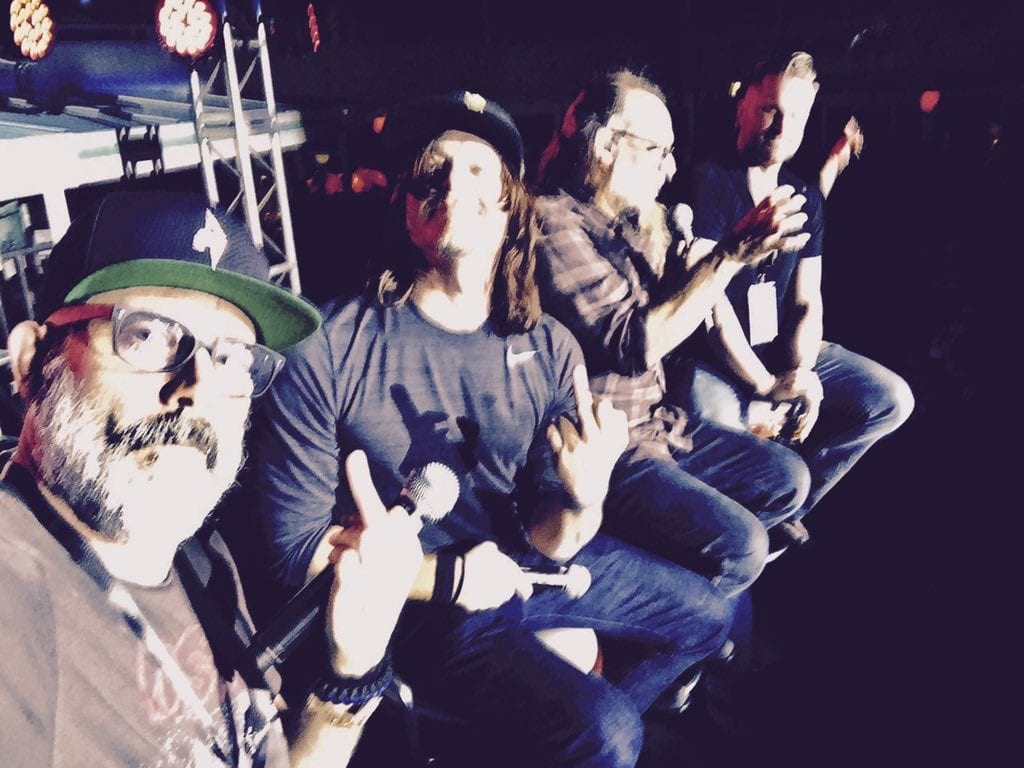