Sheldon dreams of working on the space satellite and saving the day with his intelligence. Sheldon wants to forgo high school and audit a college class. Meemaw drives him to the class and Meemaw makes a friend: Dr. Sturgis. Sheldon loves the lecture and Meemaw has a date. 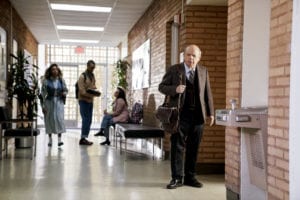 With Sheldon at college, Missy is desperate for help with her homework so she turns to Georgie. At first, they don’t quite get it, but after a while, they surprise themselves and work through it. They end up with a 100% A+ on the paper. 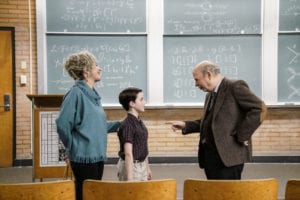 It was a bit awkward seeing an adult who is exactly like Sheldon. But Wallace Shawn is a wonderful actor and he made a great addition to the cast. I hope to see more. He’s so cheery and sweet and adorable. I hope Meemaw keeps him around. And Sheldon’s involvement in the whole ordeal was hilarious. He’s 9 and he knows what it means to court and have relations. I can’t with him sometimes.