Sheldon grew up in a football loving home, his dad coaches and his brother plays. Sheldon, having grown up watching football and being ridiculously good at math enlightens his family with the statistics of the game.

His dad uses these statistics in the next game and you know what, they worked. 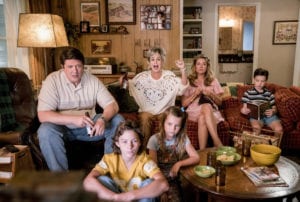 Sheldon gained a significant amount of popularity because he has been helping the football team win. He is bombarded with high-fives and hugs.

A cheerleader hugged me to her bosom-Sheldon

All of this attention may be unwanted on Sheldon’s end, but Tam is loving it.  They are even invited to a party, Sheldon’s first high school party. Since it’s past Sheldon’s bed time, Tam tricks him into going by saying his mother already knows and is okay with him going. Naturally Missy joins along. 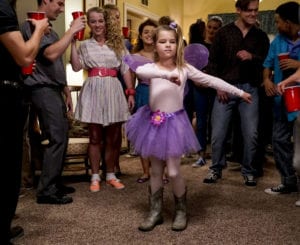 Because he went to the party, Sheldon didn’t get enough sleep and got a B+ on his math test. He recognizes that he is on a downward spiral and vows to make a change. After all, he doesn’t want to end up like a drug dealer or lawyer.

So he does what any younger sibling would do, he tattles.

No one is allowed to use Sheldon to gamble or win football games anymore. Probably for the best, seeing as Meemaw seems to have a bit of a gambling issue.

It was very nice to see George find something in common with Sheldon. It just goes to show that football brings everyone together. On the other hand, it was a bit concerning seeing Meemaw use her moon-pie to help her gamble. It was also nice to see Sheldon and the other high school students “getting along.”  As much as Sheldon doesn’t like it, I do hope that Sheldon gets more friends.

Happy Thanksgiving and see you next week.

‘Young Sheldon’ Recap “A Therapist, A Comic Book, And A Breakfast Sausage”