‘Tis the season for the Sanderson sisters to put spells on us and sing magical musical numbers, and even though we’ve been watching Hocus Pocus every year for 14 years there is still so much we don’t know about the cult film. For instance, EW recently sat down with Hocus Pocus director Kenny Ortega, of High School Musical fame, who shared some awesome behind the scenes trivia about the film, including one little tidbit about a super famous actor who once read for the role of Max.

“The [casting] ladies called me up and they said, ‘We’re sending you an actor today but he’s not available but you’re going to fall in love with him but you can’t have him.’ I’m like, ‘Why are you teasing me?’ They were like, ‘You need to see this guy because he’ll inspire you and if nothing else, he’ll help you find the right guy to play Max.’

So, who was this talented young actor? None other than a young Leonardo DiCaprio!

And they send me in a young Leonardo DiCaprio, who I completely and absolutely fall in love with. He’s just the most sincere and most centered and a wild child at the same time. He was feeling awkward. He was like, ‘I just feel really bad being here because I’m up for two other movies and I really want them both and I don’t want to lead you on.’ I was like, ‘That’s okay, I was already warned. What are the movies?’

One of them was This Boy’s Life and the other one was What’s Eating Gilbert Grape. Obviously, he left and incredible things happened for that young man and to this day, but meeting him awakened me to the kind of spirit and fun and sincerity that I was looking for in an actor and when Omri Katz came around, I fell in love again and he was our Max.” 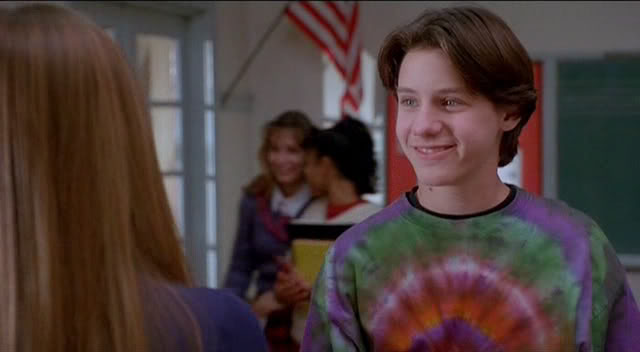 DiCaprio went on to receive an Academy Award nomination for Best Supporting Actor for his role in What’s Eating Gilbert Grape and Hocus Pocus went on to be one of the most beloved and watched Halloween movies of all time so it’s safe to say that either decision that DiCaprio made probably wouldn’t have been a bad one. However, we can’t imagine Hocus Pocus without Omri Katz and every award season without DiCaprio!

There May Be a ‘Hocus Pocus’ TV Movie in the Works!