With Avengers: Endgame‘s Stark Nano Gauntlet in plastic brick form, the conclusion of 11 years of Marvel Cinematic Universe films is now available for you in LEGO form!

The emphatic “I am Iron Man” line spoken by Tony Stark during Endgame’s climax, as he snaps Thanos and his army away, securing the victory for our heroes. The nano gauntlet was dreamed up by Stark, Rocket Raccoon, and Bruce Banner in the narrative. You may now construct it out of LEGO bricks! 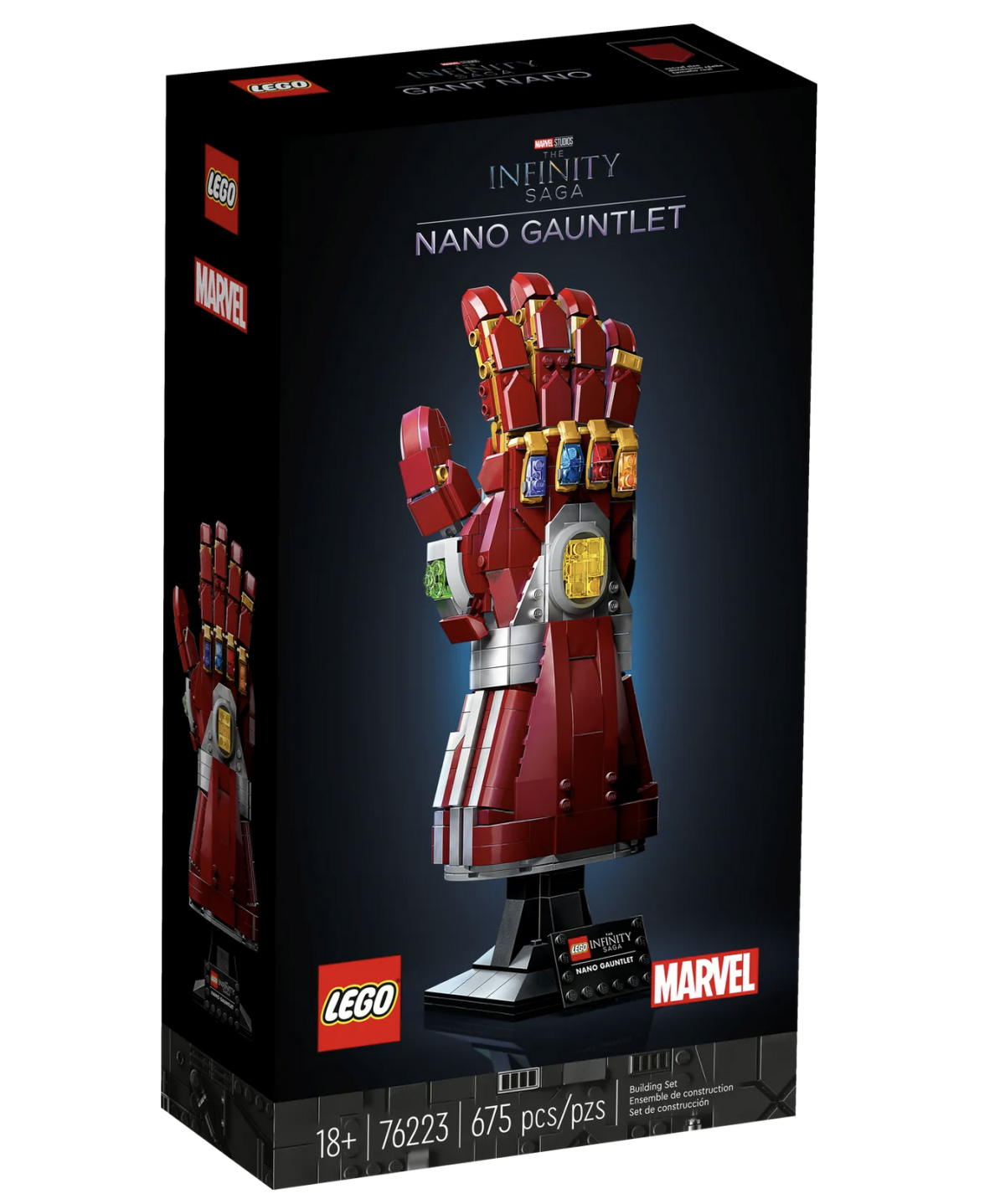 The gauntlet comes with a small buildable plaque and can, importantly, re-create the snap action. It’s part of LEGO’s 18+ collection, but it may be built by anyone.

Capture the spirit of Marvel Studios’ Avengers: Endgame, with the LEGO® Marvel Nano Gauntlet (76223) – a challenging and rewarding model-making project, designed with adult fans in mind.

This LEGO brick recreation of the iconic Nano Gauntlet is sure to captivate all who see it. Created with adult model-makers in mind, this vibrantly coloured build-and-display piece features movable, jointed fingers and a descriptive tablet attached to a sturdy base.

LEGO has previously released an Infinity Gauntlet set, which featured a replica of Thanos’ gauntlet. The nano gauntlet has only previously been included in one 2019 set, with a Professor Hulk figure.

Home » Movies » You Can Now Purchase a LEGO Replica Of the Stark Gauntlet From ‘Avengers: Endgame’