For the past few years, Kevin Costner has been starring as John Dutton in Paramount Network’s Yellowstone. And despite a fifth season of the record-breaking cable drama just months away from its premiere as filming continues in Montana, Costner has been hard at work on his own Western project.

Costner will produce, star in, and direct the upcoming feature-length period drama Horizon through his own production company Territory Picture.

The two-time Oscar winner will transport viewers back to the American Civil War era with his new movie, which spans 15 years before, during and after the conflict. 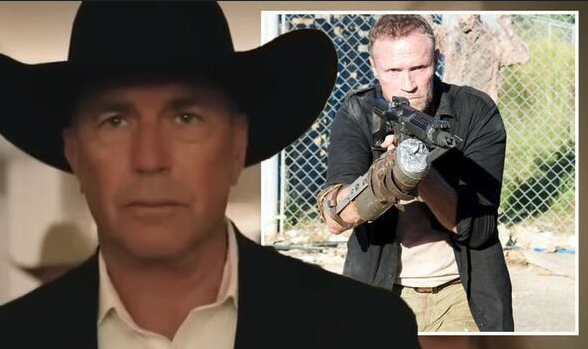 Deadline reports: “The journey was full of danger and excitement, from the natural elements to the interactions with indigenous peoples to the determination (and sometimes ruthlessness) of those who sought to settle it.”

With numerous well-known celebrities already on board, it’s been confirmed that the latest cast list will include George Costner, Matt Damon, and Jack Black.

Beth Dutton should’ve been murdered by Jamie, according to a plan hole in the Yellowstone park.

One of which is Michael Rooker, a.k.a. Merle from The Walking Dead and a star of Guardians of the Galaxy.

Rooker is mostly recognized by fans of the AMC horror series as Merle Dixon, the rude and impetuous brother to Daryl Dixon (Norman Reedus).

The latest round of casting calls has also confirmed Jena Malone from Goliath, Alejandro Edda from Narcos: Mexico, and Tatanka Means from Reservation Dogs will appear alongside Costner.

Since production is still in its early stages, there is no confirmed release date for Horizon.

However, Costner fans won’t have to wait long to see him on screens again, as Yellowstone season five is set to premiere in November.